Below Deck Mediterranean executive producer Nadine Rajabi says she was shocked to learn that chief stew Hannah Ferrier brought valium on board the boat this season. 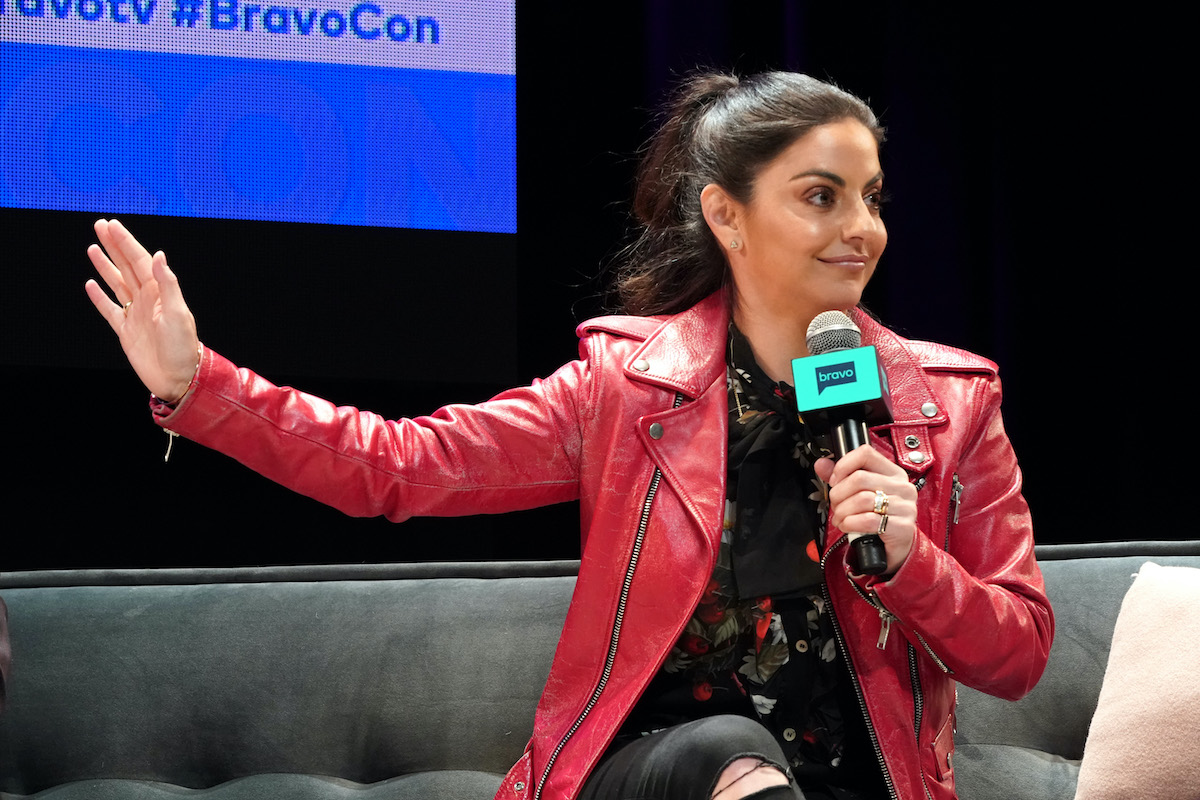 She only learned about the medication when Yawn discovered it via a photo sent to her from bosun Malia White. During a cabin switch, White snapped a photo of Ferrier’s prescription valium and CBD pen. She later texted the photo to Yawn. Yawn is seen in her cabin at night looking at the photo in shock. “Wow,” Yawn softly says as she views the image.

“I have to be honest. My heart sank,” Rajabi told Vanity Fair. “It was very shocking.” Rajabi has discussed the franchise in the past and leaned toward the more comedic and lighthearted moments from the show. She also shared she could feel the heaviness when the show would take a darker turn.

The moment in Captain Sandy’s office was unprecedented

Clearly rattled, Yawn called Ferrier into her office to discuss the findings. She invites a witness, the first mate who is not featured on the show to go through protocol. “We have never had anything like this. It was completely unexpected,” Rajabi told Vanity Fair.

“A lot of times we don’t know what’s happening [because there are so many cameras rolling at all times], but the beauty of the show is the whole boat is rigged,” Rajabi shared. “I said, ‘Can you guys go back and see if Hannah was taking any sort of pills? Is there a Valium box? Is there a pill?’ So we basically have to back out of it to see, does the evidence exist?”

We have an airdate! #BelowDeckMed is coming back June 1st @bravotv! Ahhhhhh!!! ⁣ ⁣ Thank you to our amazing team and yacht crew for making this show so special. ⁣ ⁣ Who knew my life would take such a turn from stand-up comedy to yachts! Life is funny like that… ❤️⚓️🛥❤️ ⁣ ⁣ Thanks to our amazing exec and partner @bravotv @joshuavonbrown AND to @leeanneirvin @el_dub_d for their amazing work on our brilliant promos year after year ❤️⚡️

She knew that the crew had to follow the law and producers could not intervene. “The truth is, maritime law was broken, and Sandy had to make a decision,” Rajabi explains. “And the decision was, she has a reputation at sea. It was all being recorded. It’s almost like a police body cam. Sandy could have been in really big trouble had she not reported it.”

Rajabi wishes that Ferrier had just been upfront from the beginning. “We’ve had a lot of shocking things,” she said. “That was one of those things where it was like, ‘Just tell us the truth before we start shooting. Because no matter what, the truth always comes out, and the cameras always catch it.’” She recalled how White and chef Adam Glick lied about hooking up before the start of the show during season 2. The relationship was ultimately revealed and Glick broke the fourth wall.

She hates to watch the cast fight

Rajabi opened up about the moments she loves (and doesn’t love) while producing the show. “I also live for the moments where after you drop off the guests and [the crew] has their nights out. And they come back to the boat and they’ve all been drinking. I mean talk about watching funny drunk people.” she said on the Bleav No Script No Problem podcast.

“I wish people could watch the raw footage because the stuff you see in people’s bunks or what they’re doing,” she continued adding that she cries from laughing. “I’m laughing with them. I’m crying with them. The parts that hurt me are when I watch them fight. I, personally as a human being, wanna go like, ‘You guys please just stop fighting!’ But I can’t! I have to let it all unfold and it kills me.”

Before season 5 began, Rajabi teased about how the season has ups and downs.  “As a producer, I don’t love seeing the downs, but it’s real life and just like the viewers, we are watching it unfold in real-time,” she shared with Decider. “It’s the takeaway that’s important.”