In an interview about sexism in the yachting industry, former Below Deck Mediterranean stew Lauren Cohen revealed that she thought one of the male deckhands was going to physically assault her. 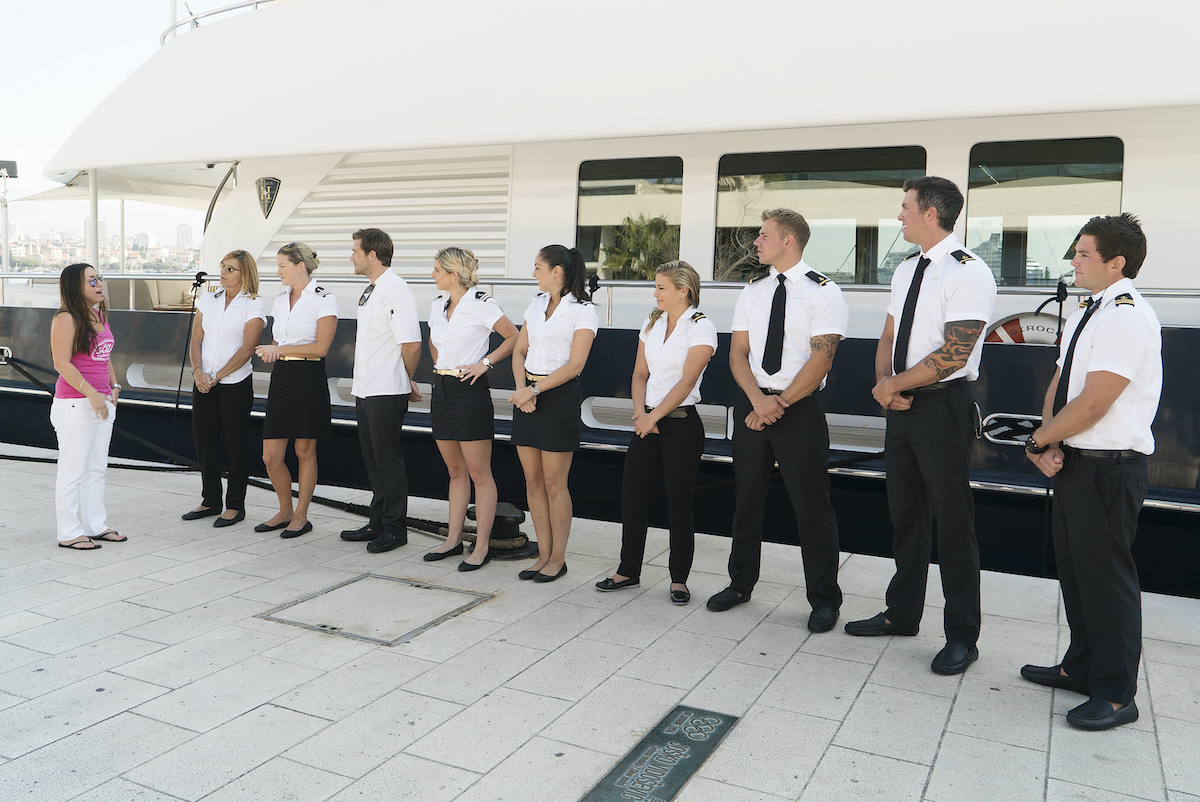 She felt so threatened by the deckhand that she approached a camera operator. Cohen asked if producers would stop her from being assaulted. “Halfway through production, I’m talking to the camera guy, saying ‘this guy’s really about to punch me in the face,” she told Men’s Health. “Are you going to stop this?’” Cohen did not name the deckhand in the article.

Cohen said the interaction was never included in the episode.  “I completely shut down to the point where I didn’t want to get involved in anything to do with the show,” she said adding that instead she was told to “suck it up.”

While Cohen’s encounter was not filmed, the aggression from bosun Ashton Pienaar toward Kate Chastain was included on Below Deck. During a drunken van ride back to the boat, Chastain rode in a vehicle with Pienaar and three male crew members. Pienaar became angry when Chastain asked Pienaar about his mother, viciously punching the inside of the van door.

Throwback to night 1 before we all started hating each other for nonsense reasons. New #BelowDeck tonight on @bravotv

Chastain also felt physically threatened. “He punched the window, he came over the seat towards me,” she recounts. “The only reason he didn’t get to me is because Kevin, who hates me, held him back. If I had been in a van with Simone or Courtney, or not two strong males, I don’t know what Ashton would have done.”

Some women feel unsafe in the industry

Sexual harassment but also violence is a top-of-mind subject for many women who work in yachting. A female crew member reported a male crew member for rape in 2015, which isn’t uncommon, Superyacht News reports.

“This is, unfortunately, a very sad reality in the industry,” a female crew member, who asked to remain anonymous said. “I know of a few incidents where girls have been in similar situations, luckily none of them as bad as what was reported [in 2015]. I myself, unfortunately, experienced unwanted attentions from a male crewmember to the point where he came into my cabin drunk and pulled me out of my bunk, I was lucky as there were other people there.”

When you hop on a video chat and realize you're not sitting in your designated clean space. #BelowDeckSailing

The crew member said the captain did nothing when she reported the crew member. The reason was he was “well-liked” by the guests.

“It is not unusual for stewardesses to lock their cabins to prevent unwanted visits in the night from drunk crew,” she added.

“With alcohol being involved and the way society is, it is often blamed on the girl for having sent out the wrong messages, or because she is passed out and can’t actually defend herself from unwanted advances.”