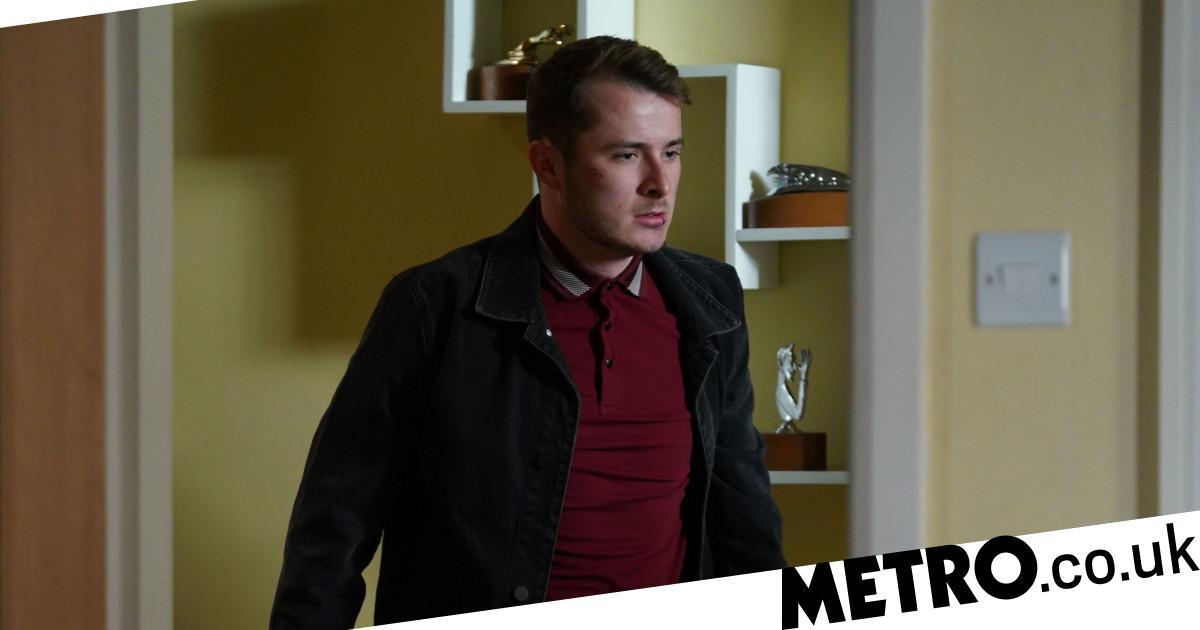 Ben Mitchell (Max Bowden) is on the warpath in EastEnders tonight as Sharon Mitchell (Letitia Dean) lets slip that Phil (Steve McFadden) has removed him from the will – and replaced him with Keanu Taylor (Danny Walters). Phil has tired of Ben and continually feels that he lets the family down.

After watching him get drunk and then beaten up after provoking some men in E20, Phil made the changes so that Keanu and Louise (Tilly Keeper) – along with their child – would get Ben’s expected share. Since coming back to the Square, Ben has been dead set on getting his hands on what he feels he owes but he has started to soften as he finally feels his dad is proud of him.

That is all shattered when Sharon makes her faux pas and drops the bombshell on him that he is not part of the will. Not one to think things through before reacting, Ben waits in the Arches and lures Keanu there – and is that a gun we see him arming himself with? Could he be set to murder Keanu in cold blood so as to take his place in the will?

Ben is also distracted when he finds out more about the profits of E20 and he shares with Lola Pearce (Danielle Harold) that it’s more of a goldmine than he thought – this could be where he hits Phil where it hurts.

Speaking of hitting Phil where it hurts, there is set to be a brutal attack coming wis way and all eyes are on unpredictable Ben as his dad is left fighting for his life. Ben is by no means the only one who might want Phil’s blood. But as Phil lies on what could be his deathbed, will Ben turn the situation to his advantage?

EastEnders continues on Monday 29th July at 8pm on BBC One.

END_OF_DOCUMENT_TOKEN_TO_BE_REPLACED

END_OF_DOCUMENT_TOKEN_TO_BE_REPLACED
We and our partners use cookies on this site to improve our service, perform analytics, personalize advertising, measure advertising performance, and remember website preferences.Ok