Big Brother live feeds: Nicole brags to Cody about their 'team,' says nobody has figured it out 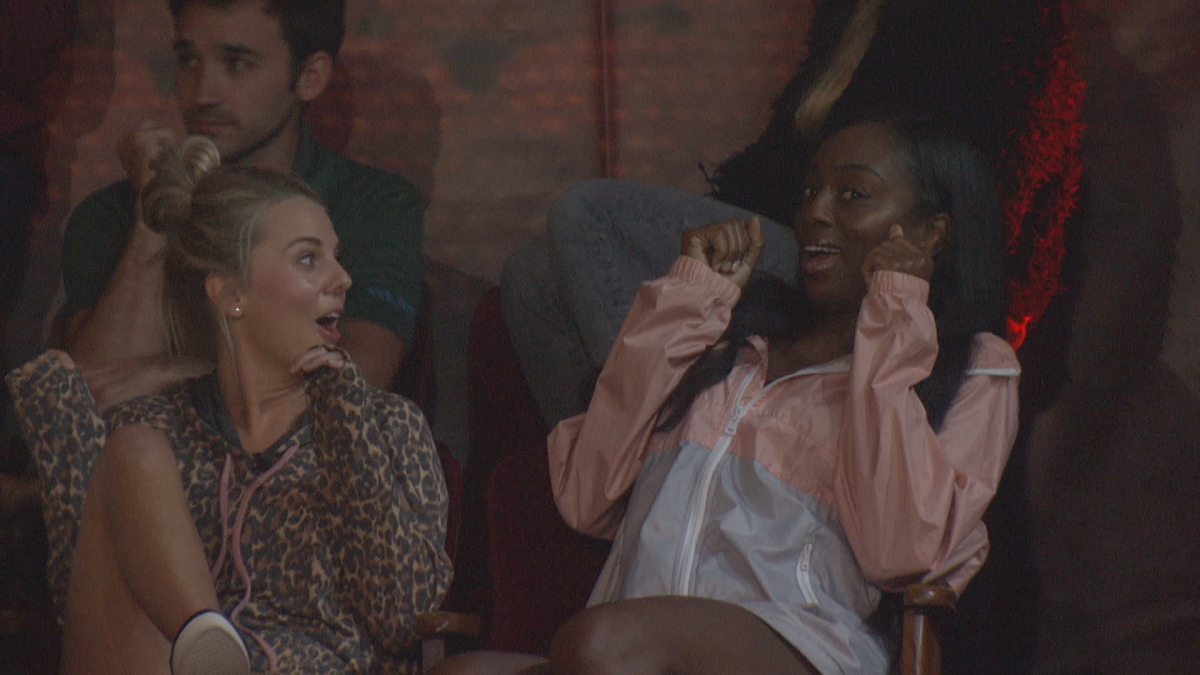 The Big Brother live feeds yielded an interesting conversation between Nicole Franzel and Cody Calafiore on Friday where they discussed their final two arrangement.

Nicole and Cody were on Big Brother 16 together and were rumored to be in a pre-game alliance that was set up in part by Derrick Levasseur.

As seen on the BBLF, Nicole is of the mindset that nobody in the house figured out that they were aligned and that the only reason anyone knows anything is due to the wall-yeller.

The wall-yeller she is referring to delivered a message that Evel Dick Donato took credit for recently. A fan was outside of the lot where the house is located and yelled, “Nicole and Cody are playing you all.”

Later, a plane reportedly flew over the BB22 house, trailing a banner that also alluded to Nicole lying to other houseguests about who she was aligned with.

Why wouldn’t people go into the season assuming that Nicole and Cody would be linked since they know each other outside of the house? Maybe they do know and have just not done anything about it yet?

Slightly before 7 p.m. PT (Big Brother house time) on Friday night, Nicole and Cody were seen chatting on the house feeds. It was time for them to gush over each other, much like Kaysar Ridha (he figured them out) had suggested during his eviction speech.

Nicole told Cody that she would gladly take second place to him and he told her that there was no way that he could beat her in a jury vote. They spent the conversation pumping each other up, trying to show that they were fine deferring the prize money to the other person, and enjoying their alliance to its fullest.

It has been very clear that Cody and Nicole are definitely running the house. Cody is helping keep his alliances in power through competition wins and strategy, while Nicole is helping further their games by spreading disinformation and creating targets.

The strategies that Nicole and Cody are working with could definitely lead to them being in the final two, especially if any of the houseguests are just playing in fear and refusing to make the necessary big moves to get them out of the game.

The problem is that nobody from the core alliances feels like they are really on the outside, so no bold moves have been made. And, no, nominating and evicting Janelle Pierzina and then Kaysar Ridha were not bold moves, because those were bigger targets that could have been used as shields for weeks to come.

A lot of social media posts have been focused on Nicole Franzel and how she is playing the game this summer. At one point, Nicole and Cody were trending on Twitter.

BB21 cast member Kathryn Dunn called Nicole petty, while BB18 cast member Natalie Negrotti said she would not vote for Nicole if she could do it over. Paul Abrahamian really liked that latter statement.

Live feed subscribers also got very fed up with having to watch Nicole continuously talk about Janelle. It led to the term “Janellousy” getting posted frequently on Twitter.

If Cody Calafiore and Nicole Franzel make it all the way to the final two and one of them is named the Big Brother 22 winner, they may not care about how they are viewed. Winning the show is the goal and some people believe in doing any- and everything it takes to make it to the end.

END_OF_DOCUMENT_TOKEN_TO_BE_REPLACED

END_OF_DOCUMENT_TOKEN_TO_BE_REPLACED
We and our partners use cookies on this site to improve our service, perform analytics, personalize advertising, measure advertising performance, and remember website preferences.Ok