Remembering Birds Of A Feather – This Morning

ITV bosses confirmed they have finally axed the long-running series despite a hit Christmas ­special, which saw just Linda Robson and Lesley Joseph return. The festive outing, which pulled in 7.9 million viewers, followed a three-year break and Pauline’s exit amid reports of infighting with Linda, her pal of 50 years. A show source said: “Things are bad between her and Linda.

“There are no current plans ­for a new series.”

It is understood the producers did not see a future without both Pauline, 61, who played Sharon, and Linda, 63, who was her sister Tracey in the show. The ­characters had moved in together after their husbands were sent to prison for armed robbery.

Lesley, 75, completes the line-up as their friend Dorien.

The source added: “Without Pauline, there is no Birds Of A Feather. You cannot have Tracey without Sharon and there is no way Pauline will be going back. 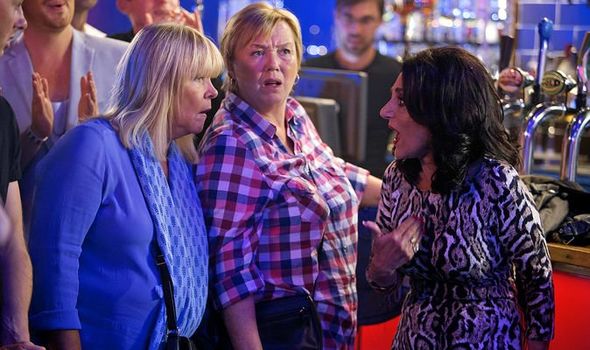 “Linda and Lesley gave it a go but, despite figures being good, ITV won’t be ­recommissioning it.”

Linda recently dismissed the reported feud as “a load of old codswallop” and stressed she and Pauline are still friends.

She insisted the former child star missed the Christmas special because she wanted to step away from the limelight.

Pauline’s husband Steve Sheen said she wanted to focus ­on her 200 performing arts academies with the easing of Covid restrictions by “rebuilding the brand and the business that gives so many children ­confidence in life”.

Created by Laurence Marks and Maurice Gran, the comedy first aired on BBC One in 1989 and was revived by ITV in 2014.