Bradley Walsh delivers warning to The Chase contestant after rule break ‘Can’t do that!’

Bradley Walsh welcomed four new contestants onto a recent instalment of The Chase but was left exasperated when one of them broke the show rules as she decided which offer to take from the Chaser. This particular contestant, Jenny, was convinced she knew which offer she wanted to take but the ITV quiz host urged her not to be so hasty.

The first two contestants to face Anne ‘The Governess’ Hegerty were John and Bethan.

Both of the players made their way through to the final and added £14,000 to the jackpot prize fund between them.

John and Bethan decided to play for the money they had earned despite Jenny advising them to take the higher offer.

Shamit was the third contestant to face the Chaser and once again Jenny urged him to take the higher offer. 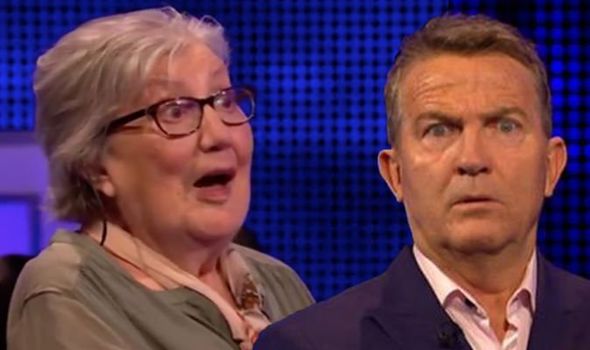 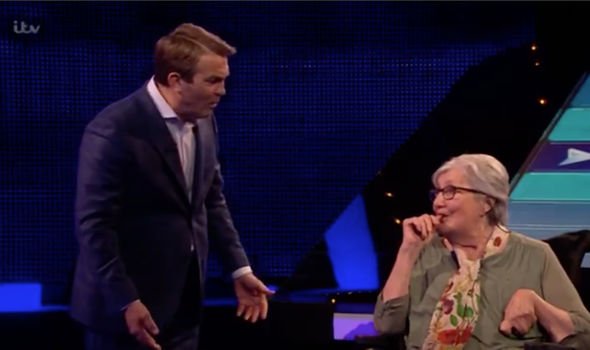 Unfortunately, Shamit was caught by Anne and missed out on a place in the final.

Jenny was the fourth and final contestant to take on the Chaser after earning £4,000 in her cash builder round.

Anne offered Jenny the option to take a step closer to home for minus £2,000 or a step further away for the chance to win £61,000.

Bradley said: “You’ve been recommending other people should go high. Take your own advice, £61,000.” 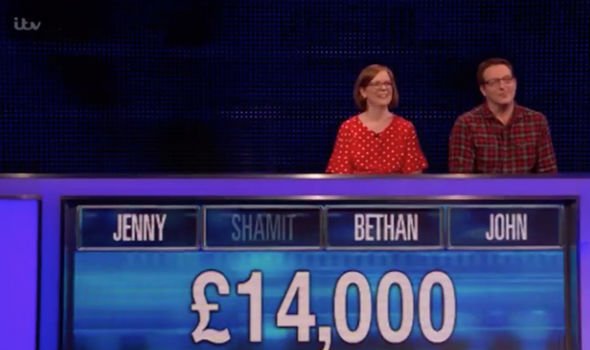 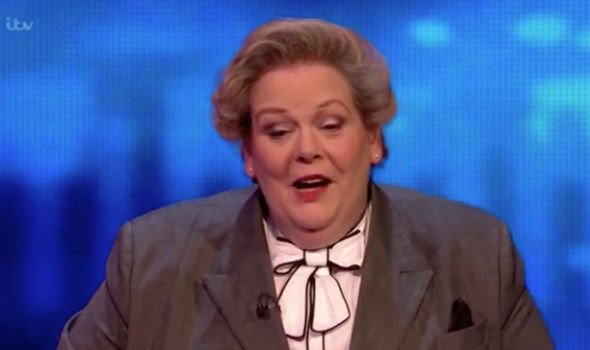 “Hang on a minute you’ve got to have a chat with everyone else first,” Bradley warned.

“What do you think, John and Bethan?” Jenny asked.

John replied: “I think it’s mute what we think because I’ve got a suspicion you’re going high and I’m with you all the way.”

“I wish I had your confidence,” Jenny quipped. “What about you brainy Bethan?”

“We’d love to have you back,” Bethan replied. “You’ll probably go high but we’d be happy with whatever you choose.”

“You can’t give the game away like that,” Bradley scolded.“We’ve got to build-up to the table.”

“Okay, darling off you go, build-up,” the contestant remarked.

Jenny reiterated her decision to go for the higher offer before Bradley kicked off her head-to-head.