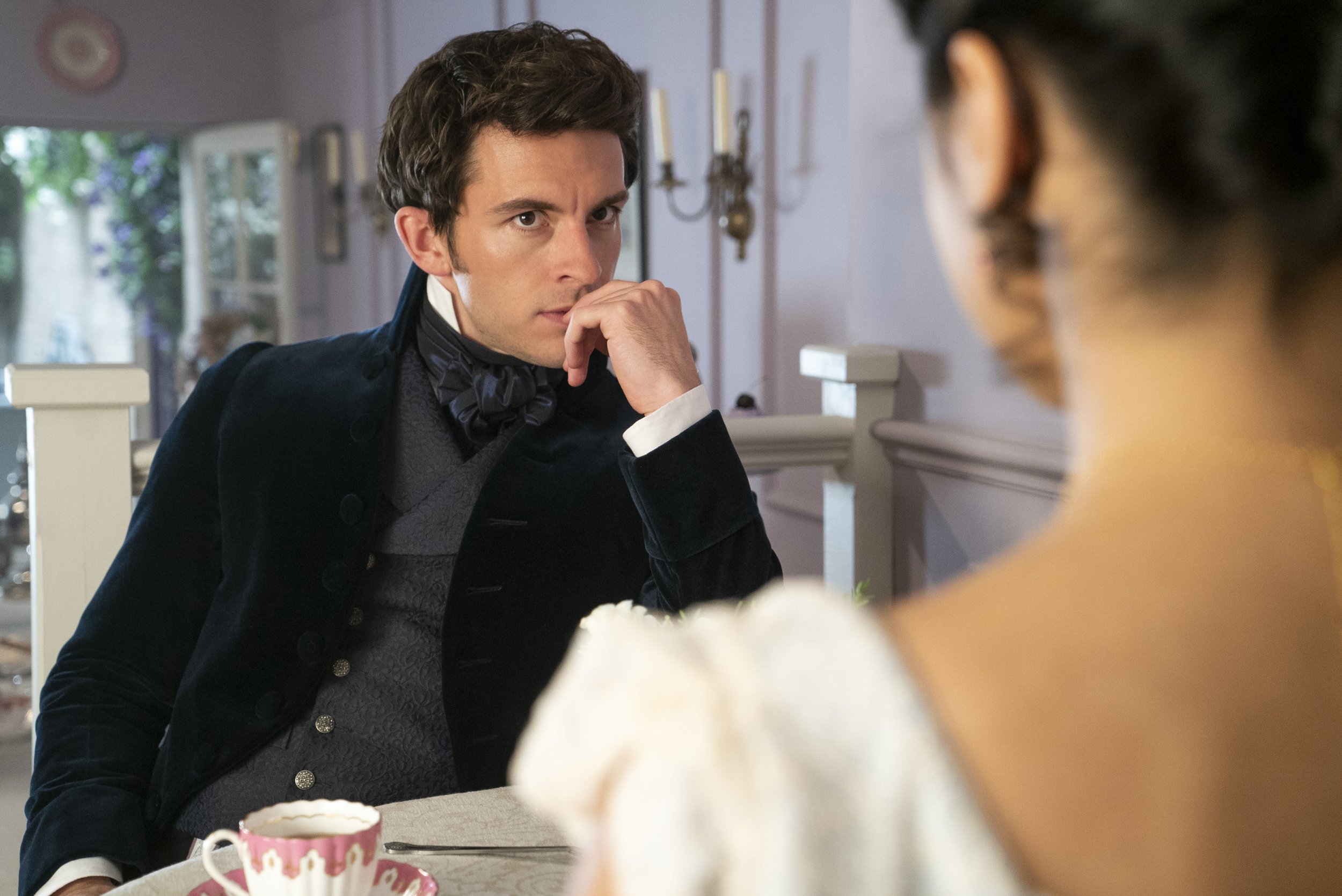 One of the stars of Bridgerton has teased a ‘turning point’ that Anthony Bridgerton (Jonathan Bailey) will experience in season 2 as the character goes through a transformative journey.

In the new episodes of the desire-driven period drama on Netflix, the focus shifts to Anthony, the Viscount and eldest sibling of the Bridgerton family as he embarks on his quest to find a wife, scrapping the thought of trying to find a love match in the process.

While he initially sets his sights on Edwina Sharma (Charithra Chandran) as his possible bride, her older sister, Kate Sharma (Simone Ashley) tries to stop their courtship from happening after finding out his true intentions… before getting caught up in her own feelings.

At the premiere of the second season at London’s Tate Modern – which was attended by stars including Simone Ashley, Shonda Rhimes and author Julia Quinn – Will Tilston, who plays the young Gregory Bridgerton in the show, spoke to Metro.co.uk about a scene his character shares with his older brother.

Will, 15, opened up on how much it meant to him to share the screen with the lead actor, while also detailing the significance of their moment together.

‘It’s quite a big turning point for Johnny’s character Anthony,’ he revealed.

‘It was just so nice having a one-on-one scene with Johnny. We spoke about it before, and it was this massive build up. It’s going to look really special on screen.’

Meanwhile, Florence Hunt, who plays Hyacinth Bridgerton in the drama, told Metro.co.uk and other press how supportive Jonathan and the rest of the cast have been to the younger members of the cast.

‘Everyone in our family in Bridgerton, they’re all so supportive,’ she said.

‘We had a really good talk with Johnny Bailey at the preview and he was just like supporting us. He was like, “If you ever need a call, you can call me.” He’s literally the nicest human being.’

During a recent press conference attended by Metro.co.uk, Jonathan revealed he suffered a wardrobe malfunction on set while filming a fencing scene, when the crotch of his costume ripped.

Talking of the ‘embarrassing’ incident, he said: ‘As men, we’re not going to complain about restrictive clothing when we’re sat with the women and their corsets, but the fencing outfits were quite tight in various different places and we were wearing plimsolls on quite a dewy morning on the grass.

‘Going in for my final lunge with Benedict, my crotch ripped and it’s all on camera.’

He added: ‘It’s just in those moments where you suddenly realise you’re being filmed by four different cameras and I sort of screamed, “this is just so embarrassing!”’