BRITNEY Spears's song Mood Ring from her 2016 album Glory has hit number one in the music charts.

The pop star, 38, shocked fans by releasing the track on Friday night and it has already beaten Lady Gaga to top the iTunes chart. 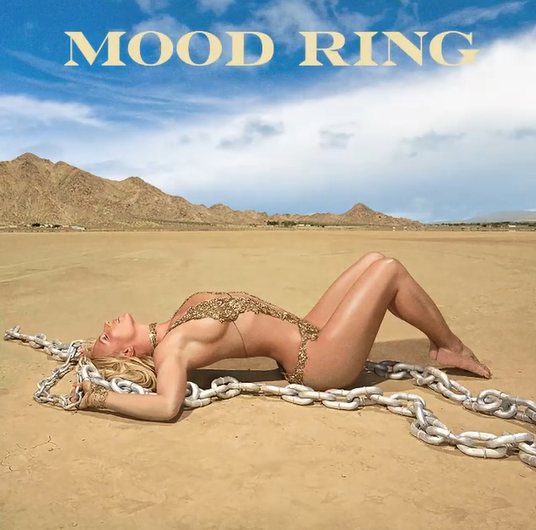 Mood Ring was previously only available in Japan as a bonus track on Glory, but Britney decided to release it in the US with new cover artwork.

Sharing a snap of the album cover, Britney wrote: "Repurposed this since we didn’t use it… You folks wanted a new album cover ….. ta da there you go!!!! 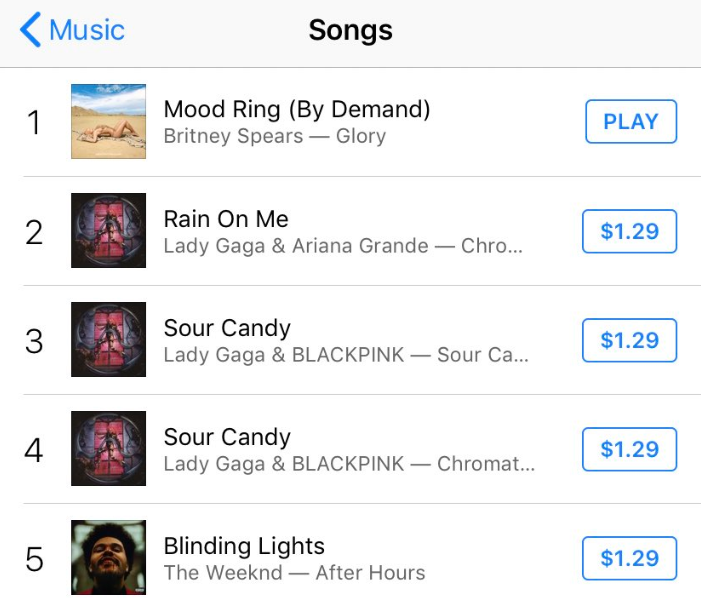 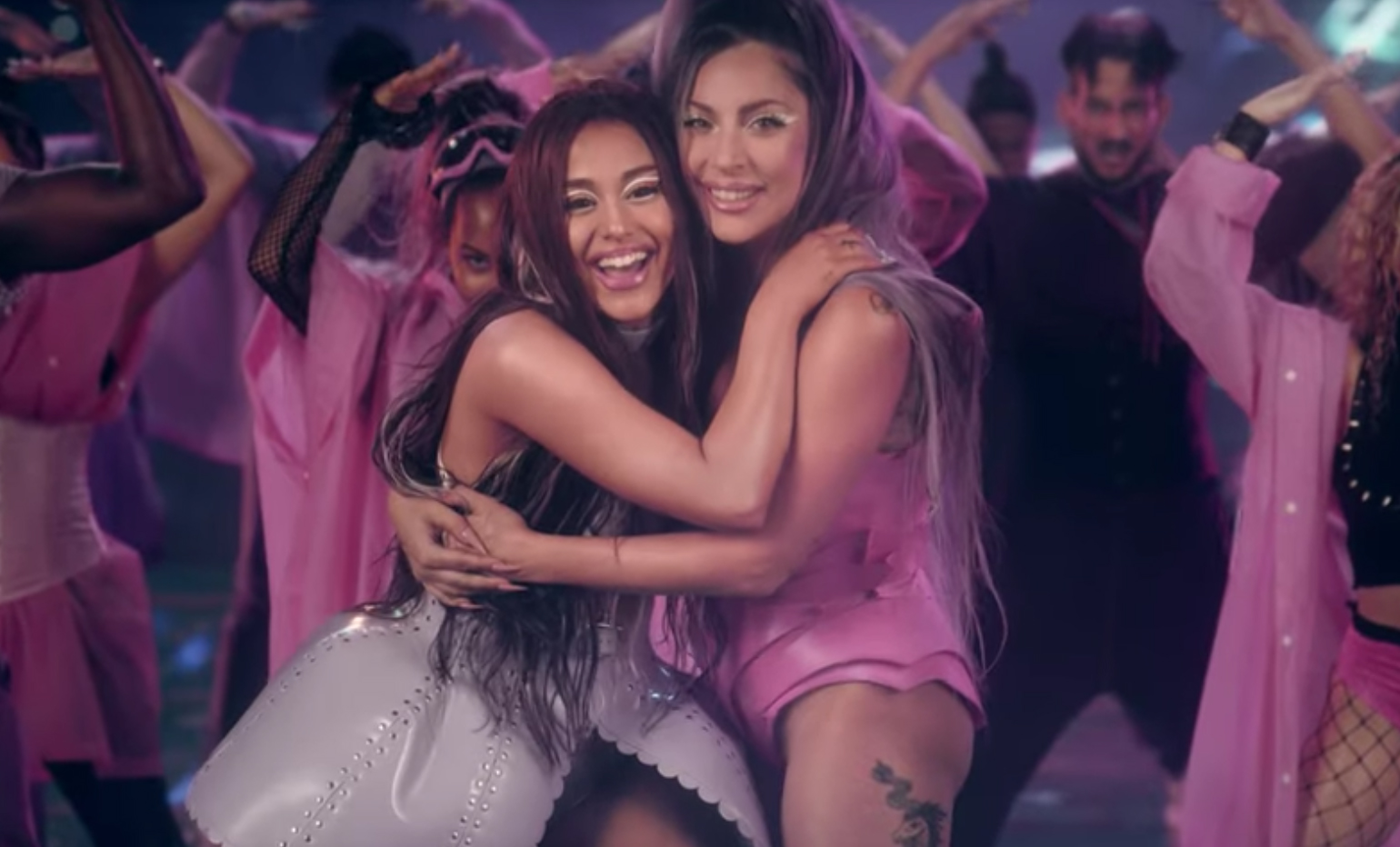 Gaga's song Rain On Me with Ariana Grande takes second place, and her track Sour Candy with BLACKPINK nabbed the third spot.

Mood Ring co-writers Melanie Fontana and Jon Asher admitted they were shocked that the song has topped the charts four years after the album was released.

Melanie told Billboard: "As I awoke to Britney's Mood Ring being No. 1, I was instantly catapulted backwards in my mind, landing in the middle of my childhood bedroom, watching the little version of me sitting on a carpeted floor covered in unfolded album inserts, my old Sony headphones on, researching all the names behind the artists I love."

Jon added: “I had literal tears and chills when I found out! The success of Mood Ring is truly a grassroots effort on behalf of the Britney Army and fans across the world.

“They gave this song the breath of life and took it to where it is right now.”

Britney excitedly teased the release of Mood Ring in a since-deleted tweet on Friday.

She wrote: “Omg!! I’m so excited to announce my new single Mood Ring out tonight!! You guys asked, I delivered. Can’t wait to share this with you all!!! And God Bless." 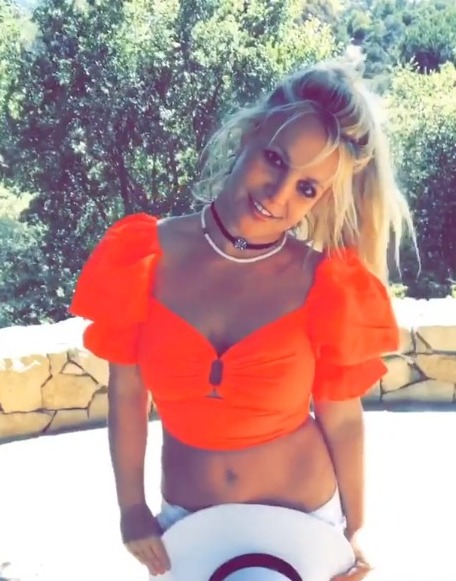 She also confirmed the news with an animated message on her Instagram Stories.

The star’s loyal fanbase couldn’t contain their enthusiasm and quickly got “#moodring” trending on the social media site.

Britney also treated fans earlier this month to an unreleased version of her Glory album cover four years after it came out. 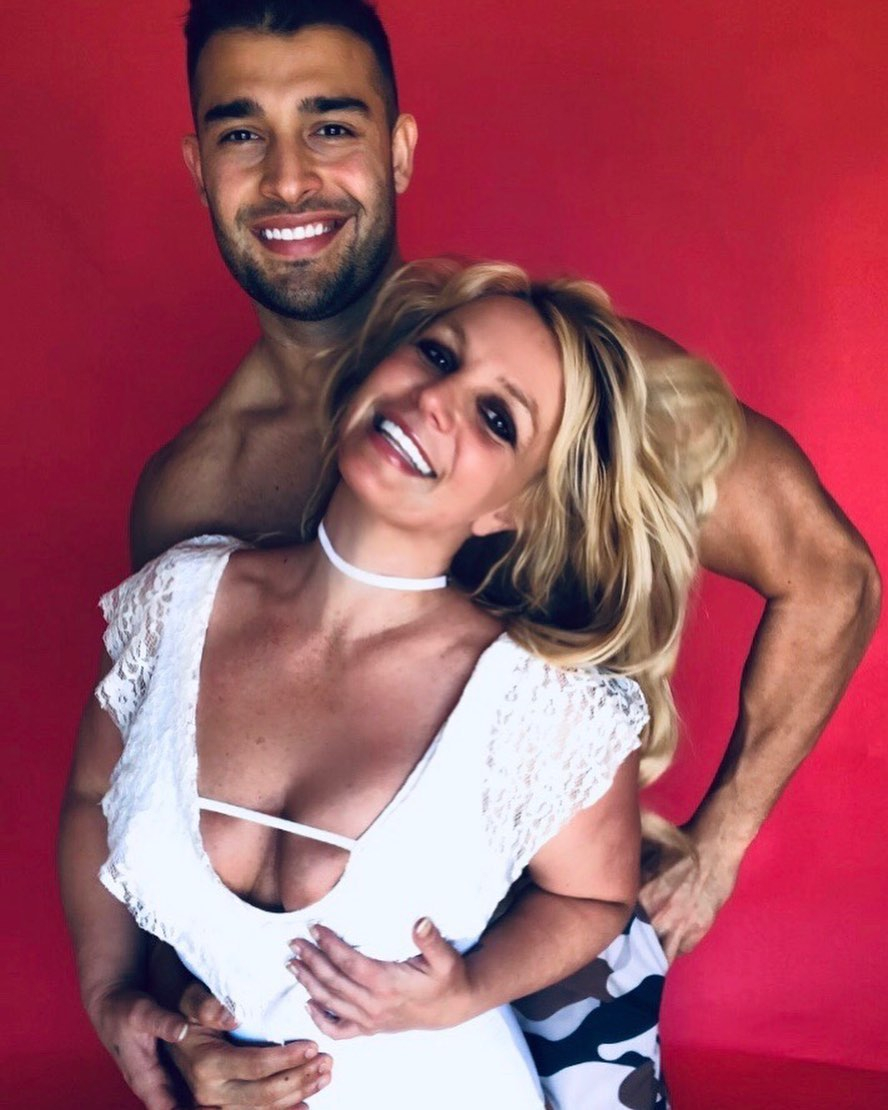 The hitmaker looked stunning in a skin-baring cutout one-piece swimsuit as she laid wrapped up in a chain in the middle of the desert.

“You asked for a new Glory cover and since it went to number one we had to make it happen!!!!" she wrote.

Couldn’t have done it without you all."