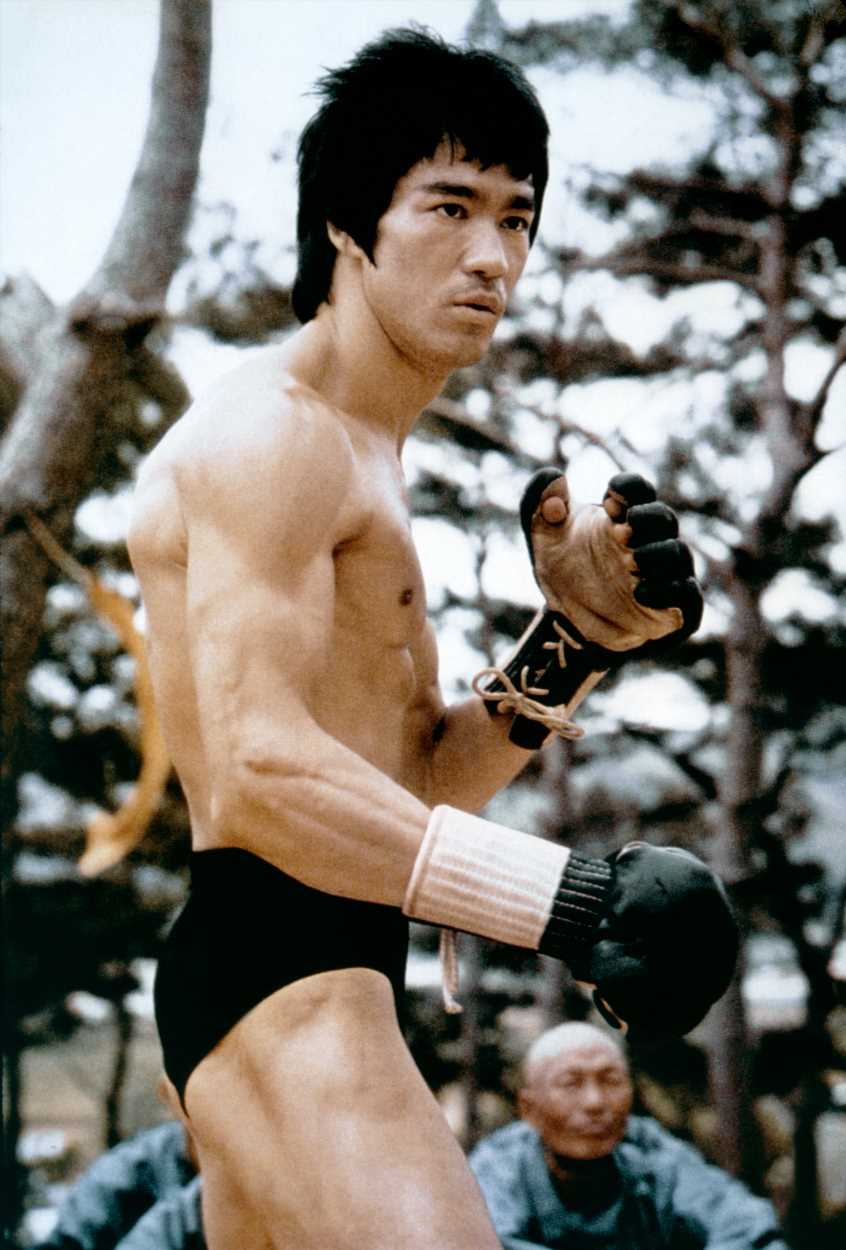 Bruce Lee’s daughter, Shannon Lee, says it was “disheartening” to see Quentin Tarantino depict her father in “Once Upon a Time… in Hollywood” as “an arrogant a–hole who was full of hot air.”

In the film, (spoilers follow), Brad Pitt’s stuntman character, Cliff Booth, trades cocky insults with Bruce Lee (Mike Moh), and the two agree to an informal, best two-out-of-three rounds fight on the set of “The Green Hornet” TV show. Lee easily knocks Booth down in the first round, but in the second, Booth slams Lee into a car, stunning him. The fight is interrupted before the third round.

Shannon Lee said it’s disheartening to see her father portrayed as an arrogant blowhard, because in truth, as an Asian-American in 1960s Hollywood, he had to work much harder to succeed than Booth and Rick Dalton (Leonardo Dicaprio), the fictional, white protagonists of the film.

“I can understand all the reasoning behind what is portrayed in the movie,” she said. “I understand that the two characters are antiheroes and this is sort of like a rage fantasy of what would happen… and they’re portraying a period of time that clearly had a lot of racism and exclusion.” She added: “I understand they want to make the Brad Putt character this super bad-ass who could beat up Bruce Lee. But they didn’t need to treat him in the way that white Hollywood did when he was alive.” A representative for Tarantino didn’t immediately respond to a request for comment Monday. Shannon Lee said Tarantino might be trying to make a point about how Lee was stereotyped, “but it doesn’t come across that way.”

Bruce Lee stars as Chen Zhen, a martial artist investigating the mystery of his teacher’s death in The Chinese Connection.

Actor Bruce Lee appears on a poster for the movie ‘Way of the Dragon’, which he also directed, 1972. The Colosseum is pictured on the bottom right. (Photo by Movie Poster Image Art/Getty Images)

LOS ANGELES – CIRCA 1970:Bruce Lee along with his mother and son Brandon pose for a family snapshot circa 1970 in Los Angeles California. (Photo by Michael Ochs Archive/Getty Images)

Also Read:How ‘Once Upon a Time… in Hollywood’ Turned Back the Clock on L.A.’s Streets

“He comes across as an arrogant asshole who was full of hot air,” she said. “And not someone who had to fight triple as hard as any of those people did to accomplish what was naturally given to so many others.” Shannon Lee saw the film Sunday. “It was really uncomfortable to sit in the theater and listen to people laugh at my father,” she said. She said that her father was often challenged, and tried to avoid fights. “Here, he’s the one with all the puffery and he’s the one challenging Brad Putt. Which is not how he was,” she said. She continues her father’s legacy through a website, BruceLee.com, her Bruce Lee Podcast, and the Bruce Lee Foundation, which hosts summer camps that teach children about her father’s martial arts and philosophy. “What I’m interested in is raising the consciousness of who Bruce Lee was as a human being and how he lived his life,” she added. “All of that was flushed down the toilet in this portrayal, and made my father into this arrogant punching bag.”

Also Read:‘Once Upon a Time…in Hollywood’ Fact Check: Did a Manson Follower Really Back Out at the Last Minute?

She said she understood that many characters in the film are caricatures, but noted that the film didn’t make fun of Steve McQueen, who is played by Damian Lewis. She also pointed out that while “The Green Hornet’ ran from 1967-68, her father’s hair and sunglasses are reminiscent of his look in the 1970s “Enter the Dragon” era. She said she didn’t take issue, however, with Moh, the serious Bruce Lee fan who plays him in the film. She said he did a good job with some of her father’s mannerisms, and his voice. “But I think he was directed to be a caricature,” Shannon Lee said.

Matthew Polly writes in his book “Bruce Lee: A Life” that Lee struggled to break into Hollywood — even while teaching martial arts to some of its biggest names, including McQueen, Sharon Tate, and her husband, Roman Polanski, all of whom are portrayed in “Once Upon a Time… in Hollywood.” (We also see a quick clip of Lee training Tate (Margot Robbie) for her role in “The Wrecking Crew,” which he really did do.

But he was often overlooked or cast as a sidekick, as he was in “The Green Hornet.” He was even passed over for roles as Asian characters, in favor of white actors who pretended to be Asian. He finally broke through when Hong Kong-produced martial arts epics crossed over to the United States.

Polly was also unimpressed with the “Once Upon a Time… in Hollywood” portrayal of the man he researched for years.

“The full scene with Bruce and Brad Pitt is far different than what was in the trailer. Bruce Lee was often a cocky, strutting, braggart, but Tarantino took those traits and exaggerated them to the point of a ‘SNL’ caricature,” Polly said. He said the argument that leads into the fight with Booth — in which Lee said he could turn Cassius Clay (Muhammad Ali) into a “cripple,” would never have happened. “Bruce revered Cassius Clay (Ali); he never trash talked him in real life. Bruce never used jumping kicks in an actual fight. And even if he did, there wasn’t a stuntman in Hollywood fast enough to catch his leg and throw him into a car,” Polly said. “Given how sympathetic Tarantino’s portrayal of Steve McQueen, Jay Sebring, and Sharon Tate is, I’m surprised he didn’t afford the same courtesy to Lee, the only non-white character in the film. He could have achieved the same effect–using Bruce to make Brad Pitt’s character look tough–without the mockery. I suspect the reason Tarantino felt the need to take Bruce down a notch is because Lee’s introduction of Eastern martial arts to Hollywood fight choreography represented a threat to the livelihood of old Western stuntmen like Cliff Booth (Brad Pitt), who were often incapable of adapting to a new era, and the film’s nostalgic, revisionist sympathies are entirely with the cowboys.”

You can hear Polly tell many stories about Bruce Lee on the “Shoot This Now” podcast, available on Apple and right here.

END_OF_DOCUMENT_TOKEN_TO_BE_REPLACED

END_OF_DOCUMENT_TOKEN_TO_BE_REPLACED
We and our partners use cookies on this site to improve our service, perform analytics, personalize advertising, measure advertising performance, and remember website preferences.Ok