Can Netflix Movies Win Academy Awards? The Answer Is Controversial

One topic that has been up for debate with the Academy Awards is whether films that go straight to Netflix or other streaming services should qualify for nominations. So far, Netflix and other services have had a strong presence within the Academy Awards. However, not everyone in the film industry believes streaming movies should be represented.

Are Netflix films eligible for the Academy Awards?

The short answer is yes. Any film that debuts on Netflix or other streaming services is eligible for the Academy Awards. According to The New York Times, the Academy did previously have a rule that streaming films did need to have some form of theatrical release. The minimum requirement for many films was “a perfunctory theatrical release of at least a week in Los Angeles.”

However, due to the pandemic, the Academy dropped this rule for 2020 since most audiences couldn’t get to a theater and it now allows films that are released directly to streaming to be nominated. Once again, the Academy has the same rule for this year. It’s unclear if this rule change is permanent, but considering the current state of the industry, it will most likely stay.

Director Steven Spielberg attempted to block Netflix from the Oscars 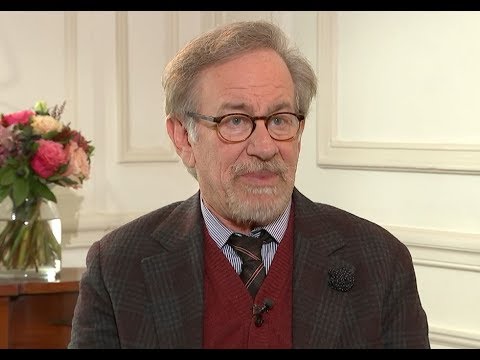 Steven Spielberg, who is an incredibly impactful filmmaker, was very vocal about his desire to keep Netflix out of the Oscars. Speaking with ITV News in 2018, the director said he doesn’t believe that films that “that are given token qualifications, in a couple of theaters for less than a week, should qualify for the Academy Award nomination.” He also compared these movies to “TV movies” and talked about the damage this could do to filmmaking.

“Fewer and fewer filmmakers are going to struggle to raise money or to go to compete at Sundance,” Spielberg added. “More of them are going to let the SVOD businesses finance their films, maybe with the promise of a slight one-week theatrical window to qualify them for awards as a movie. But, in fact, once you commit to a television format, you’re a TV movie.”

According to Deadline, Spielberg tried to change the Oscar rules in 2018, and argued that streaming films “should qualify for the Emmys instead of the Oscars.” Spielberg’s opinion was largely unpopular as many felt that these movies are made exceptionally well and should be honored, even if they don’t go to theaters. Evil Dead actor Bruce Campbell shared his reaction to Twitter, criticizing Spielberg’s argument.

“Steven Spielberg is gunning to make sure Netflix never has another Oscars contender like Roma,” Campbell tweeted. “Sorry, Mr. Spielberg, Roma ain’t no TV movie – it’s as impressive as anything out there. Platforms have become irrelevant. Make a movie with Netflix.”

Netflix has another chance to win Best Picture this year

Netflix has already had lots of success at the Academy Awards with films including Roma, Marriage Story, Mank, The Trial of the Chicago 7, and Martin Scorsese’s The Irishman. However, the service has yet to win the coveted Best Picture award.