Cannes Film Festival View From The Croisette: Tourism, Testing & Not Much Touting

Two days before the start of the much delayed, and anticipated, Cannes Film Festival, the town awoke to a rainy, muggy Sunday with little action on the ground. And while the skies cleared later in the day, it remained difficult to discern the festival vibe. Apart from at the Palais proper, there’s no sign of the promotions we’re used to seeing here. That goes for posters adorning hotels or piers for any film, regardless of provenance. 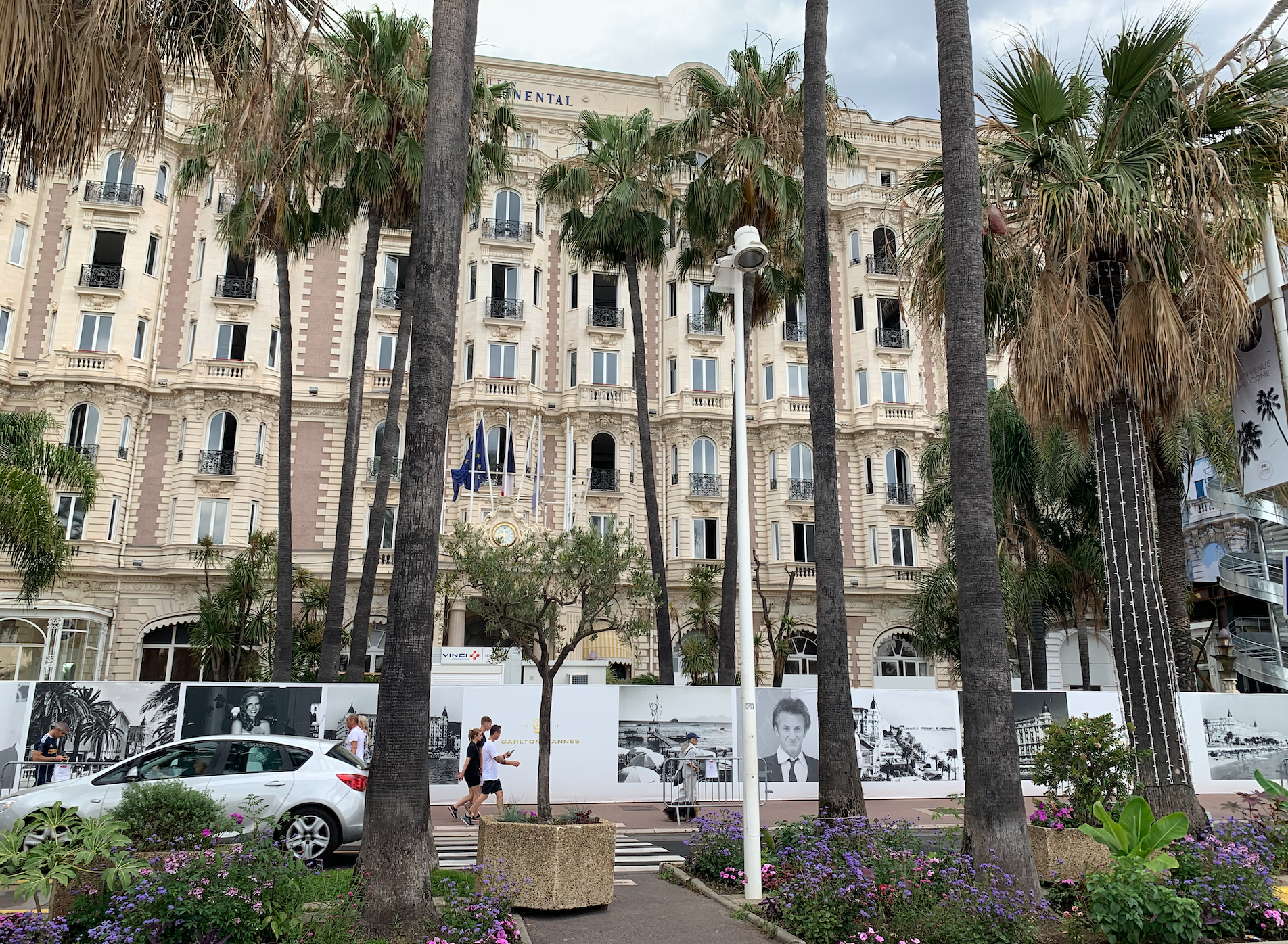 The under-refurbishment Carlton Hotel is closed, and part of the front of the JW Marriott, which has undergone its own refurb recently and is welcoming guests, is still partly a construction site. There is a shiny new entrance for the hotel proper that should finally do away with fest veterans continuing to refer to it as the ‘Noga Hilton’ (mea culpa). But, still, no mega Cannes Film Festival thrust.

Indeed, the only visible signs that Cannes is happening are currently at the Palais where Jury President Spike Lee is seen on the official poster. Workers have been milling about, and the red carpet will likely appear tomorrow.

Driving in this morning, the roads were clear and the Croisette quiet; this afternoon foot traffic grew, but as the weather had been inclement, it was difficult to gauge the amount of tourists in town — the beaches were initially empty, then when the sun appeared, so did the bodies.

One shop worker on the Rue d’Antibes told me that business has in fact been bustling since Covid measures eased, and another local said there’s been a great number of visitors from Paris and European countries descending upon the city in recent weeks. No one I spoke to feels particularly concerned about risks associated with people arriving from far away for the festival. One certainly gets the sense the town needs a boost as there are many boarded-up storefronts.

France has lifted most of its Covid restrictions, however there are increased cases of the Delta variant in the neighboring Var département down here, where some restrictions remain in place until July 16 at least.

I went for festival-mandated Covid testing in a tent past the Palais near the Old Port this afternoon (although I am fully vaccinated, I am required to test every 48 hours because my second shot is not yet 14 days old, and this is de rigueur for anyone in the same situation). Online booking for the tests has thus far been efficient, and my experience was innocuous. The results come six hours later and they’ll be good for 48, then the testing begins again on a loop — and then, hopefully, we can see some movies.