With July 5 off the cards for Covid restrictions to be lifted according to new Health Secretary Sajid Javid, ‘Freedom Day’ on July 19 looks the most likely date members of the public can expect an easing of the rules. However, with prime minister Boris Johnson insisting throughout the pandemic the government would be led by “dates not data”, the Good Morning Britain panel debated whether this could mean more delays to easing is on the way. However, Adil Ray, Kate Garraway and Ayesha Hazarika weren’t on the same page as Jeffrey Archer when it came to the discussion.

After stepping into the role of Health secretary following the resignation of Matt Hancock, Mr Javid made it clear his number on priority was getting the UK out of Covid restrictions as soon as was safe to do so.

Mr Johnson’s roadmap of easing the UK out of restrictions suffered a delay last month, however, as the June 21 ‘Freedom Day’ was pushed back by four weeks, with July 19 looking most likely.

However, as Covid cases rise, fears that another postponement could be on the horizon became a source of debate on GMB on Thursday.

Making no secret of his stance on the issue, Archer emphatically told his GMB co-stars July 19 should be the end of restrictions no matter what – although it’s fair to say the rest of the panel weren’t in agreement. 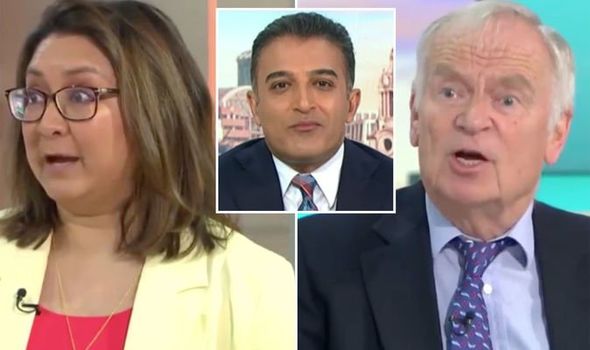 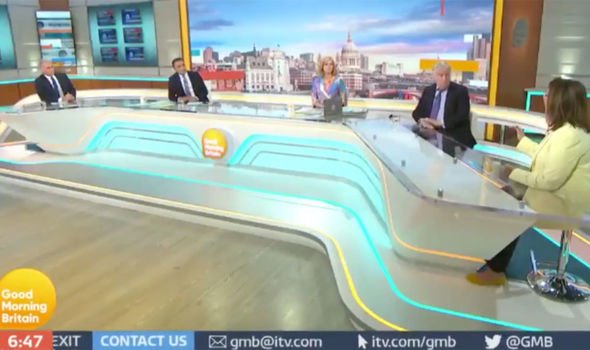 “It’s time this country got back -“ he continued before being abruptly interrupted by GMB host Ray.

“But you can’t,” Ray interjected to shut him down before fellow guest Hazarika also weighed in to counter Archer’s argument. 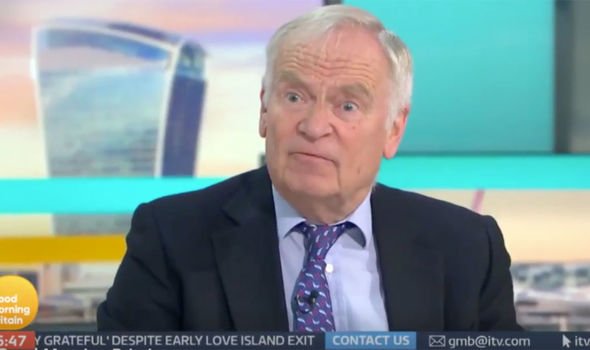 She continued: “There’s so many sectors, the travel sector, the theatre for example are desperate.

“But we, and this is one thing that’s interesting that Sajid Javid has said as Health Secretary, ‘That’s it, it’s over on July 19’,

“But we don’t know,” the GMB guest added. “Another thing that’s not talked about is yes, hospitalizations are low at the moment.

“But the backlog of other things that the NHS has not been able to deal with, they’re all coming back up again.”

DON’T MISS:
Dan Walker reaches out to Martin Lewis as talks ‘tough’ part of GMB
Susanna Reid hits out at minister as families lose Universal Credit
Ranvir Singh opens up to Martin Lewis about being scammed by fraudster

“There’s a huge waiting list for the NHS to get through, there’s massive staff shortages, there’s huge burnout post-Covid.

Taking one final aim at Archer’s argument, Hazarika concluded: “You can’t just say case closed as much as we would like it to be case closed.”

And while Archer may not have been in agreement, Garraway weighed in to concur with Hazarika: “Indeed, indeed.”

However, the debate sparked divisions from GMB viewers, with one replying to the moment on Twitter: “We can’t stay like this forever life has to go back to normal, vaccines we were told would be our passport to freedom, and seems to be working with how less ill people are getting.

“We can’t stay as we are ‘in case hospitals are overwhelmed,” they added.

A second added: “The NHS has always had a back log. 3 years ago, before covid, patients were on corridors because there was no room on the wards.

“Case needs to be closed, and we need to crack on. To keep us under restriction from normal life until the NHS clears its backlog could take years.”