Chris Packham and Michaela Strachan joined Dan Walker and Louise Minchin on a live video link on Tuesday’s BBC Breakfast. The Springwatch presenters had been invited onto the show to discuss the new series of the BBC Two nature programme and they came after Carol Kirkwood’s final weather report. Chris commented on how “disappointed” he was with the forecast Carol had given as it didn’t feel very Spring-like.

Carol had delivered the final weather forecast of the morning, it seems there is no stopping the rain.

She told BBC Breakfast viewers: “Today is going to be a pretty wet one and windy one for many parts of the UK.

The reason for this is we have low pressure coming in from the Atlantic and you can see how it advances northwards and eastwards, taking with it the rain and we’re looking at strong winds, gales developing through the day – we’re looking at gusts as much as 40 miles per hour.

“In the bank holiday weekend, there will be a few showers around but a lot of us will have dry weather, temperatures are rising, on Monday you might see some rain coming into the North West.”

Crossing back to the studio, Dan said: “It may not feel like Spring at the moment for many of us but there is something to cheer you all up – the BBC’s flagship nature programme, Springwatch, returns to our teles tonight.” 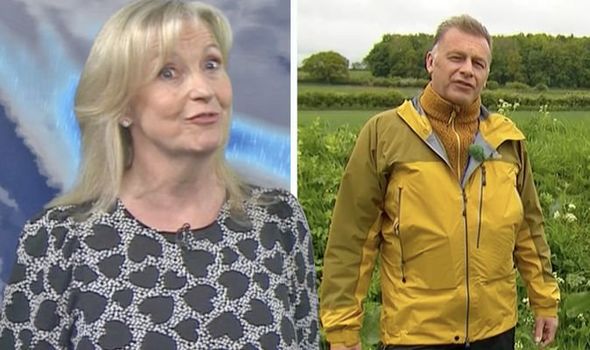 “And we can talk to presenters Chris Packham and Michaela Strachan who join us now,” Louise added.

“Morning, and you’re back together aren’t you which is great. How are you both?”

“We’re back together but we’re not married,” Chris joked in reference to Dan’s previous blunder and Dan interjected: “Leave it, leave it Packham!”

“We’re slightly disappointed by Carol’s weather forecast, particularly for us up here in Norfolk in the East of England.

“It’s not feeling very Spring like and it’s definitely having an impact on the future stars of our three-week show.

“The birds are a bit behind, aren’t they?” He remarked turning to Michaela who added: “They certainly are, normally at this time of the year, when we come on air, we have lots of chicks in nest, now, a lot of those birds are sitting on eggs. 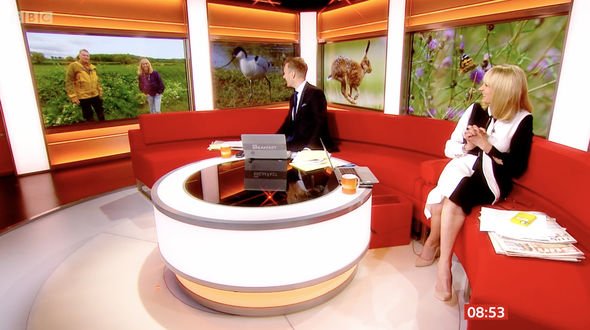 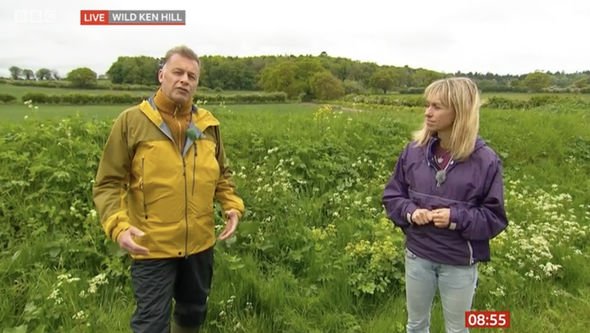 “We have got a few to show people,” and Chris continued: “We have got a buzzard out there in the woods, not too far from where we are at the moment, which has two chicks, and we’ve been watching them diligently looked after by the adults.

“And buzzards are quite big birds, so when we had torrential rain here yesterday, the female went back to the nest and formed an umbrella with her wings keeping those chicks nice and dry.

“Easy for a big bird undercover, but more difficult for smaller birds and certainly for those that are out in the open,” the conservationist added.

As for what is in store for Springwatch viewers the evening, the show is being broadcast live from Wild Ken Hall – a sustainable farming project in the west of Norfolk. 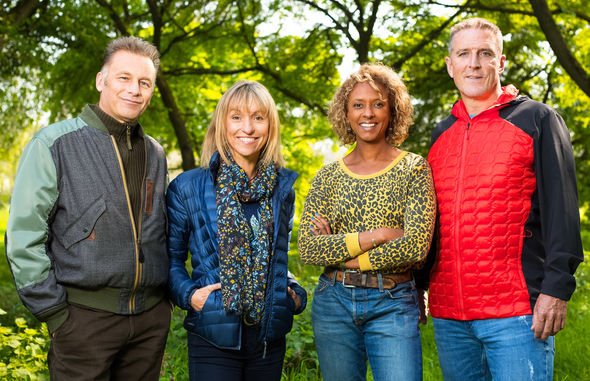 Stars of the show will be a colony of beavers which have been introduced as part of a re-wilding project.

It comes after two male beavers joined the already established females at the end of last year and it is hoped the pairs will mate.

The BBC programme is going to look at the farm and how it co-exist with nature and hopefully, viewers will see the wildlife on site.

There are more than 30 remote cameras across the 4,000 acres – including one in a barn owl box.

Producers of Springwatch hope birds – such as kestrels, skylarks and long-tailed tits – will be captured on the cameras.

There is also hopes a Barbastelle bat – one of the UK’s rarest species of mammal – will be spotted.

Dominic said the farm will be showcasing its “important and innovative work and hopefully providing a message of hope for the recovery of nature in Britain”.

Springwatch will also feature the work of wildlife rangers on the East Anglian fens.

BBC Breakfast airs every day at 6am on BBC One and Springwatch starts tonight at 8pm on BBC Two.