CAROL Vorderman delighted fans as she showed off her new "blonder" coif on social media yesterday.

The 60-year-old took to her Instagram and shared a selfie of herself in the hairdresser's after getting her locks tended to. 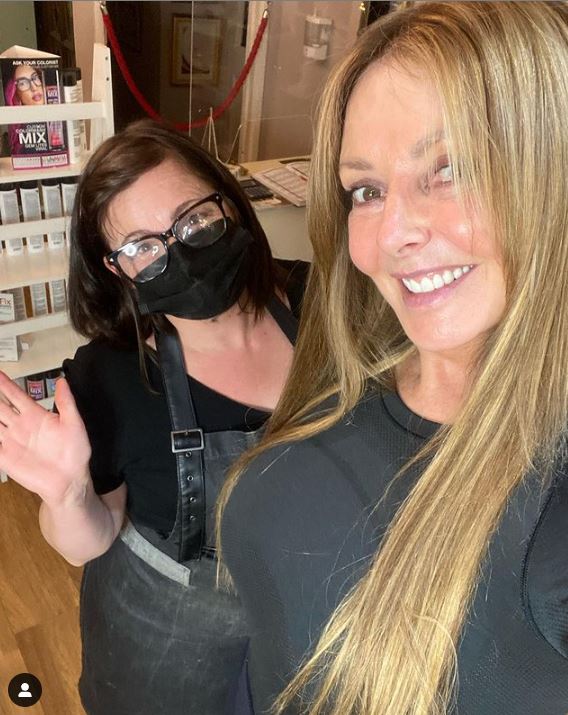 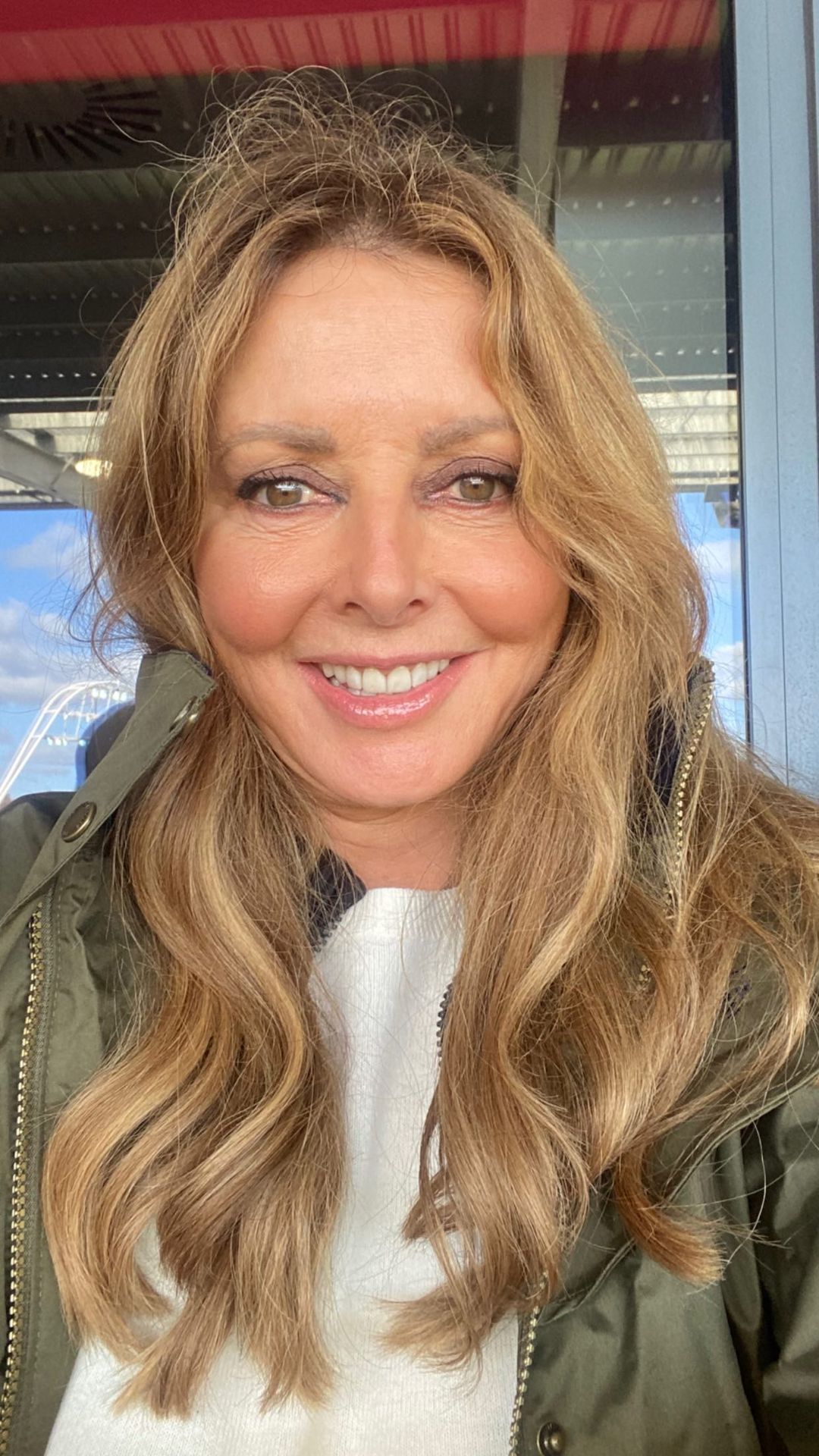 In the shot, the former Countdown star sported a black long-sleeved top as she beamed for the camera alongside her mask-wearing hairstylist.

Showing off her waist-length 'do, she captioned the photo: "Gone a bit blonder for the @prideofbritain awards…..thank you thank you Kala @kalas_hair_boutique.
Loving it xx".

Carol also took to her Instagram Story and asked her 178,000 followers if they "liked" or "loved" her new colour.

Posting the same snap, she penned: "Do you like it this colour?" and the poll options were "Yes Carol it's lovely" or "Yes Carol love it".

And it appears that the majority of her fans loved the transformation with 53 percent choosing the latter.

Elsewhere, Carol wowed fans on Saturday as she showed off her curvy figure in a shape-hugging dress in her walk-in wardrobe.

The TV star teamed her dungaree-inspired frock with a long-sleeve nude top and over-the-knee boots.

Carol snapped selfies in the mirror, smiling as her hair fell over her shoulders.

The snaps came ahead of her show on BBC Radio Wales where she was interviewing rugby legends Sir Gareth Edwards, Mike Phillips and Ian Gough.

On Friday, Carol revealed how she "ran away to the circus for a few weeks" aged nine, admitting her life "was never dull".

The former Countdown co-host took to her Instagram stories to give fans the interesting insight into her childhood.

She said she was "thinking of her mum" as she sat down for a cosy night in front of the TV.

She explained to her fans that a song sparked off memories of her time "running away to the circus" with her late mother, who died four years ago.

"Watching something a bit emotional on the telly and this song came on," she wrote as Van Morrison hit Days Like This played in the background.

"Thinking of my mum. She died four years ago and I'd looked after her for 35 yrars. She lived with me and my family all that time."

Carol went on: "She ran away with me to the circus when I was nine and I was selling candy floss in the big top tent for a few weeks."

"Life was never dull," she concluded, before adding a video of a man making candyfloss outside a circus tent to her stories.

Carol's mum Edwina – who also went by the name Jean – passed away at the age of 88 in 2017 following a terminal cancer diagnosis. 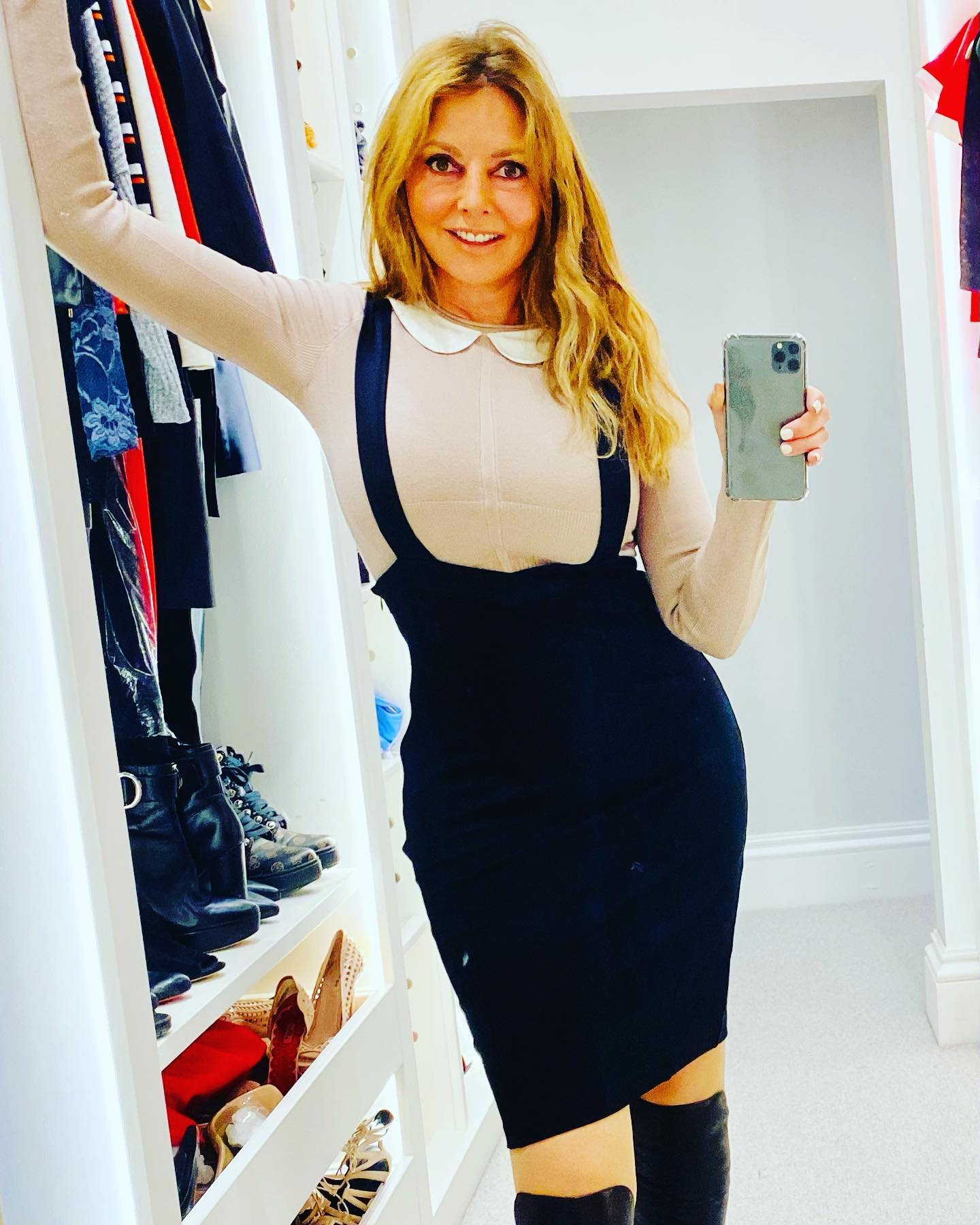 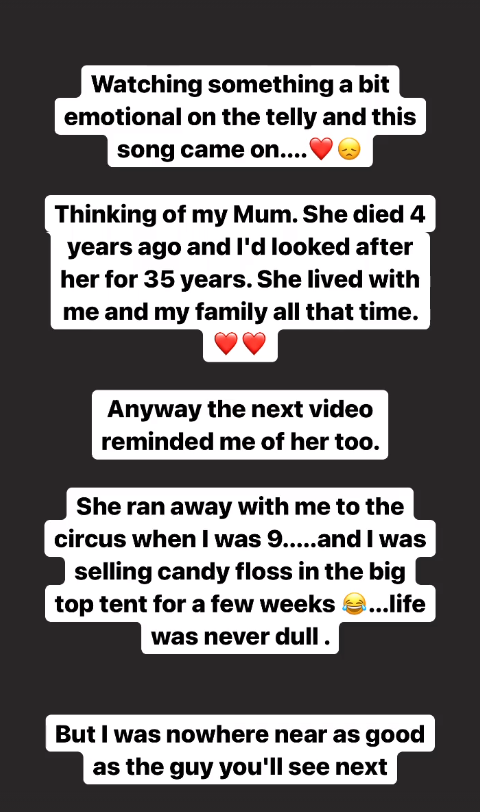 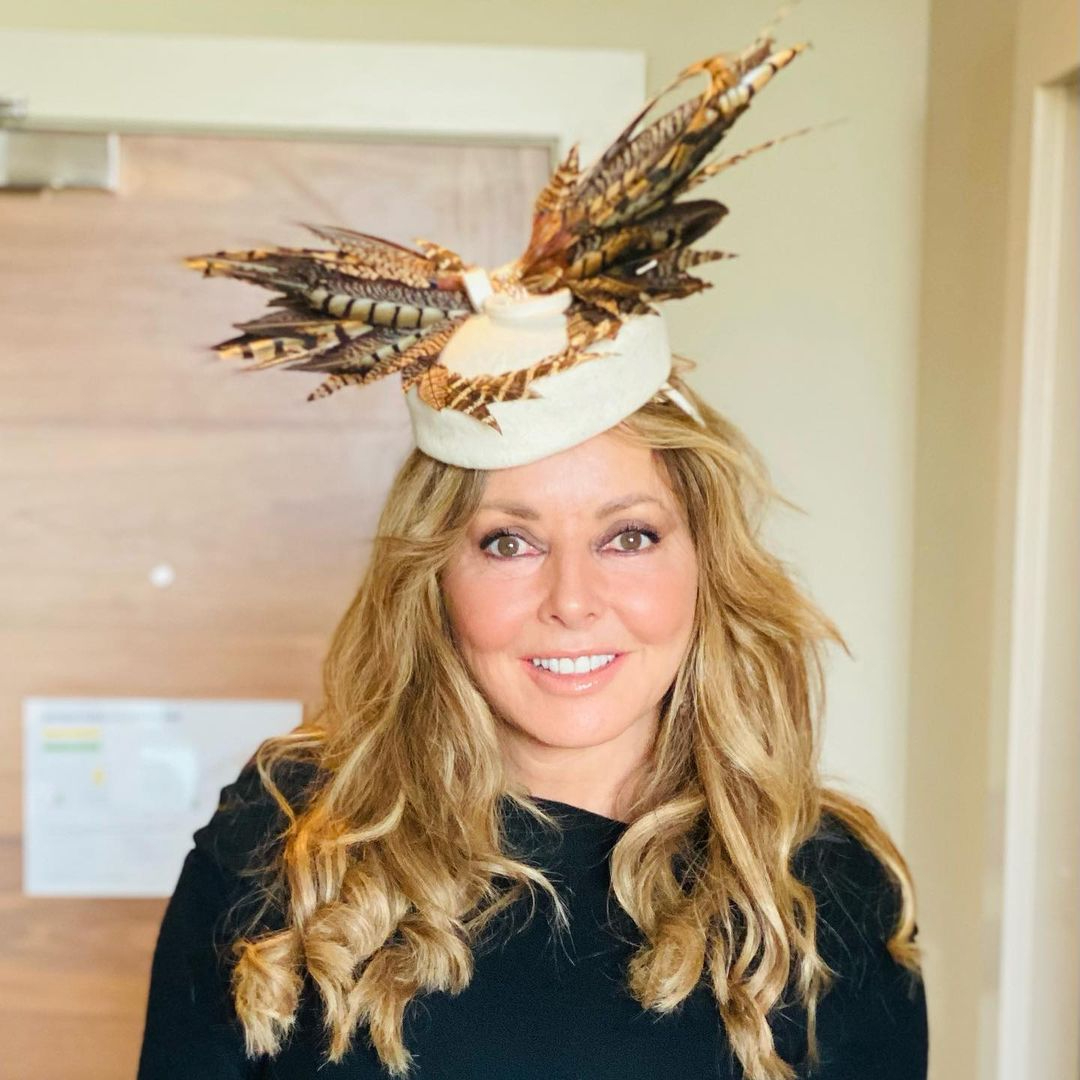