Lisa Duffy shared the news of her dementia diagnosis to her fellow co-workers, and her exit has since been anticipated.

While viewers have shared their upset of Duffy (Cathy Shipton) leaving, it didn’t stop them slamming the show.

Prior to the episode starting, an open question was asked to the audience, but it left many of them confused.

The voice over asked: “Can you imagine Casualty without Duffy?”, and fans hadn’t forgotten Duffy’s previous exit.

Remembering the character left a number of times in the past, one user took to Twitter to joke about the question.

They wrote: “‘Can you imagine Casualty without Duffy?’ asks the continuity announcer in tonight’s episode of Casualty, conveniently forgetting that for about 25 years of the 33 years of the series, she wasn’t in it.”

Another added: “Bearing in mind Duffy left Casualty for several years of course we can imagine it without her! What a dumb question from the continuity annoucer.”

However, other fans were sharing their upset about the nurse leaving the series. 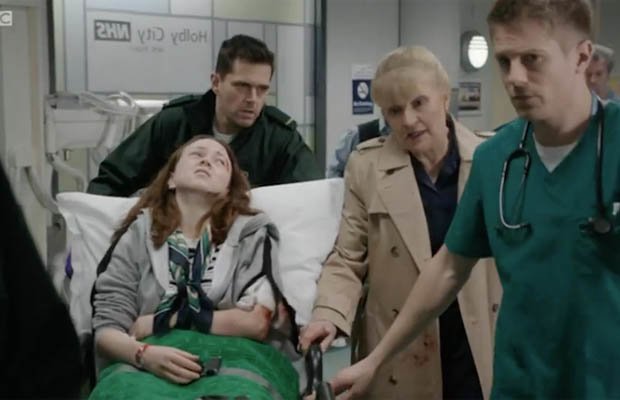 One user wrote: “No, no we cannot imagine Casualty without Duffy, thank you.”

Duffy first appeared on the show in 1986, but left the series in 1993 after deciding to leave.

At the time, she released a statement reading: “Duffy won’t meet a grisly end or anything like that, so she could always come back.” 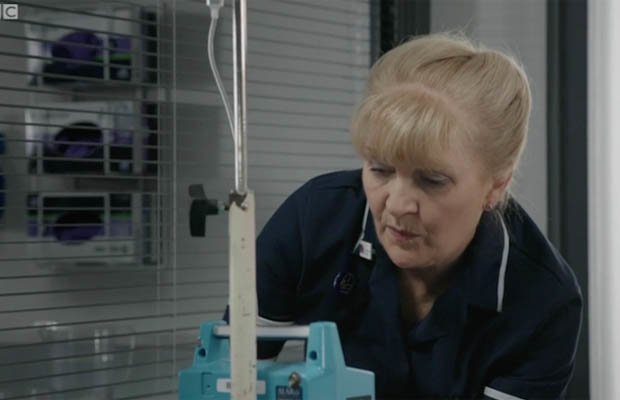 Duffy was in the series on and off until 2015, and has remained on the show ever since.

However, Duffy’s dementia diagnosis has resulted in her struggle at work, and she’s set to leave her role as a nurse, much to fans’ disappointment.

Casualty continues Saturday’s on BBC One at 8:25pm.