It’s one thing when a celebrity is thrust into the spotlight, but it’s another thing when their children are dragged into the public eye, too. Some stars, like Kristen Bell and Dax Shepard, have done their best to shield their kids from public scrutiny. Others, like “Teen Mom 2” star Chelsea Houska, take a different approach: criticizing the adults who make comments about their children.

Back in May, Chelsea shared with E! News that she left the “Teen Mom” franchise to raise her children away from the cameras. “There were conversations that [my daughter] Aubree and I were having from time to time, and there came a point where I was just worried because I don’t want her to ever be like, she can’t tell me things because it’s going to be aired to millions of people or whatever,” Chelsea told the outlet. Now, she’s speaking out about fans’ comments about Aubree.

During an August Instagram Q&A, Chelsea didn’t hold back about her feelings on fans who have remarked on Aubree’s appearance. Here’s what the mom of four had to say. 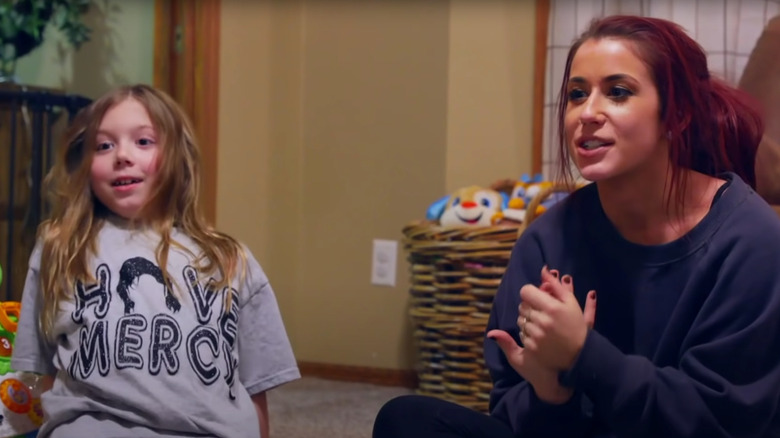 During an Instagram Stories Q&A, Chelsea Houska slammed social media users who’ve made comments about her eldest daughter, Aubree. “I know you guys feel like you know Aubree. Someone was like, ‘We’re all her aunties,’ and I thought that was so cute, but I do have one thing I don’t like. It makes me sick, honestly, when people comment on her body,” Chelsea said on Instagram, via Us Magazine.

Chelsea added that the inappropriate attention has made her question whether she should share photos of her daughter online. “She’s an 11, almost 12-year-old girl, and I don’t know why people feel like they can comment on her body in any way shape or form. It makes me not want to post her,” she said.

Fans might think their comments are harmless, but the remarks have clearly struck a nerve with the “Teen Mom 2” star.