Chinonye Chukwu Lauds Till Star Danielle Deadwyler: ”There Were Quite A Few People Who Wanted This Role,” But Deadwyler ”Was Meant To Play It.”

EXCLUSIVE: Director Chinonye Chukwu (Clemency), speaking at a Saturday night reception following the European premiere at the BFI London Film Festival of acclaimed film Till, told about how Mamie Till Mobley sought justice after the lynching of her 14-year-old son, Emmett Louis Till, in Mississippi in 1955. She told us that “There were quite a few people who wanted this role,” but Danielle Deadwyler “was meant to play it.”

Producers approached Chukwu three years ago to direct a project they had worked on for more than 18 years.”I told them that I would only be interested in telling the story if I rewrote the script so it’s about Mamie and her perspective,” Chuka said.

Chinonye Chukwu On Making 'Till': "Where The Camera Focuses Is Its Own Act Of Resistance" – New York Film Festival

And she was adamant that she did not want to show physical violence inflicted “on poor Black bodies… because the story is about Mamie.”

Deadwyler has emerged as a major best actress contender this awards season for her magnificent portrait of Mrs. Till Mabley. “She’s a revelation,” the filmmaker declared as she pointed to Deadwyler, who was huddled in conversation with guests at the sixth floor party venue at the Royal Festival Hall, located in the Southbank entertainment quarter.

The actress had sent in a self tape to Till’s casting director Kim Coleman (BlacKkKlansman), who immediately alerted Chukwu, who knew exactly what she needed to do. “When I cast actors, one of the things I look at is: can an actor communicate with just their eyes? Can they hold and command a frame? Can they get underneath and between the words,” the director said, demonstrating with her hands.”And Danielle ticked all those boxes.”

“She’s incredible to work with. We went on a journey for months before shooting, going through every emotional beat and psychological nuance in the script …and she had such an inherent understanding of who Mamie was by the time we began shooting,” Chukwu told us. 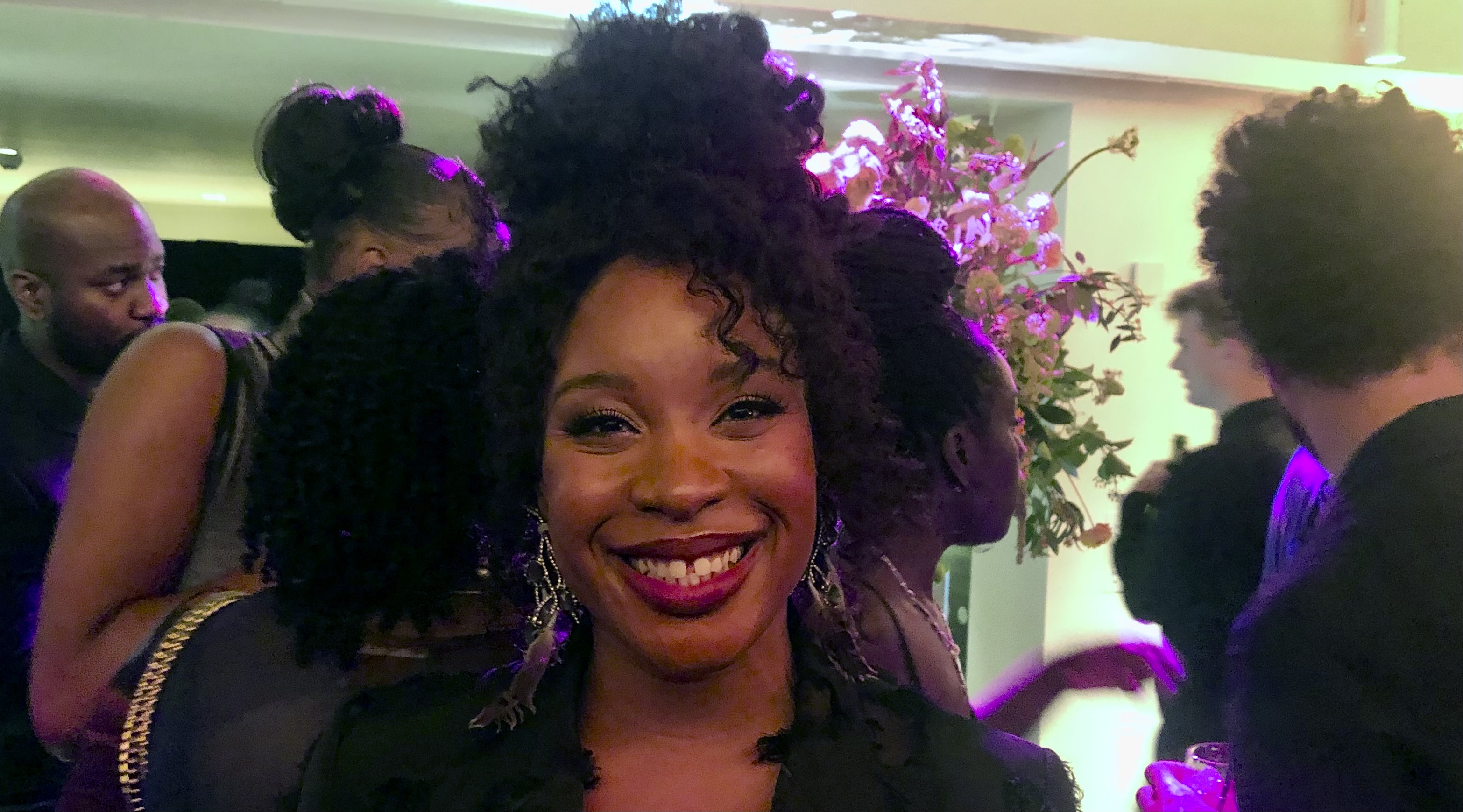 Barbara Broccoli, a producer of Till with Keith Beauchamp, Whoopi Goldberg, Thomas Levine, Michael Reilly, and Fred Zollo, said that Deadwyler “was simply the best actress for the role in this film. She was not an established name then. But she’s becoming one now, don’t you think?”

Deadwyler, raised in Atlanta, has been performing since she was four or five years of age. “I started with dance and there was a natural segue into theater,” where she watched others as much as she performed. ”I was a real ’80s and ’90s theater kid. I watched everything I could,” she said.

Her performance underpins the power of a mother’s love. It’s a love shown not just in the scenes she shares with Jaylyn Hall (Shaft), who portrays Emmett, but also the ones that follow, when Mrs. Till Mabley takes possession of the casket containing the mutilated remains of her beloved boy. She insisted people not look away from her son’s tortured corpse on open display at the Roberts Temple Church of God in the Bronzeville neighbourhood in Chicago that August of 1955. ”That was Mamie’s love,” Deadwyler said.

Deadwyler agreed with Chukwu’s assertion that the lynching of Emmett Louis Till not be shown.

“You didn’t see it when it happened in 1955. You saw the ramifications. So if we’re holding fast to the perspective and POV of Mamie, then we have to hold fast to that. She did not see it. She saw the results,” she said, head bowed.

“You have to ask yourself, ”Deadwyler continued. “If you want to see violence on a Black person’s body, how loving are you being? I know we’ve had to see it [bodies of slain Black people] in a certain way today, because we’re trying to make sure that we’re catching somebody. But this is a different act. She’s trying to let everyone know what was happening to Black people in the South. And now you know, so what do you do with that? We know what she did with it. The question is: what does everyone else do? And what do you do, knowing it now?”

“I pray that young people go and see it,” Deadwyler said. “That could help answer my question.”

Rupert Murdoch Mulls Putting Fox & News Corp. Back Together After Nearly A Decade