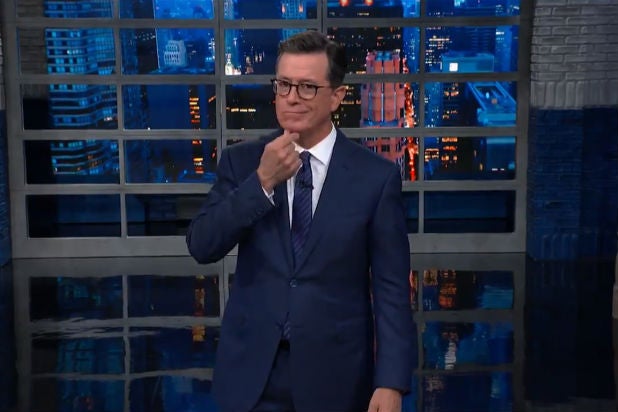 On Tuesday’s episode of “The Late Show,” Stephen Colbert was excited as you’d expect him to be about the testimony Robert Mueller will give to the House Judiciary Committee Wednesday morning. And he celebrated with a very good, but still terrible pun while discussing how the U.S. Attorney General might respond to it.

“Now the Justice Department is not sending lawyers to the hearing to force Mueller to comply with this,” said Colbert. “But, if he says one thing that’s not in the report, Attorney General Bill Barr is gonna do this,.” at which point Colbert rolled video of Barr delivering an extremely loud performance on Bagpipes.

“That guy… that guy blows,” Colbert quipped after the clip rolled. Great pun!

Earlier, Colbert joked that Mueller’s congressional testimony will be “the Super Bowl of things on C-SPAN at 8:30 in the morning.” We’ll find out if that’s true Wednesday morning at, yes, 8:30 a.m. ET.

Watch the video below.