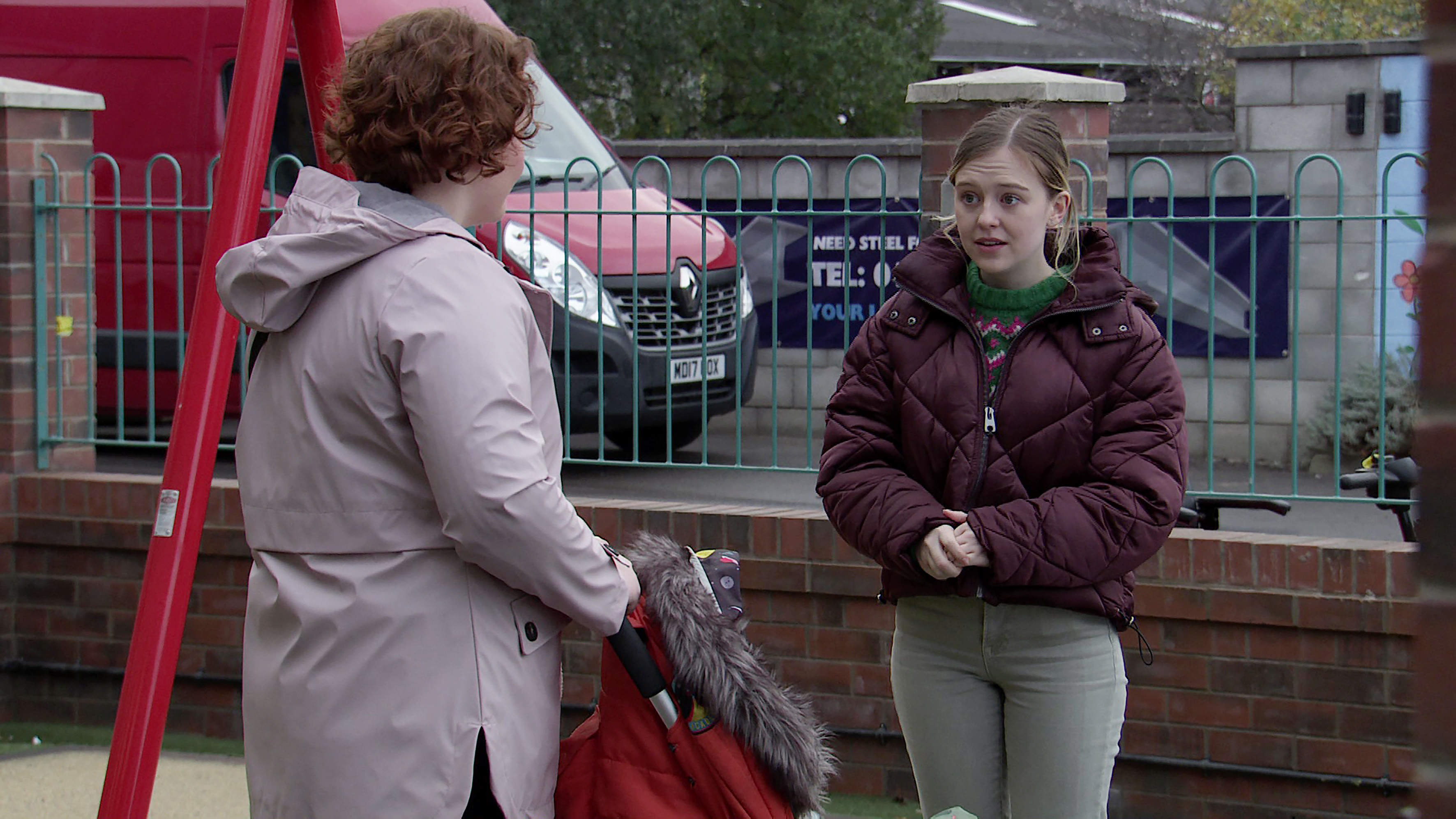 It featured Summer (Harriet Bibby), who had discovered information about a lady named Ava.

Currently in the middle of a surrogacy plan with Esther (Vanessa Hehir) and Mike (Tom Lorcan), Summer saw Ava and a young boy in the playground area of the new set.

Discussing the brand new set, Iain MacLeod said: ‘Hats off to our design and construction teams who have conjured a totally convincing new precinct for our drama! They took their inspiration from Salford’s many real-world, late 20th century shopping areas and what they have created is a brilliant, characterful space to tell a diverse range of stories. Expect to see teens hanging out at the dessert shop, families enjoying the play area and, after dark, a rogues’ gallery, up to shady business in the ginnels. I am really excited by the arrival on screen of this much discussed but never seen corner of the Weatherfield universe.’

‘In February 2021 I set about the first pencil drawings for a very exciting new exterior build – Weatherfield Precinct. We have often heard about this precinct and although we have filmed over the years at a range of shopping locations, we had never established our own Weatherfield Precinct.

‘It had always intrigued me – what would it look like and who would we find there? The opportunity to bring to life a colourful and grittier area of Weatherfield was so exciting!’

Now, back to tonight’s story.

It became apparent the young boy with Ava is actually Mike’s son, which caused Summer’s anger to grow, given that he’s gone along with the narrative that all he and Esther need to complete their life is a child.

Back at the couple’s house, Summer wasted no time in confronting the desperate man and questioned why he wouldn’t be involved in Callum’s life.

Summer was determined to tell Esther the truth but, after a lie from Mike, he was able to shut Summer in the nursery without her phone or insulin – two key things she needs to keep an eye on her blood sugar levels.

Without them, Summer’s life will end up in jeopardy, but how long will Mike keep her trapped?