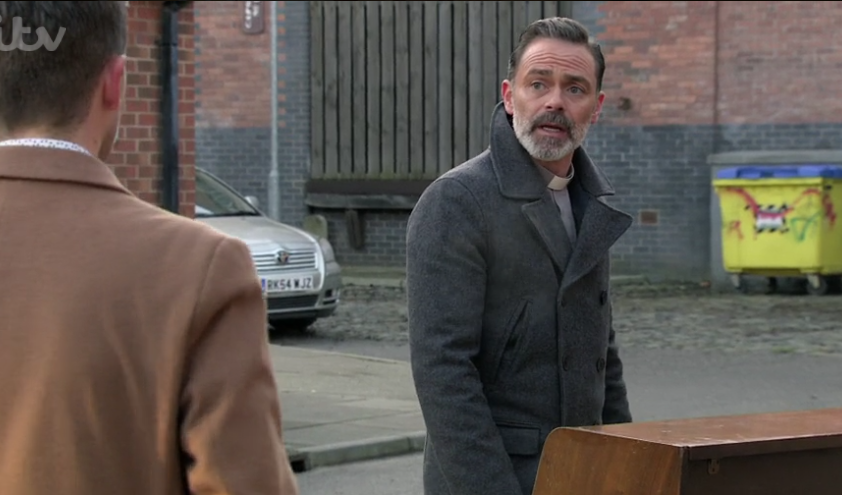 Coronation Street fans were left thinking they’d just seen the most ambitious crossover of all time (sorry Marvel), with some convinced they’d heard the EastEnders theme tune on the soap.

During on scene on Friday’s episode, Billy Mayhew (Daniel Brocklebank), treated the street to a tune on the piano.

However, some fans pointed out that the first few notes sounded super familiar.

‘I thought Billy was playing the EastEnders theme on that piano for minute! #corrie,’ one viewer wrote.

‘Oh come on, Billy, everyone bashes out the EastEnders theme when they have a go on the Joanna,’ another added.

One more agreed: ‘For about three notes, I thought Billy was about to play the EastEnders theme… #Corrie.’

Sadly enough, it wasn’t a surprise crossover – but can you imagine?

However, Billy’s got too much on his mind to be catching up on his soaps, as Todd Grimshaw (Gareth Pierce) seems intent on winning him back.

Todd’s cunning plan has seen him trick Paul (Peter Ash) into thinking Will (Ben Hackett) is a vulnerable young teenager when truth be told, Todd is paying him to put on an act and get Paul into all sorts of trouble.

Paul has already spent time in prison for attacking who he thought was Will’s abusive stepfather, and now it’s been confirmed that Todd will use Will again to destroy Paul in an attempt at making Billy split up with him for good.

Actor Peter has revealed: ‘We will really see him struggle if this was the end of his relationship.

‘I am excited to see what will happen, it is another chapter now, this is a more mature Paul how will he deal with this situation if he finds himself without Billy and Summer.’

If you’ve got a soap or TV story, video or pictures get in touch by emailing us [email protected] – we’d love to hear from you. Join the community by leaving a comment below and stay updated on all things soaps at our homepage.