CORONATION Street's Abi Franklin is set to break Kevin Webster’s heart as she sets her sights elsewhere in an upcoming episode.

Fans were left expecting Kevin and Abi to succumb to their attraction to each other when she came back to work at the garage after losing her job, but in an upcoming episode Abi rejects his advances for a quick snog with sex pest Ray.

Neither Kevin nor Abi have had much luck in the love department in recent months in Coronation Street.

Kevin’s last hope at romance was a date with solicitor Paula, after Sally paired them up.

But she turned out to be more interested in Sally’s youngest daughter, Sophie.

Sally then put her matchmaking talents to the test when she tried to fix Kev up with her youngest sister, Gina Seddon.

That pairing crashed and burned too as Sally realised that Gina had her sights set on Sally’s husband, Tim.

Abi meanwhile enjoyed a passionate fling with Peter Barlow but was left heartbroken when he dumped her and accused her of setting fire to his boat.

But when she began working back at the garage after getting sacked from her new job, Sally was quick to notice that Abi found her ex-husband Kevin hilarious.

But Sally put her foot in it after Abi got drunk with Kevin instead of revising for her Maths GCSE, and  accused her of only wanting to date Kevin for his money. 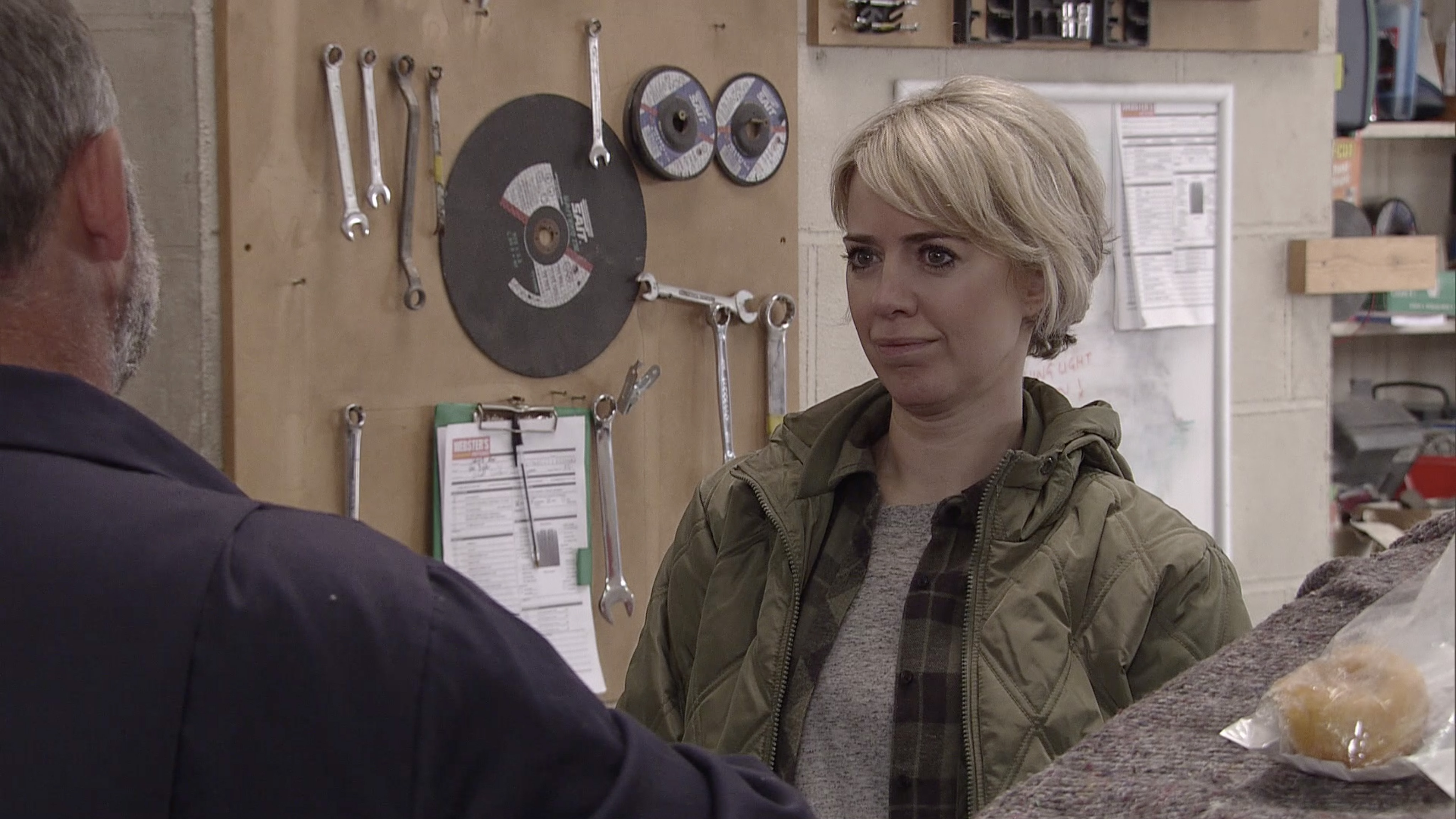 In upcoming episodes, it looks like romance might be on the cards for the pair as Tyrone and Sally suspect Kevin fancies Abi.

Kevin tries to organise a drink with her, but when she discovers that he's putting their drink before a banger race event she insists they meet another time instead – and a disappointed Kevin agrees.

Later, with the New Year’s party in full swing, Abi admits to Eileen that she’s got the hots for Kevin.

But Kevin overhears Abi comparing him to a boring and safe bet.

Eileen assures Kevin that Abi is keen and sets him off on a mission.

In scenes yet to air, Abi waltzes into No4, waxing lyrical about a steamy snog she shared with Ray.

But when Kevin emerges from the kitchen, Abi is horrified he's overheard her and embarrassed to have hurt the mechanic.

Later, Ray calls at the garage and is impressed to discover that Abi is a mechanic.

However, when Tim lets slip that she learnt her trade in prison, creepy Ray makes a sharp exit.

With Ray out of the way, will romance still be on the cards for Kev and Abi?