THUG Corey Brent forces Asha Alahan to give him a false alibi for the night of Nina and Seb’s brutal attack next week in Coronation Street.

Nina and Seb will be left fighting for their lives in hospital this week after Corey and his gang of bullies target them in a harrowing hate crime. 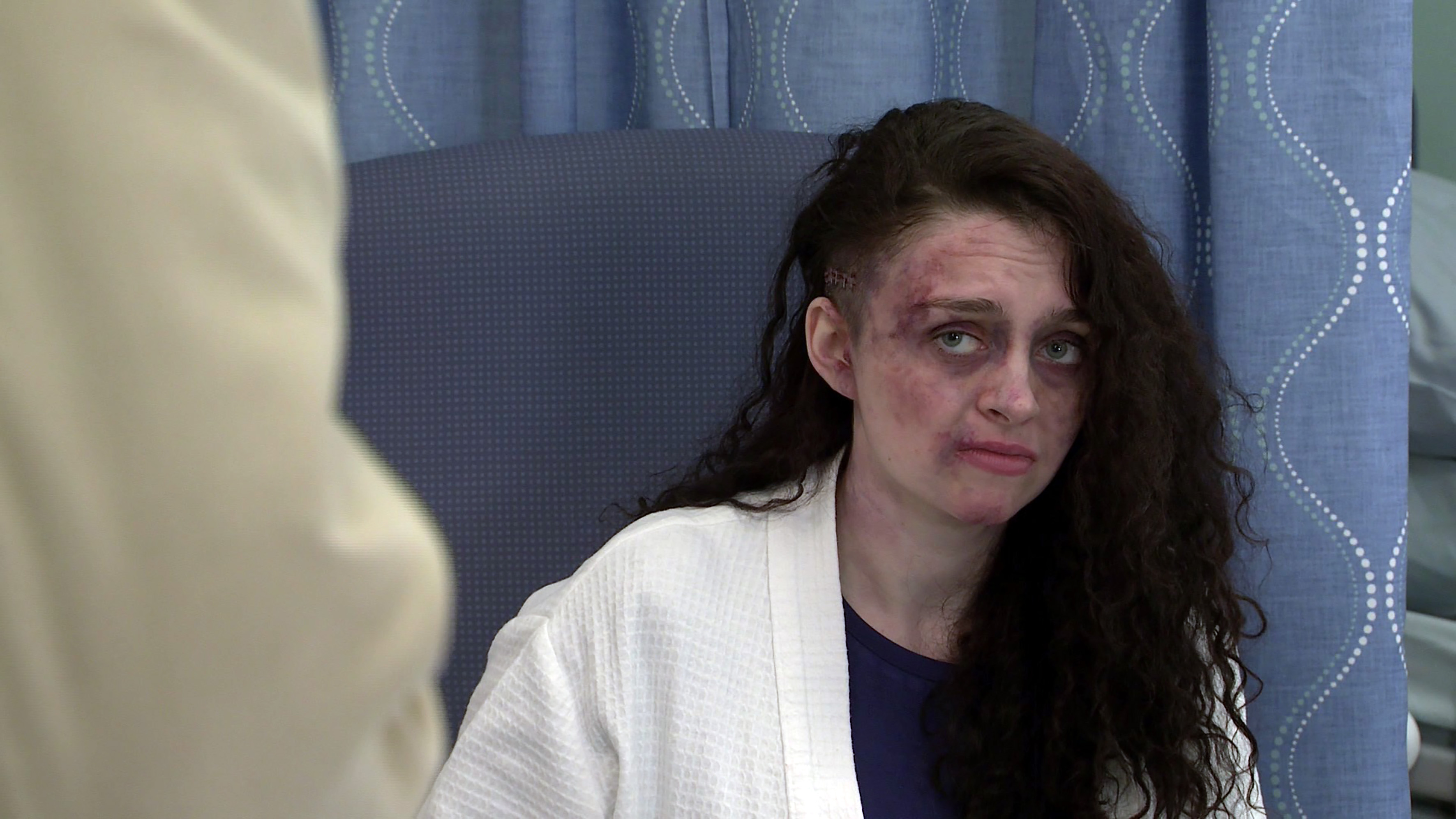 And next week, Corey sets about covering his tracks, instructing Asha to tell the police they were together in the flat all night.

After Corey also orders Asha to make sure Amy doesn’t blab, she heads to meet up with Amy but they’re interrupted by Dev.

Dev explains he’s worried about Asha and that he doesn’t think it’s wise for her to live with Corey, a prime suspect in Nina’s attack.

Before Amy goes, she urges Asha to stop covering for Corey.

Later, with the attack still a blur to Nina, Abi tells Kevin that she’s going to have to track down Seb’s attacker herself.

When Kevin tells Dev that Nina remembers seeing Corey and Kelly shortly before the attack, Dev is filled with panic for Asha. 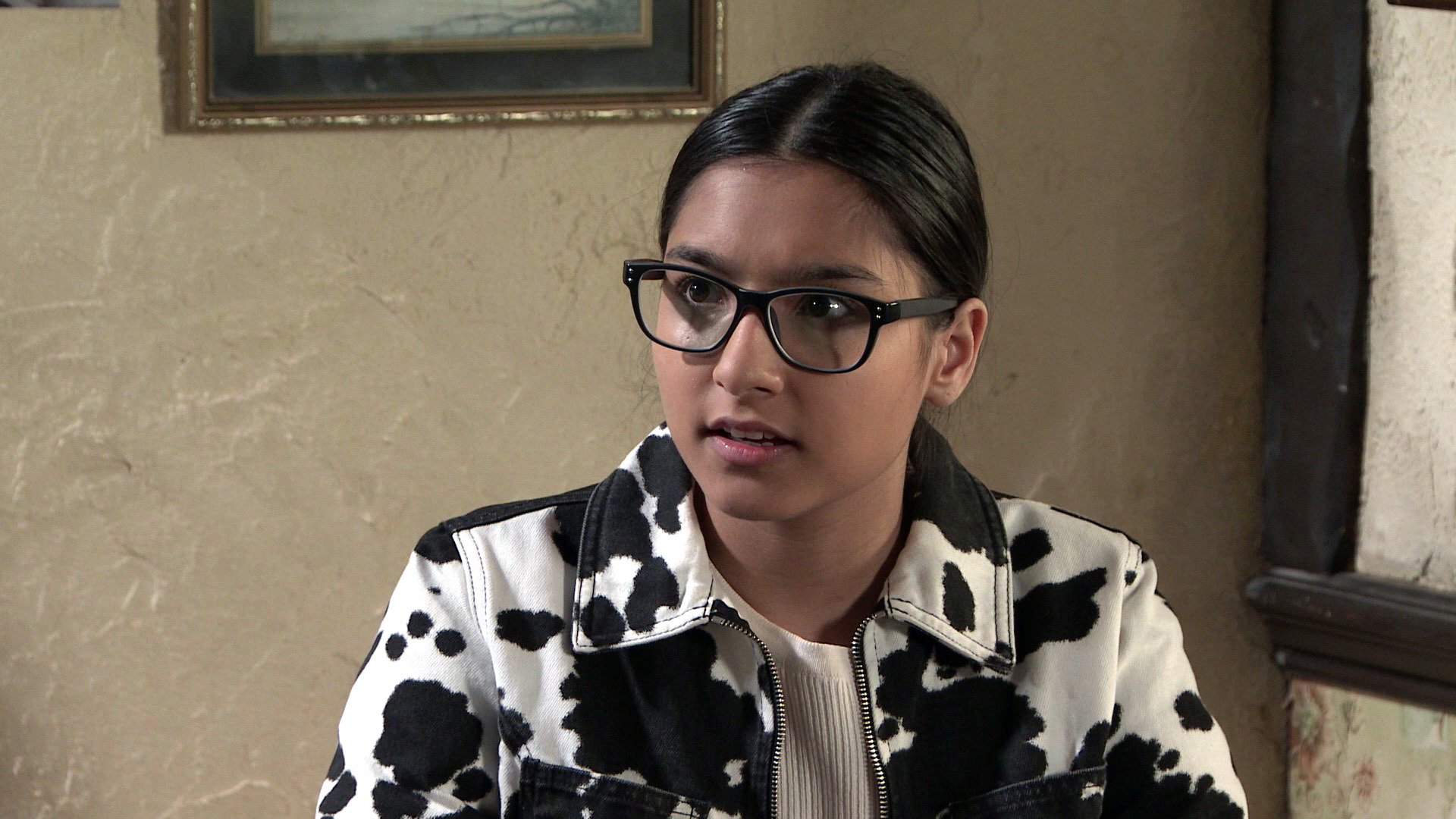 Meanwhile, Toyah is stunned when the police arrive at the builder’s yard flat and arrest Kelly.

Roy finds Nina packing a bag but, when she announces she’s discharging herself and heading back to the scene of the crime to try and jog her memory, Roy urges her to stay in hospital.

Later, after Kelly is released, she heads to find Corey and begs him to tell the police everything.

But Corey and his dad Stefan tell her to do one. 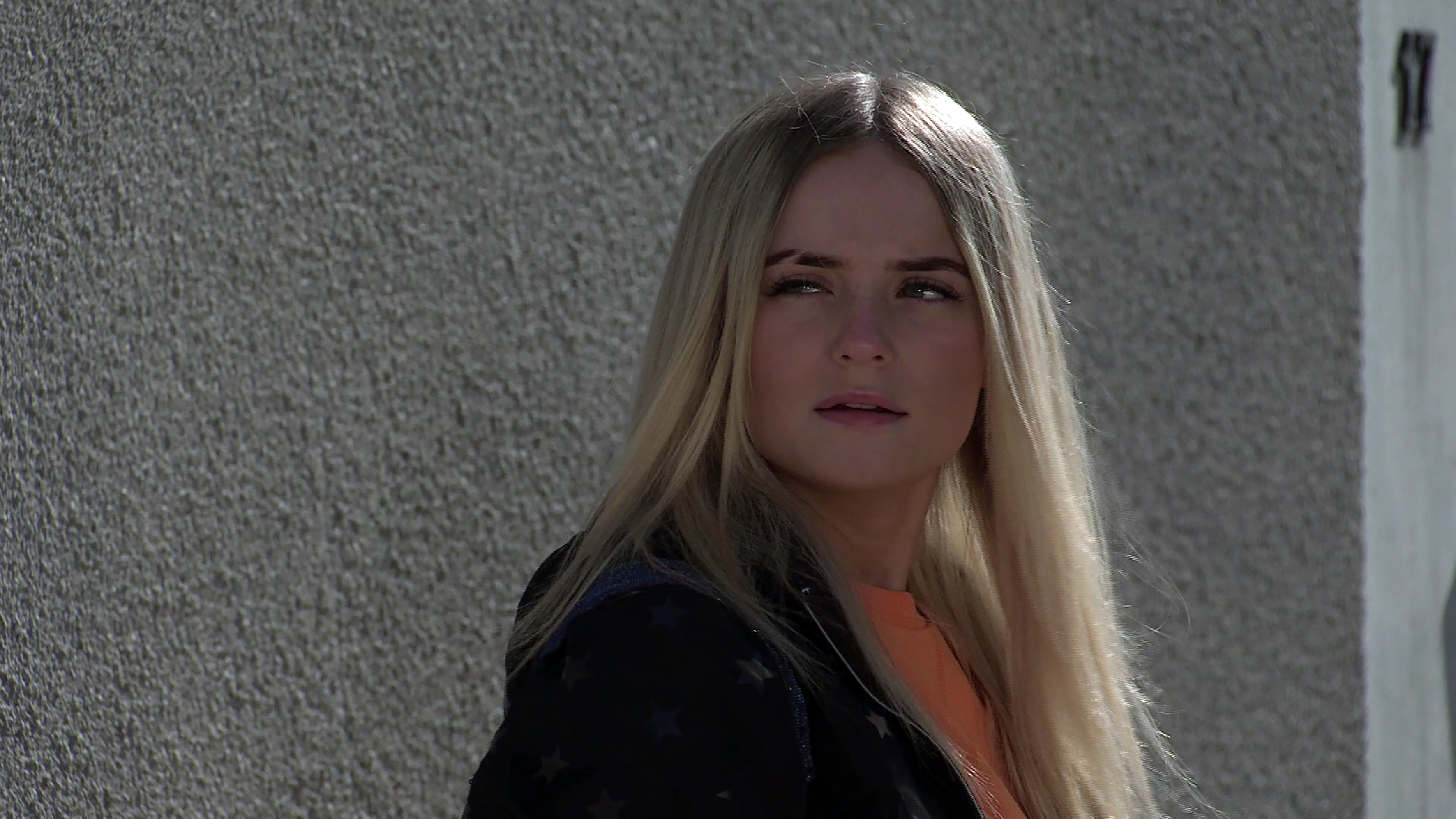 When she's gone, Stefan orders Corey to cut all ties with Kelly – and let her take the blame.

Meanwhile, a police officer calls round at Abi’s to say they’ve charged someone and that it would seem the attack was triggered by Nina’s appearance.

Abi feels anger mounting as the reality of the hate crime attack dawns on her.

Coronation Street bosses have confirmed that the soap scenes will be reminiscent of the real world attack on Sophie Lancaster in 2007.

Sophie was killed by a gang of thugs while walking through a Lancashire park with her boyfriend, and died from her injuries in hospital 13 days later, aged 20. 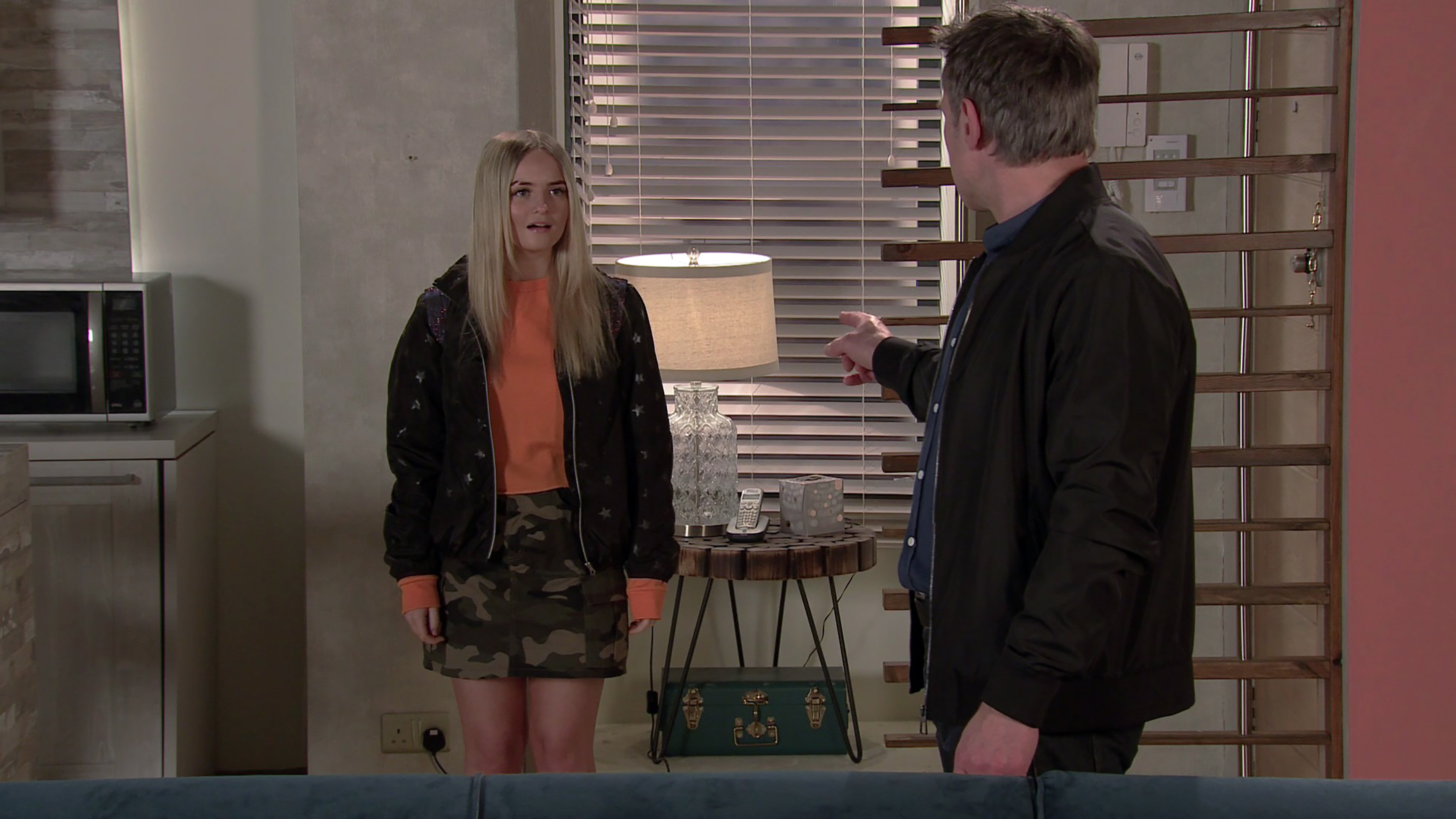 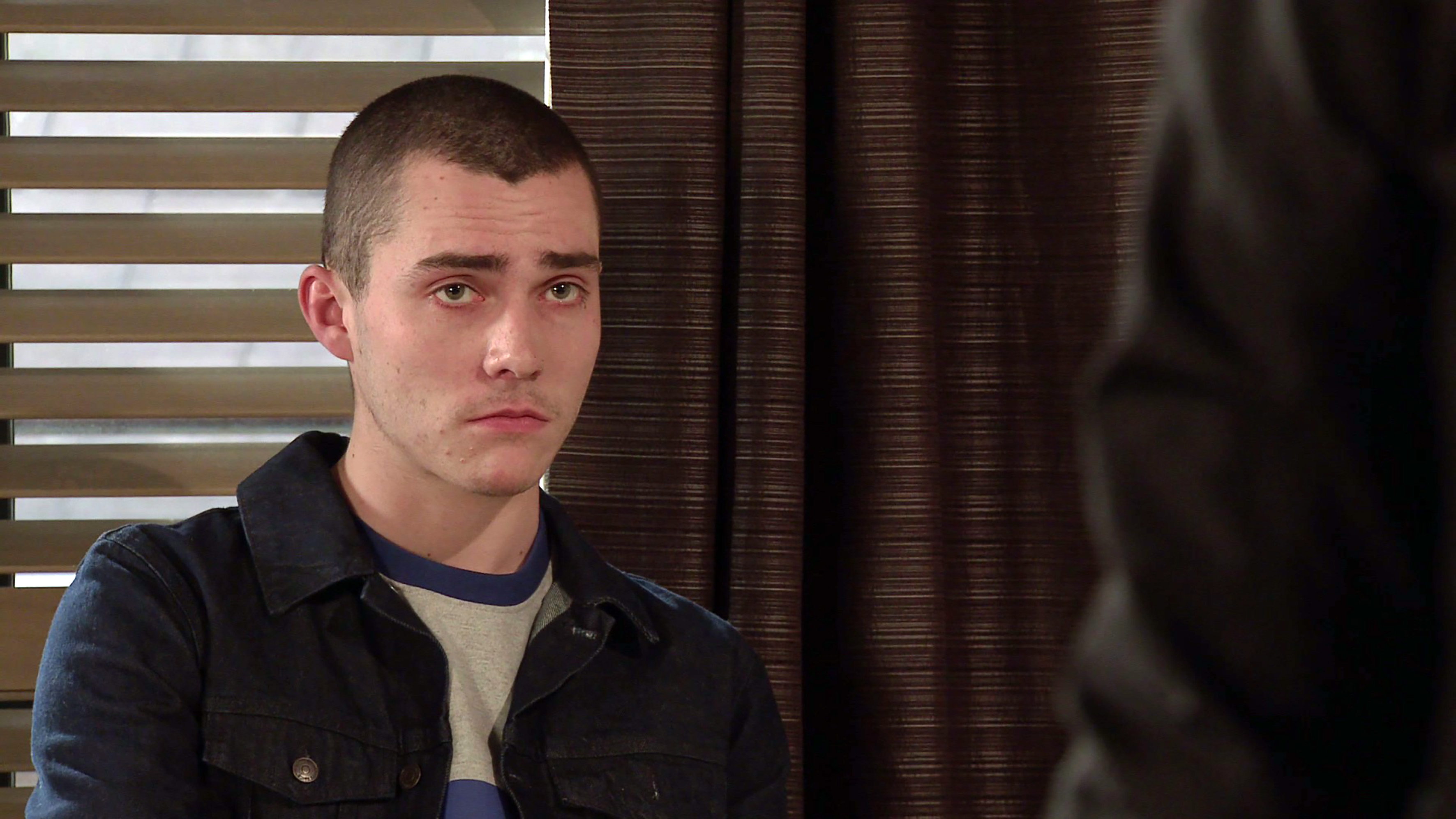 Corrie is working with The Sophie Lancaster Foundation and Sophie’s mum, Dr Sylvia Lancaster OBE, on the storyline.

Coronation Street Producer Iain MacLeod said: “The issue of intolerance and hatred towards people from different cultures and subcultures is arguably more relevant now than it’s ever been.

“This incredibly hard-hitting storyline, which centres on a senseless act of violence, will draw in characters from all corners of our narrative universe and will, we hope, leave the audience with a clear message: everyone, regardless of how they look, how they dress or any aspect of how they live their life, should be treated with tolerance and respect.

“The story will run across the rest of the year and beyond, with many twists and turns, and will be heartbreaking and dramatic in equal measure. In the end, the story will see an optimistic outcome emerge from the traumatic attack.”