The policeman – who is played by Colston Smith in the ITV soap – discovered Ray’s mission to destroy the cobbles but kept it hidden after Ray threatened to fire Faye. 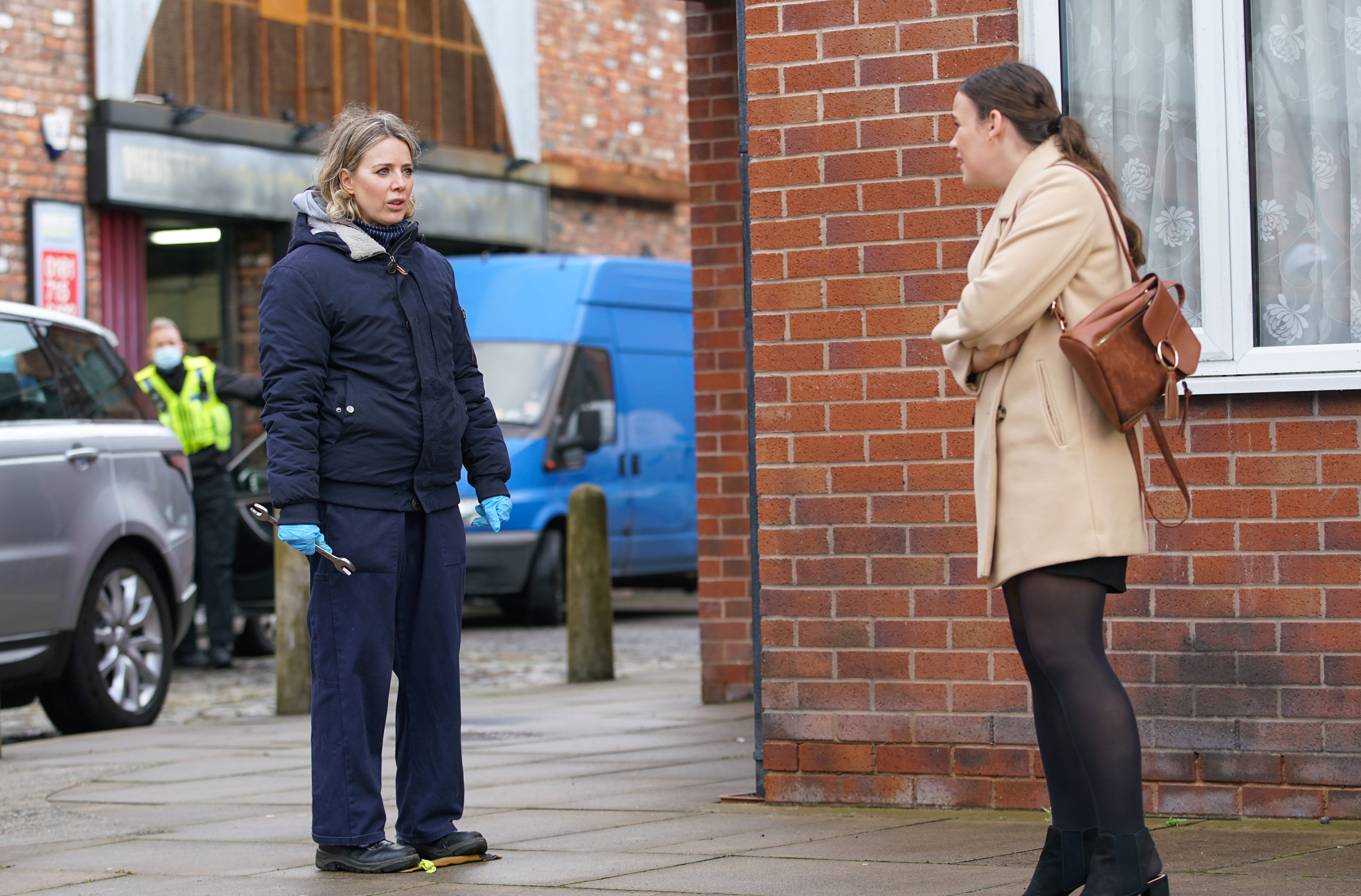 Ray asked Craig’s advice on stepping up security at the bistro but got more than he bargained for when he enters his office to find Craig studying his plans for the redevelopment of the street.

But when Craig went to Gary to fish for information, Gary ran straight back to Ray and told him Craig was planning to stop him in his tracks.

Ray then blackmailed Craig, threatening to fire Faye, who he hired as trainee manager across his entire restaurant chain to use against Craig. 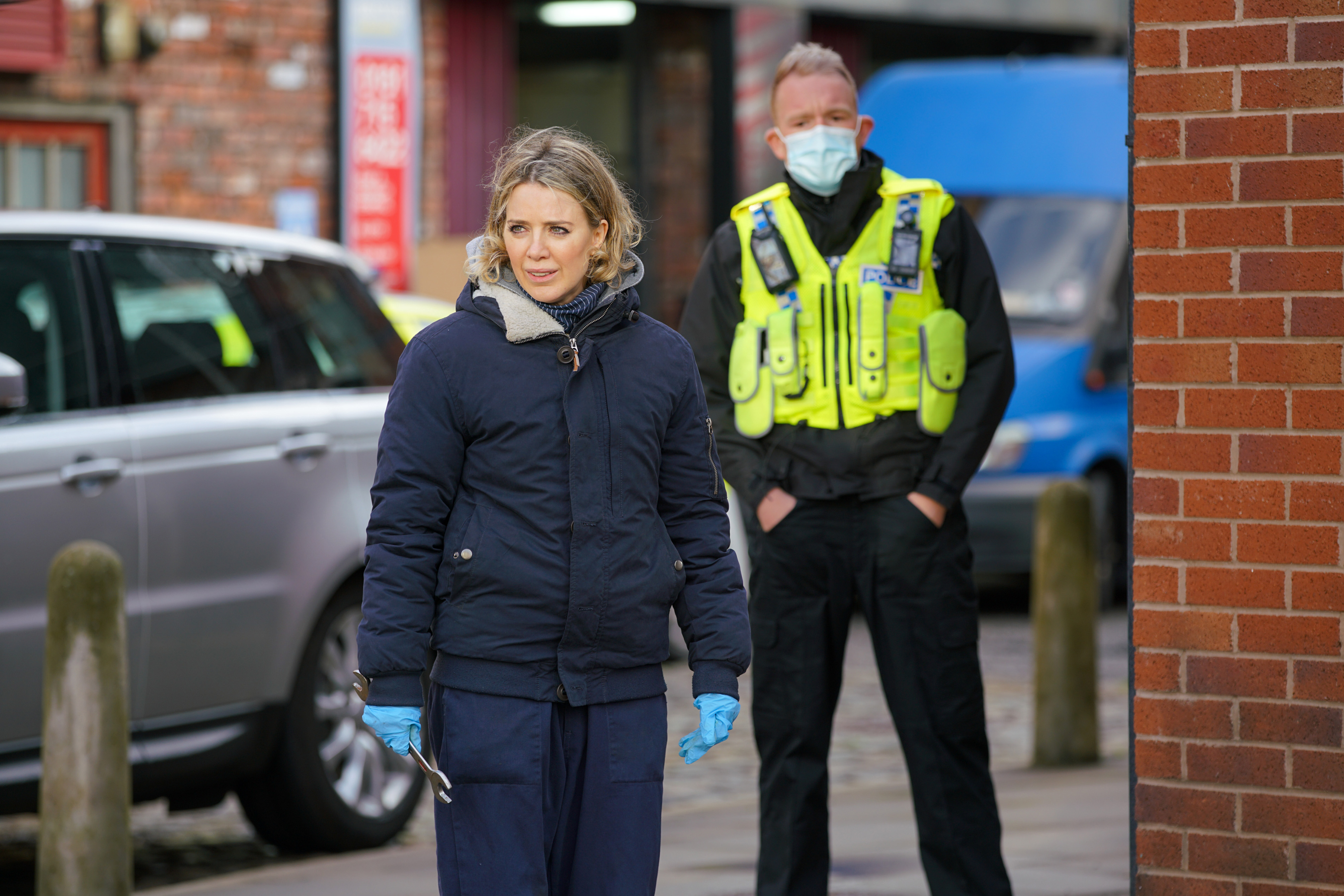 Next week’s episodes of Coronation Street will see Faye arrive at work and reveal to Ray that Sally has changed her mind about selling the house.

Ray later tells her that he can sort Sally out with a house at Hale Barns at a significant discount.

Sally swoons over the property and hands her keys for her house on the cobbles to Roxy.

But Abi recognises Roxy and starts a smell a rat, realising that Ray might be trying to buy up the whole street.

After fishing around in Ray’s office, Abi emerges with an interesting invoice.

Sally calls a colleague at the council and confirms that a planning application has been submitted to knock down half the street. 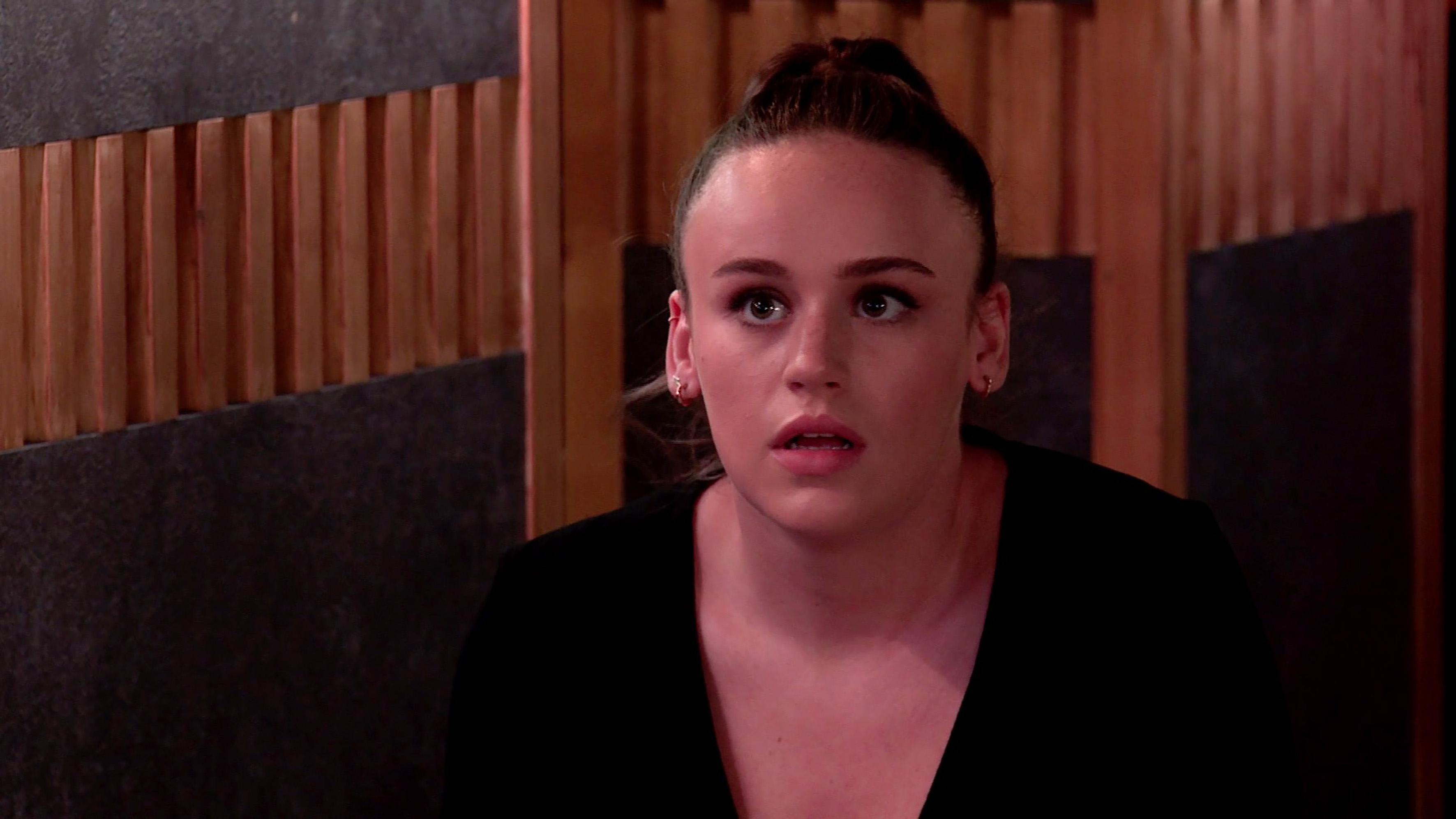 When Craig confesses to Faye that he knew about Ray’s plan but was sworn to secrecy or he’d fire her, Faye is horrified and dumps him.

Later in the week, Fay tells Raye he’s been using her.

Viewers know that Craig and Faye have only been dating for a few weeks after he was shot trying to rescue her from gun-toting Scott Emberton in the siege at the bistro.

Craig was chuffed when Faye then asked him out.

Will Faye take him back?

Talking about Craig’s dilemma, Colston revealed: "Craig and Ray are constantly trying to score points off each other and when Ray offers Faye that job, it means Ray wins Faye over Craig.

"Craig rarely thinks about himself and he puts himself in the line of danger quite regularly – the person he is worried for is Faye."