The new villain has been terrorising Sarah Platt (Tina O’Brien), especially since she decided to move on with another man.

However, he has certainly met his match with Adam Barlow (Sam Robertson), and the pair came to blows in the Rover’s Return this evening.

Gary had previously grabbed Sarah by the arm and pushed her about a bit, resulting in a nasty bruise on her arm.

She didn’t want Adam to see it, fearing he would go off the rails, but she couldn’t hide the massive bruise forever.

Later at the pub, Adam began to eyeball his nemesis while Sarah got worried at what could happen.

It only took for a quick trip to the toilet leaving the boys alone for a fight to break out.

Gary and Adam began to threaten each other, and the former was just about to pull the first punch when Sarah reappeared.

She yelled at Gary to stop and the pair were separated, leaving Sarah completely at her wit’s end.

The hapless mother then took some time away from both men and confided in Gail Platt (Helen Worth) about whether she should just give up men completely. 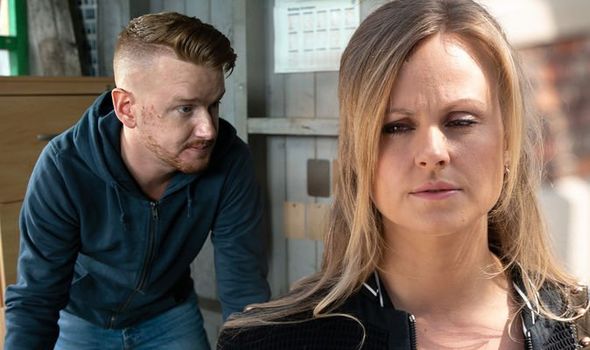 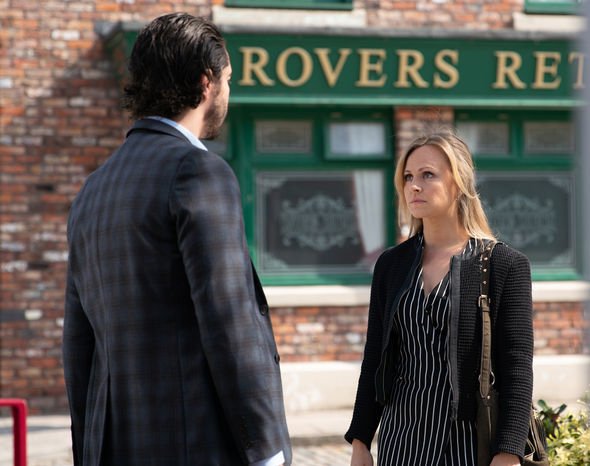 Gail insisted the only reason she was so upset was because she liked Adam so much.

Happy to have come to a resolution, Sarah went back to see Adam and told him she wants to move forward with him.

But she couldn’t just leave it there and felt the need to confront Gary one last time.

He gave her plenty of lip about how she should be grateful for everything he’s done for her, and suggested more danger will come her way if she chooses to leave him.

Sarah saw red and in a moment of fury, smacked him across the face. 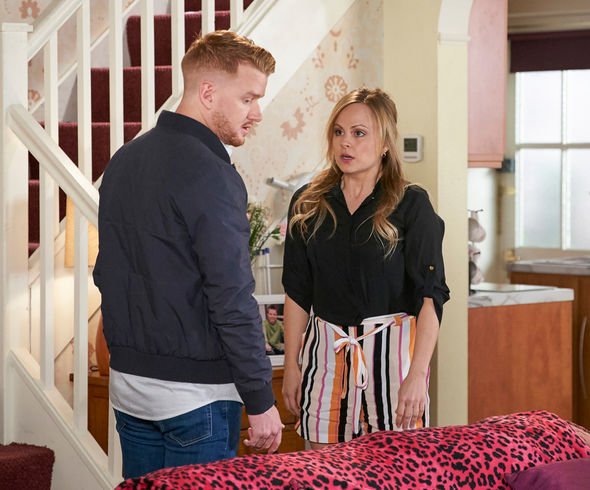 Gary ominously told her: “It looks like this violence thing is taking hold.”

However, as she warned him to stay away, was the slap just the beginning of the trouble about to air?

Will Sarah survive Gary’s wrath? Or will Adam get in between the pair?

Elsewhere on the cobbles, David Platt’s (Jack P Shepherd) future might have been sealed as he faces court with Nick Tilsley (Ben Price).

Coronation Street continues Friday on ITV at 7.30pm and 8.30pm.