Coronation Street viewers saw Gary Windass (played by Mikey North) at the centre of a dramatic Christmas in Weatherfield as he was caught up in the siege which killed his business partner Derek Milligan (Craig Els). As his dark side has now been exposed, it looks like he could choose another victim in the form of Adam Barlow – here’s why.

ITV viewers have seen the loan shark finally outed in an explosive festive season as he vowed to girlfriend Maria Connor (played by Samia Longchambon) that he would change his ways.

After initially splitting up with Gary, Maria decided to give the father of her unborn child another chance after he managed to talk her round.

It seems as though Gary will be tempted back into crime as he toys with the livelihoods of the employees of the Underworld and finds himself making more enemies than friends.

However, Gary looked infuriated this evening as love rival Adam Barlow (Sam Robertson) decided to propose to Sarah Platt (Tina O’Brien) – could he decide to get revenge? 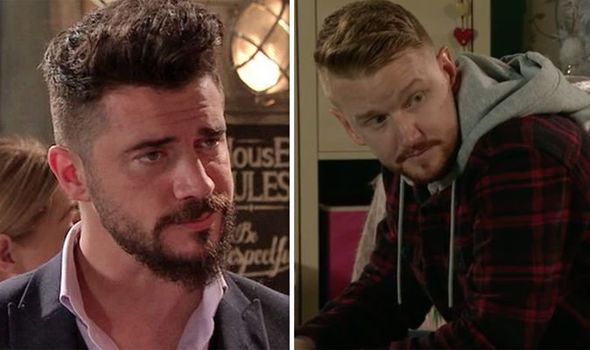 Tonight saw Gary up the ante with ex-girlfriend Sarah as he decided to change the locks on the Underworld factory after she refused to pay the rent.

Adam and Sarah showed up at the factory after finding out the building now belonged to Gary due to Derek’s death.

She was less than pleased to see her former lover, telling him: “You have got a nerve.”

“You have the keys, I need the rent,” Gary hit back. 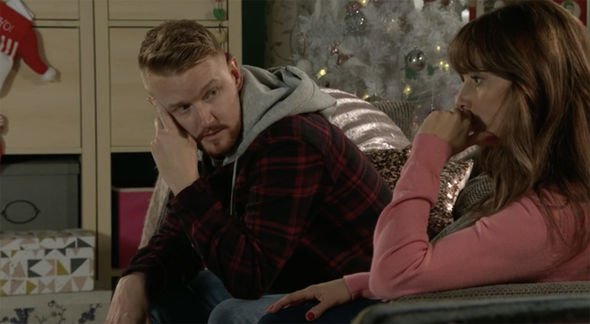 Adam pleaded: “Don’t you think people round here hate you enough without threatening their livelihoods?”

However, Sarah would not back down and Adam then informed his beloved that Gary was right, leaving Sarah frustrated as she tried to plot a way to get the building off Gary’s hands.

Gary then had another surprise in store later on after Sarah refused to pay the rent.

He revealed he had changed the locks on the building as Sarah hit back and tried to get him to see sense, to no avail.

Later on, Gary showed up at the Rover’s Return where the employees of the Underworld were less than impressed to see him.

Nick (Ben Price) pleaded: “Let’s sort this out and then we can leave it in peace.”

Shortly after, Gary then witnessed Adam propose to Sarah, to which she immediately accepted while he watched on looking gutted.

Viewers know Sarah is Gary’s ex-girlfriend, who she broke up with earlier this year after witnessing his dark side.

Sarah has since struck up a romance with heart-throb Adam who she looks set to wed.

However, it has been evident that Gary still has feelings towards Sarah, and he has always clashed with Adam in the village.

As Gary’s true colours are gradually being exposed, it’s clear he could be capable of killing again.

Could he decide to get revenge on Adam in a jealous rage as the tension continues to build between them?

Coronation Street continues on Friday at 7.30pm on ITV.