Coronation Street spoilers: Geoff Metcalfe tricks Yasmeen Nazir into amrrying him before forcing her to eat a crab shell at the reception

CORONATION Street bully Geoff Metcalfe tricks Yasmeen Nazir into marrying him before bullying her at the wedding reception in an upcoming episode.

The restaurant manager – who is played by actress Shelley King in the ITV soap – is being emotionally abused by Geoff and their relationship will take another sinister turn next week as he gets nearer to tying the knot.

Yasmeen and Geoff are embroiled in a dark storyline of coercive control that has been brewing for a number of months.

Viewers have seen the radio DJ upset poor Yasmeen with a number of vicious outbursts.

In one instance, he purposefully allowed Yasmeen to see him surfing a dating website, claiming that it was research for his radio show.

He has also taken control of her bank account and isolated her from friends and family.

Corrie viewers were left in tears when Yazmeen Nazir tried to confide in her best friend Cathy over Geoff metcalfe’s controlling behaviour.

But Cathy didn’t grasp the extent of the problem and brushed her concerns aside, telling Yazmeen she was a lucky woman.

Their relationship took a dark turn when viewers saw a gloved thief taking photographs and a box of jewellery at Yasmeen’s home – and fans are convinced it was him.

Fans also watched in horror as he tore up a photo of Yasmeen’s dead son in an attempt to control his partner. 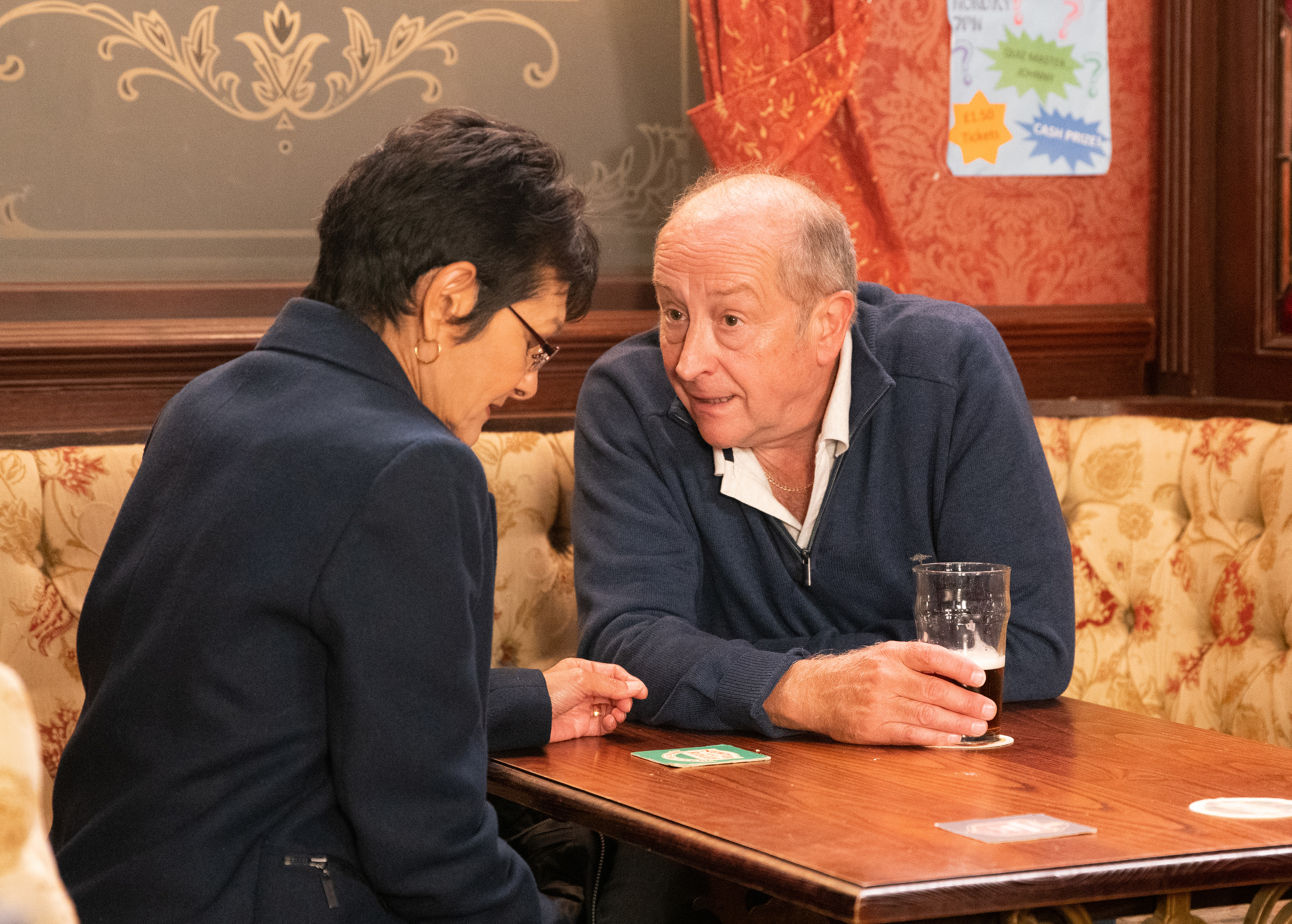 But his subtle abuse stepped up a notch when he got jealous of Johnny flirting with Yasmeen.

After yelling nonsense at her, he forced poor Yasmeen to leave her own bedroom for the night.

In an upcoming episode, Geoff will ramp up the abuse following his and Yasmeen’s return from Vegas.

In the upcoming scenes, Geoff’s suspicions about Alya and Ryan are confirmed after checking the hidden CCTV camera.

Geoff will reveal to the pair that he married Yasmeen while they were away – much to their dismay.

The DJ then sets about turning Yasmeen against Alya, saying she misused the house while they were away. 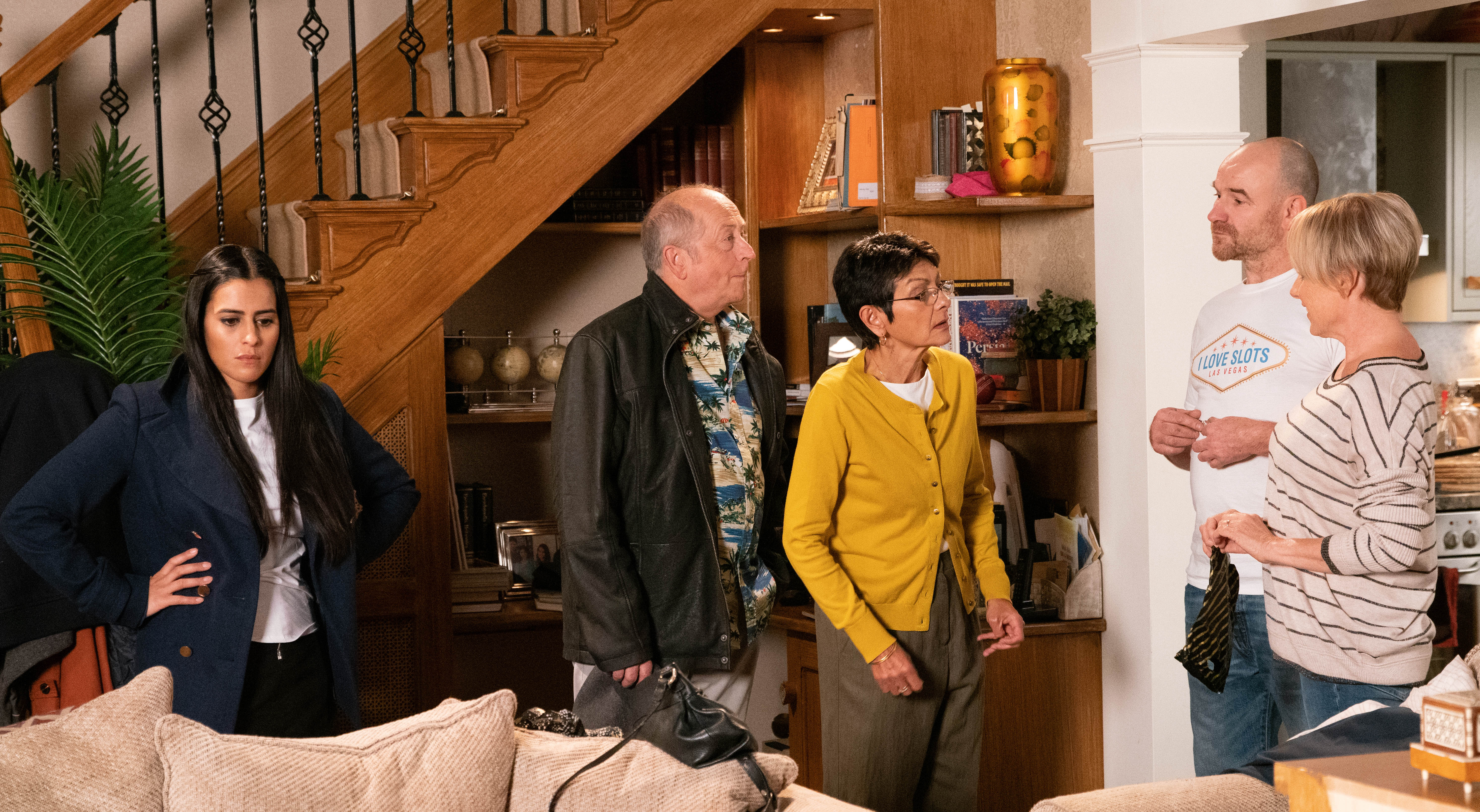 He also spreads his poison when he claims Alya is only disapproving of their marriage because she’s concerned about her inheritance.

When Geoff organises a Vegas party for him and Yasmeen, he convinces Alya to stay away from the party – much to the dismay of Yasmeen.

Tim, Sally, Brian, Cathy, Kevin and Abi gather at No.6 for Geoff and Yasmeen’s wedding party.

Things are going swimmingly as he does a speech and showers Yasmeen with compliments.

But when Cathy removes a piece of shell she finds in her crab canope, a furious Geoff blows the whole thing out of proportion.

After the guests have left, he berates his bride for embarrassing him in front of the guests.

Viewers will see the brute take the shell from the bin and cruelly insist Yasmeen should eat it.

Will this be the turning point for Yasmeen that will see her speak out about the abuse?

Corrie fans will have to tune in to find out.