Fiz Stape (played by Jennie McAlpine) and Tyrone Dobbs (Alan Halsall) will be seen in tense situations on Coronation Street next week as the mechanic learns of his partner’s secretive behaviour, making him question whether she’s having an affair.

Suspicions about Fiz start to grow when a confused Evelyn Plummer (Maureen Lipman) notices a birthday card sent to Fiz from Hope’s teacher in Birmingham.

To add to that, next week’s episode will see Fiz making some furtive phone calls to somebody whilst sitting in the pub, telling the caller she needs and misses them.

Oblivious to Fiz, a suspicious Tyrone will overhear and demands to know who she’s talking to.

Will matriarch Evelyn figure it out and spill the beans to a worried Tyrone? 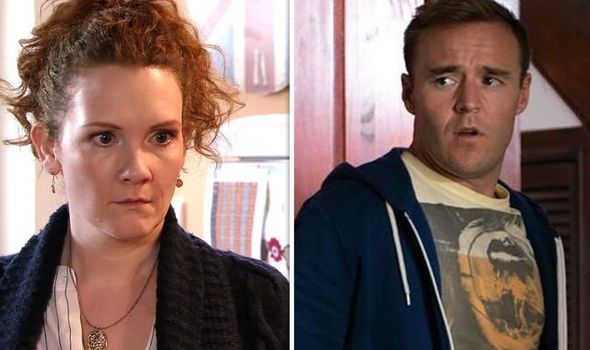 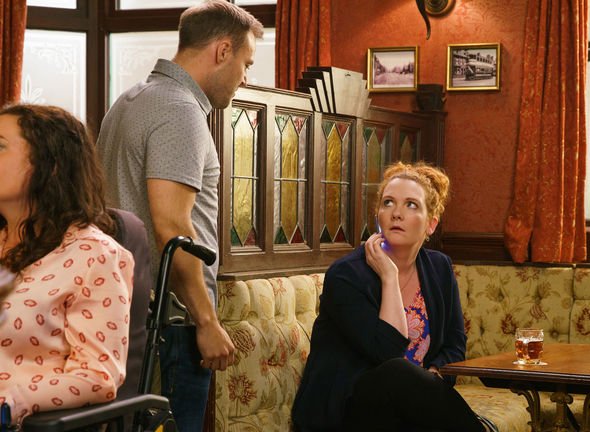 Things between Fiz and her long-term partner Tyrone have not been easy, especially as Hope’s behaviour spirals out of control and her driving a wedge between them.

The factory fire is the most recent example of a troubled Hope being caught out by Tyrone, resulting in an argument with his partner.

And it didn’t get any better when Fiz asked teaching assistant Jade to move in with them to help Hope read and settle back into school despite Tyrone’s reluctance.

Although these could all be signs that their relationship is just not working, it will have devastating consequences for Tyrone, leaving him heartbroken. 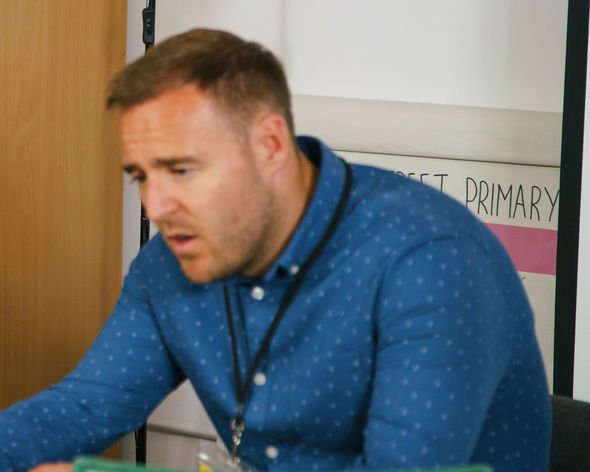 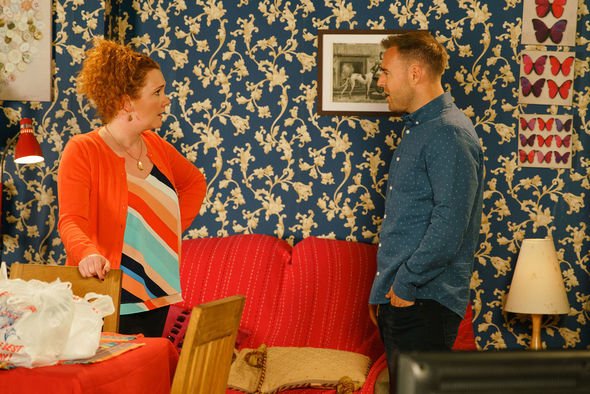 The storyline comes after Fiz and Hope (Isabella Flanagan) were recently welcomed back to the ITV soap.

They had been away at a behavioural school in Birmingham after Hope displayed worrying behaviour earlier in the year.

Could this be where Fiz struck up a romance with her mystery man?

Actress Jennie has teased the significance of Fiz’s phone call, saying: “You hear Fiz speaking on the phone, and this is clearly something confidential to her.

“As soon as Tyrone walks in, we see Fiz hangs up without a cue, and at one point he even catches her saying ‘I miss you’ down the phone.”

However, the soap star also said: “It’s not necessarily what people might think,” which means it may not even be an affair but rather, something further from the obvious.

Corrie fans will certainly keep an eye on what Fiz has been hiding in next week’s episode as the suspense continues.

Elsewhere on the cobbles, Paul Foreman (Paul Ash) will lash out at Billy Mayhew (Daniel Brocklebank) in the cafe, arguing that despite him having underage sex with Kel, it was consensual.

Although Paul is on the verge of opening up to Billy, Bernie (Jane Hazlegrove) interrupts them.

However, when Kel shows a bunch of old photos, Paul realises just how young he was and doesn’t take it too well, drinking his sorrows away.

Billy tracks down a shocked Paul who then opens up and says everything he’s been blocking out are flooding back.