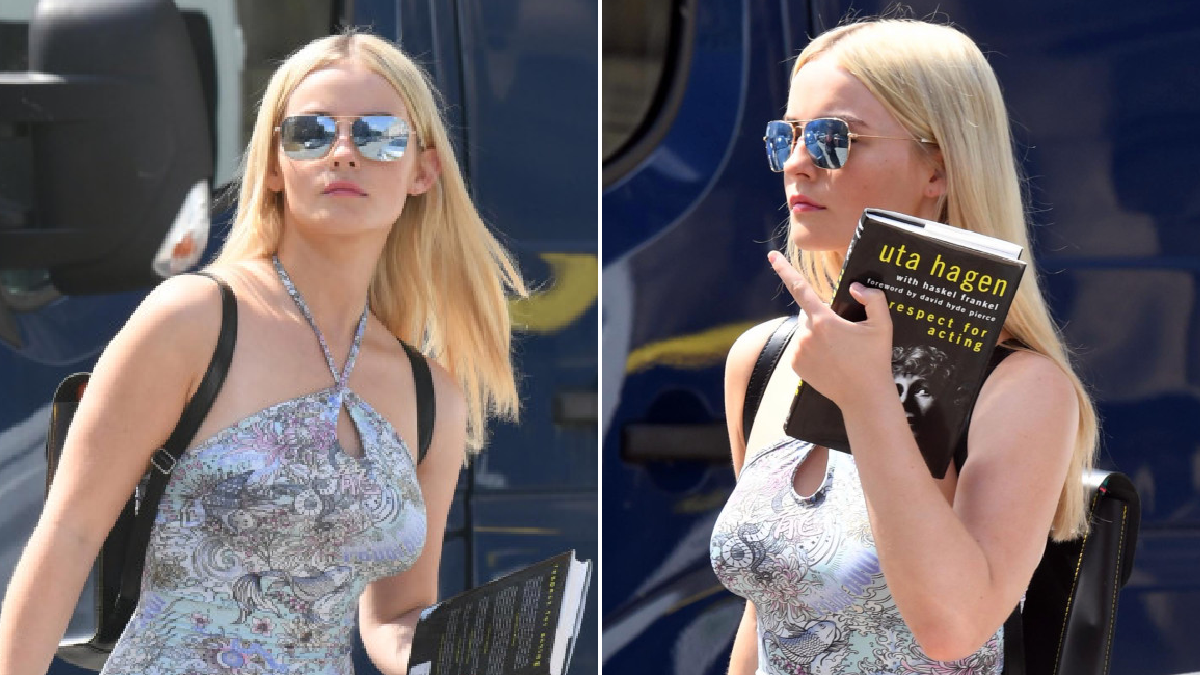 Coronation Street star Millie Gibson is evidently committed to her craft, as she was spotted holding a book on acting after filming on the ITV soap wrapped up for the day.

The actress, who portrays Kelly Neelan, was pictured filming scenes on-location this week, as temperatures soared.

Production finished up early, and Millie changed into a summer-inspired outfit before heading off, carrying a book entitled Respect for Acting, written by Uta Hagden.

The soap star is at the centre of a huge upcoming storyline in Corrie, as Kelly is on trial for Seb Franklin’s (Hary Visinoni) murder.

The cast and crew of the long-running serial drama have been filming on-location for a number of days now, the first time since lockdown commenced.

Killer Corey, suited and booted, was all smiles, as he waited to be called into court.

Kelly, meanwhile, was more thoughtful, as she sat on the steps of the courtroom, holding her head in her hands.

Both teens are facing charges for the role they played in the death of cobbles mainstay Seb.

Seb and girlfriend Nina Lucas (Mollie Gallagher) were attacked in violent scenes, which aired on May 5. The assault was carried out by Corey and his gang of thugs.

The lovers had previously crossed paths with Corey amid a romantic stroll by the canal.

Corey hurled abuse at Nina and branded her a ‘freak.’ Kelly Neelan soon joined in, and proceeded to smack her across the face.

Nina, horrified, advised both Kelly and Summer to go home, before she made tracks with Seb.

Corey, however, was not finished causing mayhem, and encouraged his gang to chase after them.

Nina and Seb tried to remain calm as darkness fell, but they were soon tackled to the floor, and subjected to a brutal assault.

Seb remained conscious long enough to call for an ambulance. Nina subsequently recovered in hospital. Seb, however, did not.