Coronation Street fans have watched Aadi Alahan (played by Adam Hussain) and Kelly Neelan (Millie Gibson) fall in love in recent months but their happy ending could be tragically robbed from the couple when Kelly’s revenge plot against Gary Windass (Mikey North) backfires. Will Aadi be killed trying to save his fiancée?

Speaking to Express.co.uk and other press, Aadi star Adam opened up on Kelly and his character’s love story.

He began: “I think Aadi genuinely does have feelings for Kelly.

“He’s willing to help her with dangerous things because he loves her and he wants to protect her and I feel like they’re quite similar to how they’re sort of outcasts.

“They’ve gone through a lot of hardships and troubles and they relate with each other through that. So I think they do care about each other.”

In next week’s episodes, Kelly tells Aadi she’s booked their tickets for Bangkok but doesn’t tell him they’re one way. 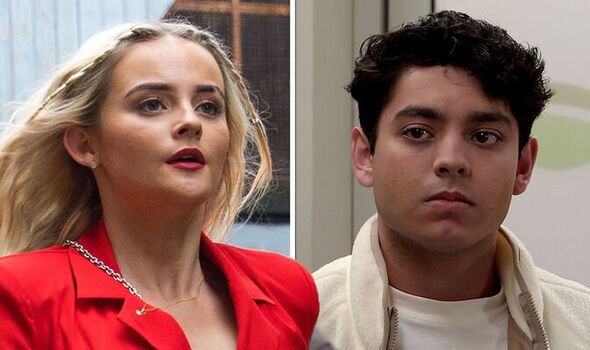 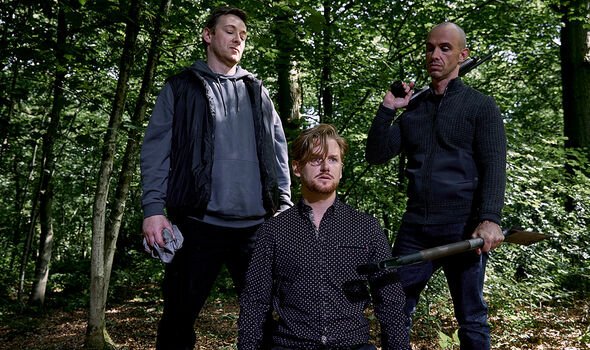 Adam revealed if Aadi finds out the truth he’d most likely be happy to start a new life with Kelly elsewhere.

He said: “I think ultimately he would because he’s not having a good time at home on the street.

“He’s been in car crashes and set on fire and being dumped and he’s found someone who understands him.

“So I think given the opportunity he would run away for a fresh start with Kelly.”

At their engagement party, Kelly is overwhelmed when Gary begins to gush over her and their family unit. 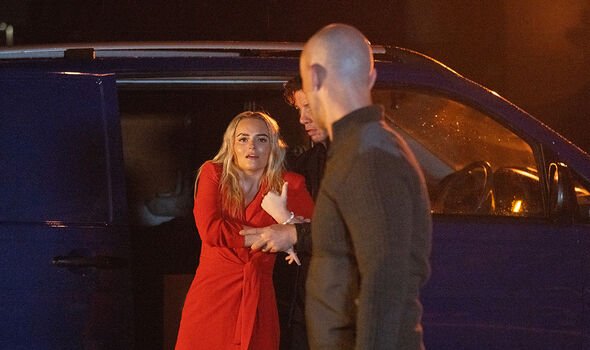 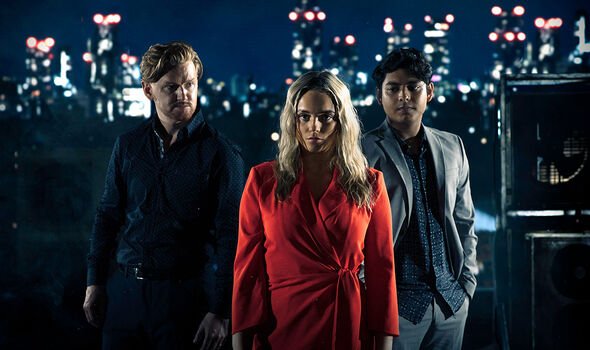 She struggles to control her emotions and blurts out that she knows Gary killed her father Rick Neelan (Greg Wood).

Kelly lures Gary into a trap where her kidnapper Kieron bundles him into a car and drives him to the forest where he killed Rick.

It’s not clear how Gary will escape but Aadi will be left stunned when he returns to Weatherfield and explains that Kelly’s in danger.

The duo track down Kelly and Kieron to the roof of a disused mill but who will survive the showdown?

Official soap spoilers confirm a gun will go off but have not confirmed who will be shot.

Coronation Street star Adam revealed that Aadi is willing to support Kelly no matter what it takes.

His fiancée has put Aadi into a dangerous situation by doing business with Kieron and her revenge plan may backfire horribly.

Speaking about helping Kelly, Adam continued: “I’d say he’s nervous, but I think he’s willing to help her because he loves her and cares about her and wants to protect her.

“I’d say that he’d still do it, even though he’s terrified.”

Aadi is prepared to start a new life away from his friends and family for Kelly.

If he sees she’s in grave danger will he push her out of the way and take a bullet for his fiancée?

However, she may survive the gun ordeal and exit after not being able to deal with the guilt of feeling responsible for Aadi’s death.

Coronation Street airs on ITV on Monday, Wednesday and Friday at 8pm.