Coronation Street: Stephen lunges at Leo after being confronted

Aaron (played by James Craven) has only admitted to his girlfriend Summer Spellman (Harriet Bibby) about what he has to deal with when going home to his father. She has been a support system for Aaron and the pair have bonded over the trauma they have felt throughout their childhood. However, official spoilers reveal that Aaron is set to finally reveal what goes on behind closed doors, and this could leave Billy wondering how he can help Aaron.

In upcoming scenes next week, Aaron reveals to Summer that he has confiscated his dad’s wallet to stop him from buying booze but in doing so discovered a bag of cannabis.

With the bishop due to visit any minute, Billy’s appalled and sends them off to hide in the bedroom.

During the visit, Todd spots the bishop about to try one of the brownies and yells at him to stop but has he already snuck a brownie? 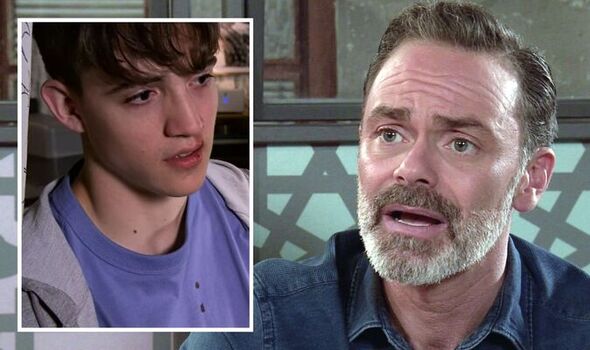 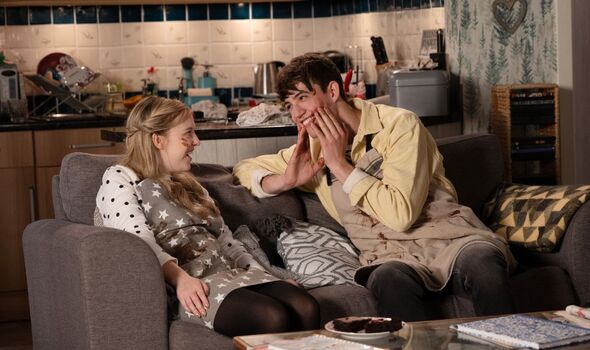 After the bishop leaves, Billy resumes lecturing Aaron on the dangers of drugs until Summer snaps back and reveals that she’s sick of being told what to do.

Later, Aaron’s dad arrives at the garage visibly drunk and volatile and threatens Aaron over the stolen cash and weed.

Noticing the commotion and protecting Aaron, he is sent packing by Kevin Webster (Michael Le Vell).

Aaron later meets up with Summer and she is shocked to discover that his dad was waiting for him and attacked him once again when he got home. 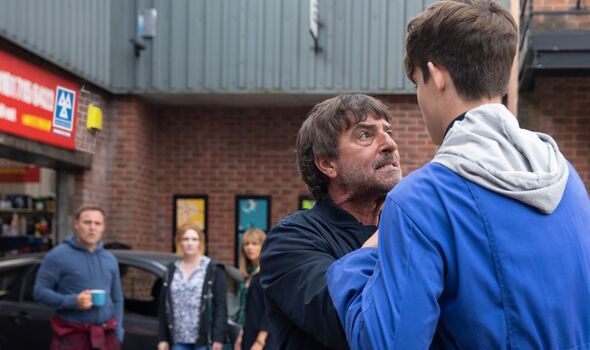 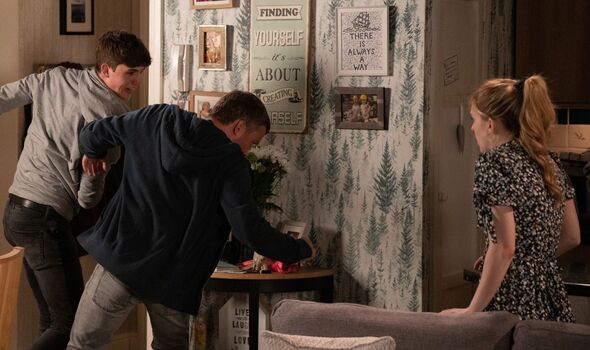 Having heard from Fiz Stape (Jennie McAlpine) about Aaron stealing marijuana from his dad, Paul Foreman (Peter Ash) calls at the flower shop flat and lays into Aaron for leading Summer astray.

Paul grabs at Aaron’s bruised arms and causes the latter to wince in pain, lashing out and punching Paul in the face.

Summer watches in shock unable to help. Furious at the altercation, Paul tells Billy he’s reporting him to the police.

Feeling guilty about the scuffle, Aaron finally reveals to Billy that his dad regularly beats him and lashed out at Paul because of the bruise on his arm.

Billy is sympathetic and heads off to stop Paul from reporting Aaron but will he make it in time?

Now knowing what Aaron is going through at home, will Billy be able to help Aaron escape from the pain?

The senior Christian cleric has a huge heart, especially when it comes to the happiness of his daughter Summer.

Billy could finally be the person that helps Aaron to put his father away for good and to end the suffering he has felt most of his life.

If he doesn’t manage to stop Paul from reporting him in time, the fight to help Aaron may be a long tough one.

Will he encourage Summer to continue her support or will he tell her to cut her losses, leaving Aaron alone with his father?