Curtis (played by Sam Retford) joined the cobbles just weeks ago and immediately had his eye on Coronation Street favourite Emma Brooker (Alexandra Mardell). They seem to have hit it off, but there is an air of mystery around Curtis, who hasn’t given much away about his past or how he came to be in Weatherfield. Fans of the ITV soap know by now this is usually a red flag, and have their suspicions about who he really is. Could Curtis be a relation of sleazy Ray Crosby (Mark Frost)?

Villain Ray tried to monopolise a collection of properties on the street during his stint on the cobbles.

He left earlier this year in the back of a police car after attempting to kill Debbie Webster (Sue Devaney) and Kevin Webster (Michael Le Vell) by locking them in an industrial fridge.

He is also being held in custody for the attempted rape of Faye Windass (Ellie Leach).

Faye is also in prison for attacking Adam Barlow (Sam Robertson) after mistaking him for Ray. 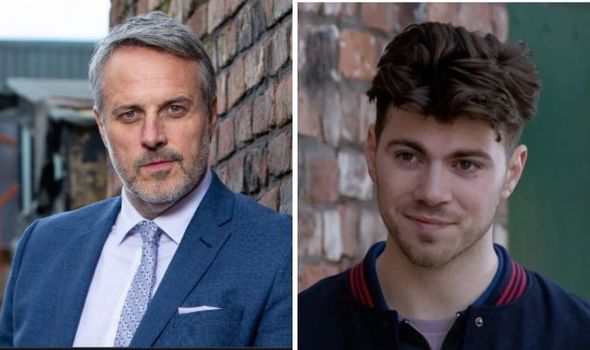 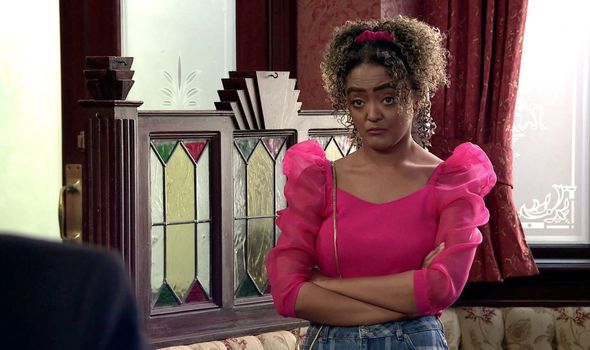 Since his exit, he hasn’t been mentioned much and is assumed to be behind bars.

But could a relative of his turn up with an agenda – in the form of Curtis?

The youngster told Emma he’s a student and he now works at The Bistro after Emma helped him prepare for the interview.

Emma seems head over heels for him, but is he being honest about who he is? 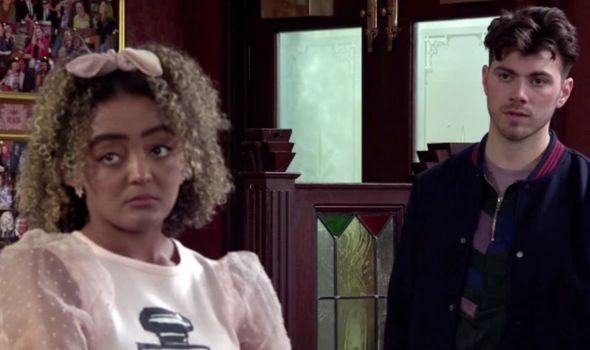 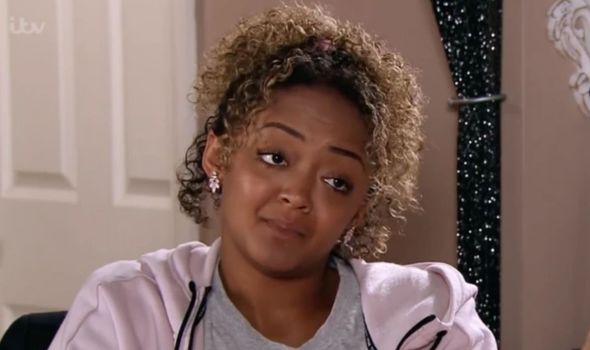 Eagle-eyed fans have taken to Twitter to discuss their theories, with one writing: “#Corrie I think Curtis has something to do with Ray???”

Another mirrored this view, commenting: “Wonder if he’s anything to do with Ray…”

“Curtis is too nice… I am hoping he actually is and not some evil mastermind serial killer,” another penned.

One said: “#Corrie Oh my god Curtis is Rays son!”

Others aren’t so suspicious, and are hoping to see Curtis and Emma get together and live happily.

“Emma and Curtis are so adorable #corrie,” one added.

One person wrote: “Emma and Curtis are super cute. Emma – you should embrace your authenticity and not ‘play it cool’ if you don’t want to. Just be your beautiful glorious self #Corrie #CoronationStreet.”

“Don’t leave it 3 days Emma that’s too long. Curtis is gonna think that you are losing interest if you leave it that long. #Corrie,” another chimed in to say.

This viewer “advice” to Emma comes as Tracy Barlow (Kate Ford) ordered Emma to “play it cool” and not act so keen around Curtis.

She advised her to play hard to get and not reply to Curtis’ messages for three days if she wants a real relationship to develop.

Emma has taken on board her advice, but could Tracy have actually saved her from being used if Curtis is in fact lying about his true identity?

Just as evil Harvey Gaskell (Will Mellor) used his aunt Sharon Bentley (Tracie Bennett) to get to the people of Weatherfield, it’s probable that Ray could be using a family member to find out what’s going on.

Unlucky-in-love Emma could be letting her dream of meeting the perfect guy cloud her judgement of Curtis, so sadly she might make an easy target as someone to latch onto while he does Ray’s dirty work.

Having appeared on the street out of the blue, it does seem like Coronation Street writers could be setting up a bigger story with Curtis.

Could fans be correct in associating him with Ray?