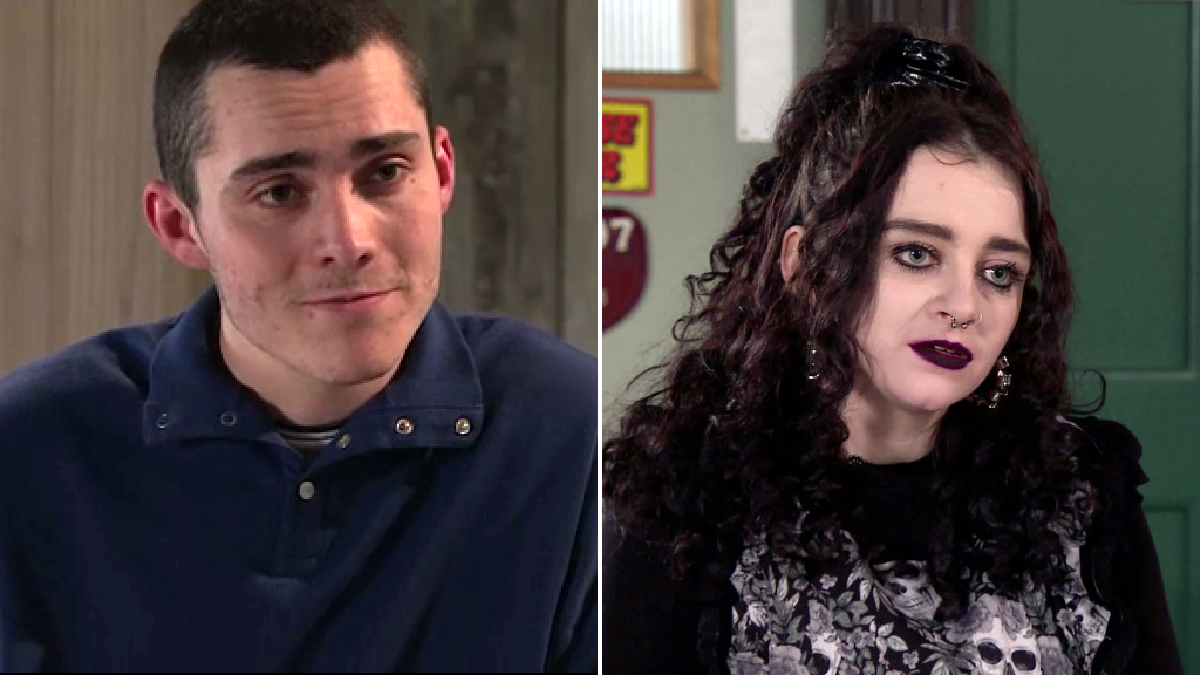 The villainous youth cruelly branded Nina a ‘freak’, before inciting a brutal and unprovoked attack on both she and Seb Franklin (Harry Visinoni).

Corey has made no secret of the fact that he doesn’t like Nina – and even attempted to turn girlfriend Asha Alahan (Tanisha Gorey) against her on numerous occasions in the past.

‘There’s a sense of jealousy towards Nina and that stems from the relationship Asha had with Nina,’ actor Max Evans explained to Metro.co.uk.

‘Because she is so uniquely different and Corey is a confident lad, he feels threatened by her presence especially when she is around Asha. Corey is arrogant and that drives his motives – he thinks Nina wants to control Asha.’

Corey, of course, is the one who craves control – something which many fans have noted over the past couple of weeks in regards to how he treats Asha.

‘He’s a very controlling person and people are comparing him a lot with Geoff,’ said Max, ‘which is brilliant that people are acknowledging that Corey is the villain in the piece, which he is.

‘Asha starts to get away from it when the police get involved – but I wouldn’t be surprised if Corey manages to reel her back in.’

Corey was arrested on suspicion of Seb’s murder earlier this week, after Asha failed to provide him with an alibi.

‘He is naturally scared – especially as he is guilty of something,’ Max added. ‘He has never been involved with police before so he doesn’t know what to do – which is why he’s a no commenter, he is scared, yeah.