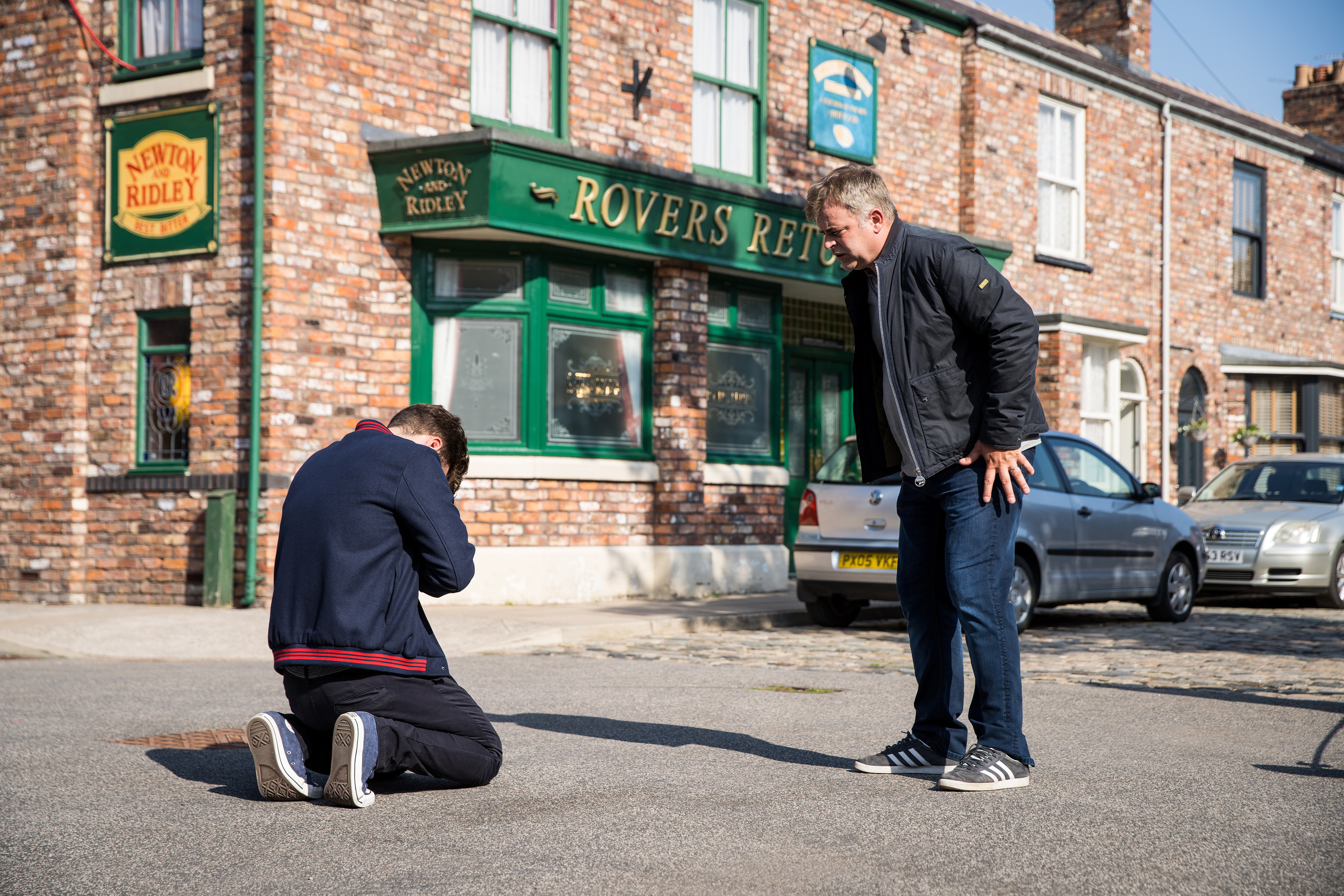 Arriving in May this year, Curtis quickly struck up a friendship with Emma (Alexandra Mardell), which has now turned into a relationship.

Initially, Curtis was somewhat shady with Emma, struggling to commit to being with her because of a secret.

Eventually, Curtis told Emma he has a life-threatening heart condition that could mean he collapses and dies at any point.

Recognising Emma clearly wanted to support Curtis, he opened up to her and revealed more about his heart condition.

‘I was in school,’ he said. ‘I was playing rugby. I was running after the ball, and then suddenly I wasn’t.

‘Next thing [I knew], I was in hospital, recovering from the operation,’ he added, unbuttoning his shirt to reveal a scar on his chest.

‘I collapsed not that long ago. The doctors thought it was the same thing that my dad died of. HCM. Hypertrophic cardiomyopathy.

‘After the doctors ran some tests, they found some other symptoms that weren’t anything to do with HCM. Symptoms that they don’t understand. And more importantly, don’t know how to treat.’

However, as tonight’s episodes revealed – none of that is true.

As Curtis entered a room to see specialist Dr Handley, viewers were thrown when the doctor revealed there isn’t actually a single thing wrong with Curtis’ heart.

And to add to the plot twist, Dr Handley assured Curtis there’s nothing physically wrong with him, he’s suffering from a factitious disorder and will be referred to a psychologist.

So, why does Curtis have this illness? Sam Retford recently told Metro.co.uk and other press more about his character’s secret:

‘It comes from a place of neglect and forming inauthentic relationships with people in his childhoods and this preconceived notion of wanting to feel loved – built on really unstable foundations. It comes from a place of regret and need to manipulate situations. He’s just lonely. There was quite a lot that happened to him when he was younger, and he saw a light to tap into people’s empathy towards him – and why wouldn’t you?

‘If we could all have a button we could press and it means that people love you, of course we would all day long because it’s a nice thing that people care for you. And when you don’t have that as a kid you chase it. He’s pretty lost.’

Sam continued: ‘I would read some text and it wouldn’t even be an emotional piece of text, it would literally just be a small white lie that he would tell to Emma maybe, and it would make me emotional reading it because he wouldn’t need to lie, there would be no necessity for it but in his head he believed he needed that to be loved by other people. I felt great empathy towards him.’

Sam has known about Curtis’ secret illness since his arrival and told us more about what it’s been like to keep things hidden from well, everyone!

‘It’s been pretty tough, because it’s something that’s fascinated me so much and it’s something that I’ve really tried to delve into. I didn’t pretend it wasn’t going to happen. For example, if you were to watch it back, you would see all of his actions are influenced by this so it’s something that always been in the very forefront of my mind but never something I was able to talk about.

‘A few people guessed it, which is good, we left some sort of clues in there, we didn’t want it to come out of the blue because it is something that influences people’s every day decisions and their day to day life, it’s a really debilitating disorder.’