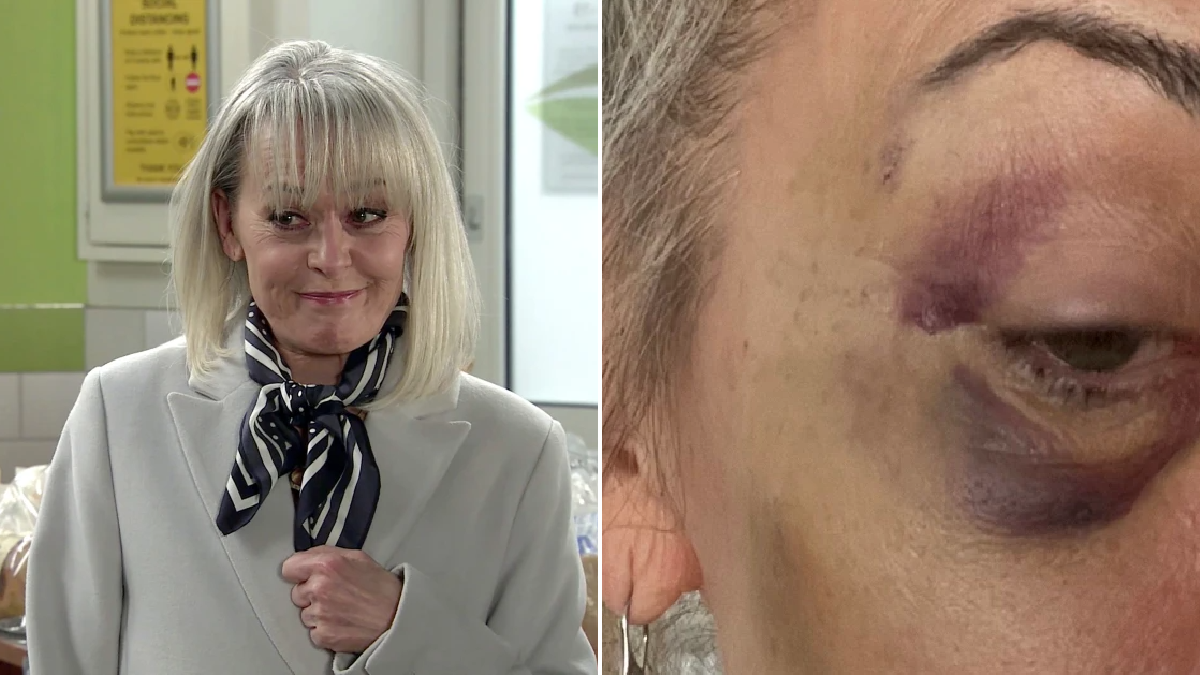 Coronation Street star Tracie Bennett has been left with quite the bruise on her face after sustaining a black eye.

The actress, known for her role as Sharon Bentley in the ITV soap, posted a snap on her Twitter that revealed her injured eye.

‘Shall I even bother to put makeup on? It’ll get worse before it gets better’, she captioned the image.

Before her arrival, evil Harvey Gaskell (Will Mellor) was just beginning to make Simon Barlow (Alex Bain) and his family’s life a living hell.

When Sharon returned, it was soon revealed Harvey is her nephew.

Sharon was part of a plan that saw Sam (Jude Riordan) kidnapped by one of Harvey’s men, and was involved in a very memorable scene that saw her taser Jenny Connor (Sally Ann Matthews).