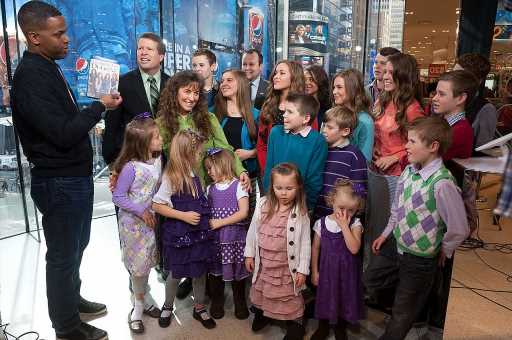 From their ultra-religious ways to their bizarre courting rules, the Duggars are well-known in the world of reality TV. Jim Bob and Michelle Duggar were originally known for having 19 children. And now that TLC has followed the family as the kids grew up (the youngest, Josie, is now 9), we love seeing what the oldest members of the family are up to now via Counting On.

Many of the older Duggars have their own Instagrams now that they’re married with kids of their own, but Michelle and Jim Bob still keep up with an Instagram of their own. And recently, they posted a photo with some of the younger kids while they all went for a hike. Fans noticed the children didn’t seem to be dressed appropriately for the activity, however. Here’s what they said.

The Duggars have always abided by a strict dress code

Since the Duggars are fundamentalist Christians, they abide by a set of strict rules to be as pure and holy as possible in the eyes of God. For this reason, the family has discussed their modest and seemingly antiquated way of dressing in the past. And it all seemed to start with Michelle Duggar.

Before Michelle and Jim Bob married, she was a cheerleader wearing whatever she wanted — but she told TLC that after she delved deep into Christianity, she wanted to change her ways. “I felt like the Lord was saying to me, ‘You know what, you probably shouldn’t be wearing that. It’s a little bit low cut, or a little bit too high, you know?’ I just really felt like I needed to obey what God was saying to me first and understand later,” she said. For this reason, all of the Duggar women wore long skirts and shirts with high necklines growing up.

The family also believes in what they call “defrauding.” Michelle once said, “My kids are taught the definition of defrauding as stirring up desires that cannot be righteously fulfilled. We don’t believe in defrauding others by the way we dress.”

Those who follow the Duggars have noticed how the dress code has gotten a lot more liberal over the years. Not only does Jill Duggar have her nose pierced, but she also now wears pants and dresses that show off her legs. And Jinger Duggar has created her own style altogether that fans are absolutely loving. In this photo, Jinger’s wearing a dress that hits above her knee caps, which never would’ve been allowed if she was still living at home.

Has Michelle eased up on her own rules? Many suspect she has, as there have been a few photos of the mother of 19 wearing pants as well. In Touch Weekly notes there’s been evidence spanning as far back as 2015 that shows Michelle would wear pants on certain occasions (like to the gym, for example). And since her older daughters have started dressing in more modern fashions, it seems Michelle may also take some guidance from them.

While there’s a ton of focus on the older Duggars who have their own Instagrams, the Duggar Family Instagram page features the younger ones, too. And recently, the family posted this photo showing Jim Bob, Michelle, and several of their youngest going for a hike. It seems Michelle is featured wearing pants here, too — but the young girls are pictures wearing their iconic long skirts and dresses despite the activity.

“The girls need 2 bee wearing pants and shorts 4 hiking not dresses and skirts [sic],” a follower commented on the post. And another added, “
If you’re not gonna wear pants, at least put something covering the legs. They’ll get ticks or jaggers. Also sandals?” Yet another commented, “I like you guys but seriously let those girls at least hike and play in pants or shorts. Nobody’s eyes will fall out of their head and God will totally be fine with it.”

Despite the older girls wearing what they wish, it looks like the younger Duggars are still abiding by the classic family rules after all.

END_OF_DOCUMENT_TOKEN_TO_BE_REPLACED

END_OF_DOCUMENT_TOKEN_TO_BE_REPLACED
We and our partners use cookies on this site to improve our service, perform analytics, personalize advertising, measure advertising performance, and remember website preferences.Ok