Daisy drops a wedding bombshell on Daniel in Coronation Street 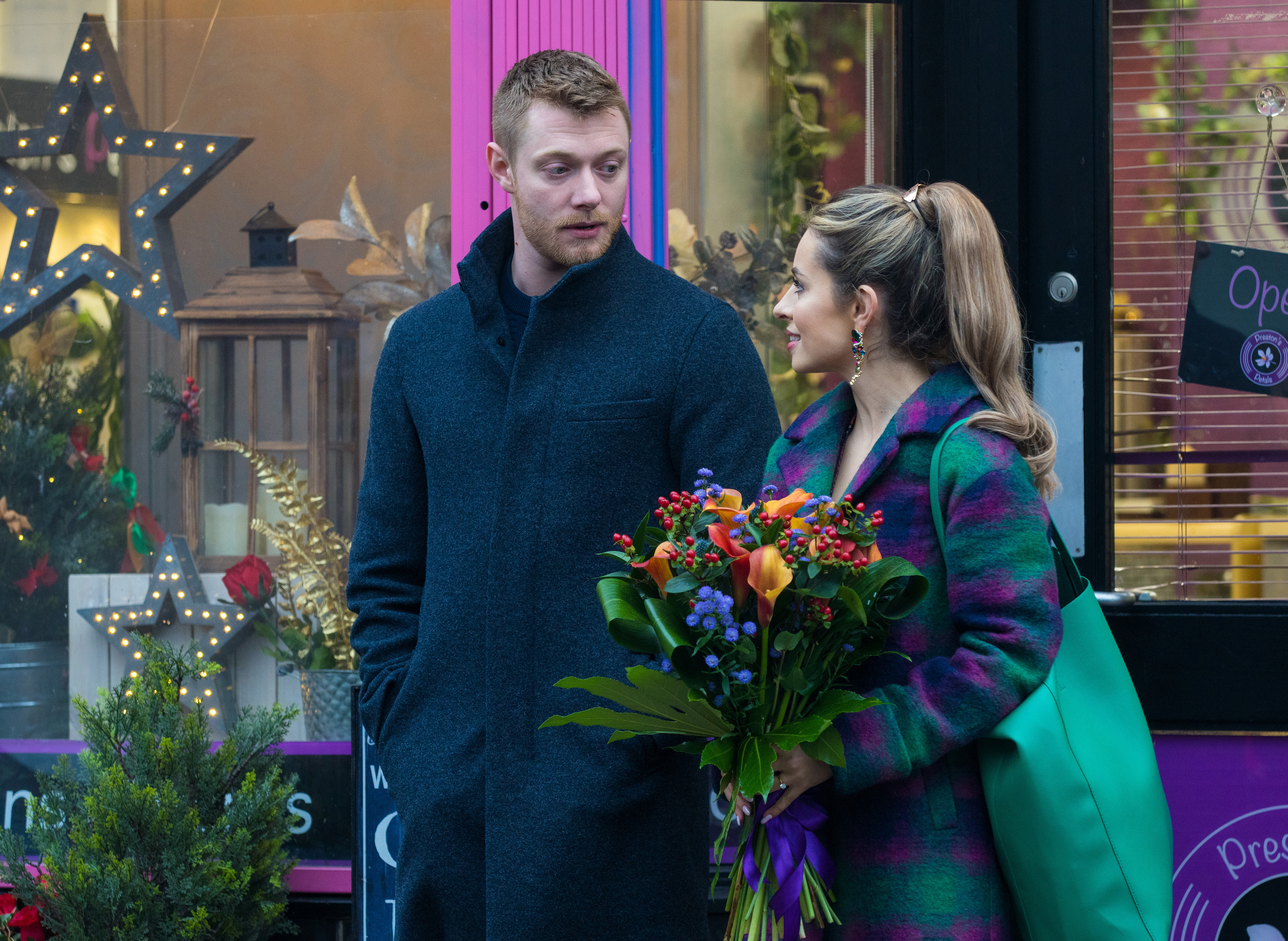 Following Daniel (Rob Mallard)’s romantic proposal to Daisy (Charlotte Jordan) in the Rovers during Christmas Day’s Coronation Street, her mind naturally turns to wedding plans – but is she moving too fast for Daniel?

We know that Daisy loves her social media. As Charlotte Jordan told us, the proposal was ‘Maybe not as Instagram-able as she may have liked for someone like Daisy,’ so she’s determined that the wedding will be picture perfect.

She absolutely falls in love with a wedding venue, Charlesworth Hall. The problem is it’s extremely expensive and she knows there’s no way that she and Daniel could afford it.

Then they tell her that they can do the wedding for half the price on the second Monday in May. Daisy is thrilled – but when she tells Daniel his reaction isn’t what she was hoping for. He’s less than enthusiastic about it being so soon.

Is Daniel getting cold feet already? Perhaps Daisy’s insistence on a big, flashy wedding has bothered him?

As Rob Mallard previously told us, ‘Daisy’s of the Instagram generation, and Daniel’s just a bit before that. So it’s all a bit like Daniel was born in the wrong era. So Daniel kind of does look at the whole Instagram world with sort of a very sceptical view. Because he’s books and learning and teaching. And she’s selfies and shoes.’

Could their differences tear them apart before the wedding even arrives?