Following the death of Queen Elizabeth II, rumours have been circulating Prince Harry and Meghan Markle are keen to delay the release of their documentary. The pair signed a deal with Netflix to allow cameras to follow them as they work for a number of charities and give viewers a glimpse of their private life together. As it’s reported the Duke and Duchess of Sussex want to make some changes to the episodes and delay the series, GB News host Dan branded the pair “tasteless”.

Dan began: “Now, Harry and Meghan are once again determined to tell ‘their truth’ regardless of how it aligns with the facts.

“The Duke and Duchess of woke have reportedly gone to war with their Netflix paymasters by demanding chunks of footage for their 2023 docuseries be cut after becoming, ‘panicked’ about what will be shown in the wake of the Queen’s death last month.

“According to the New York Post, the couple are having second thoughts on their own story and have made significant requests to walk back content they themselves have provided for the project, which they originally wanted to debut after next month’s series of The Crown, in I think, the ultimately tasteless move.

“I mean, I have to be honest, it’s painfully inevitable that Harry and Meghan would end up at odds with Netflix after selling their privacy and dignity to the tune of £73million. 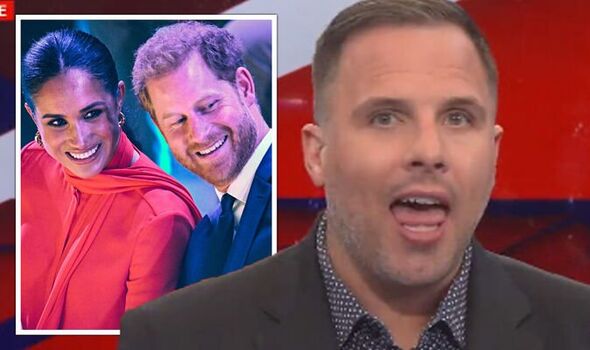 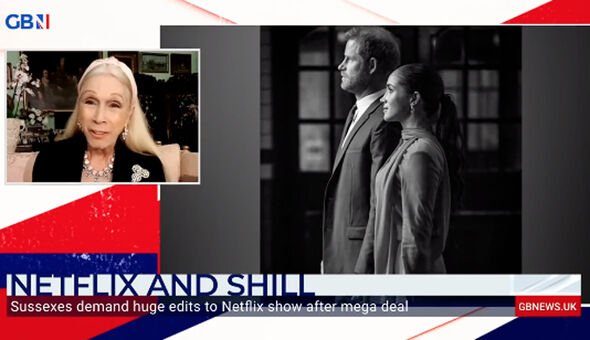 “As I’ve said in a new column for the MailOnline tonight, the Sussexes did a deal with the Hollywood devil to reveal all and now the streaming giant is demanding its pound of flesh.”

Dan was joined on his show by Lady Colin Campbell and Phil Dampier to give their opinion on the latest reports about Harry and Meghan’s Netflix series.

Lady C did not hold back as she claimed they have “no idea” just how “unpopular” they are.

She commented: “I think Meghan and Harry are justifiably panicked because they didn’t realise that they were so unpopular and the British monarchy was as popular as it is. 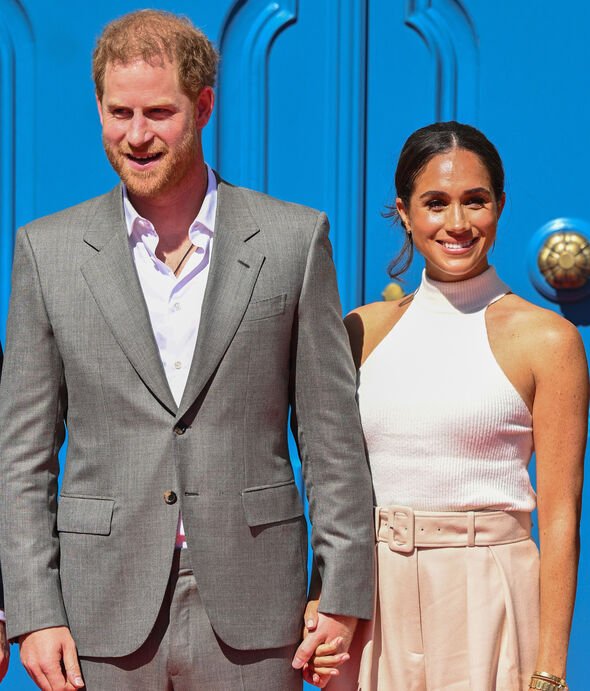 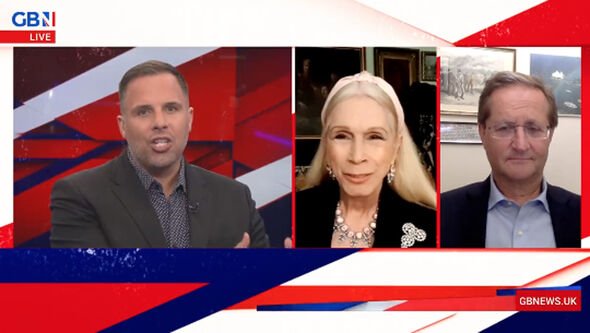 “It just goes to show how totally out of touch Harry has become with reality and how influenced he has been my Meghan.”

Those tuning into GB News were left furious by the discussion and claimed the channel is “obsessed” with Meghan and Harry.

Gemma Brown added: “Boring! None of our business really!”

“Dan Wootton’s job is about distracting us from the disaster of Tory politics by bullying Meghan and Harry,” Alice Clark commented.

SJK asked: “Christ are you still going on about H&M, get a life.”

It comes after Page Six reported Harry and Meghan are “panicked” about the release of the documentary.

A Netflix source told the publication: “Harry and Meghan are having second thoughts on their own story, on their own project.”

Another source is reported to have added: “Harry and Meghan are panicked about trying to tone down even the most basic language. But it’s their story, from their own mouths.”