Since wrapping up with the Harry Potter franchise in 2011, Daniel Radcliffe has carved a unique path for his career. Some might say his career choices are weird, but he’s OK with and enjoys weird movie projects. The next time we see Radcliffe on the big screen will also be weird. Literally. Radcliffe plays ‘Weird Al’ Yankovic in an upcoming biopic that he’s incredibly excited about, but his preparation for the role started with an accident.

Fans of ‘Weird Al’ haven’t had a movie about his life. Unless you count 1985’s The Compleat Al, a mockumentary that blended facts and fiction. Radcliffe’s turn as ‘Weird Al’ marks the first time we will see anything resembling a biopic of the legendary performer. The way Radcliffe tells it, he won the lead role while he was still playing Harry Potter.

Radcliffe performed the Tom Lehrer song The Elements during a November 2010 appearance on The Graham Norton Show. Yankovic saw it and immediately tabbed Radcliffe to play him.

It obviously took years to get the wheels turning on Weird: The Al Yankovic. When the project got going with Radcliffe in the lead, his preparation started with an accident with a very valuable bit of memorabilia.

Radcliffe visited The Tonight Show With Jimmy Fallon while promoting The Lost City in 2021. That’s where he discussed how he believes he earned the role, as well as an accident with a valuable piece of equipment during his prep (via YouTube).

“So I got lent Al’s accordion for the month … I was very sad to be having to say goodbye to it because he gave me his own accordion to practice on for the month. On day two of that, I broke one of the straps … and immediately got them replaced, and he was — again, thankfully he’s like the nicest guy, so if he was furious about it, he kept it to himself.”

It’s hard to imagine Yankovic getting upset about a broken accordion strap. That’s easy enough to replace. A vintage accordion, not so much. You can buy new accordion straps for as little as $25, but a new, entry-level accordion costs several hundred dollars from Guitar Center.

What we know about ‘Weird: The Al Yankovic Story’ so far 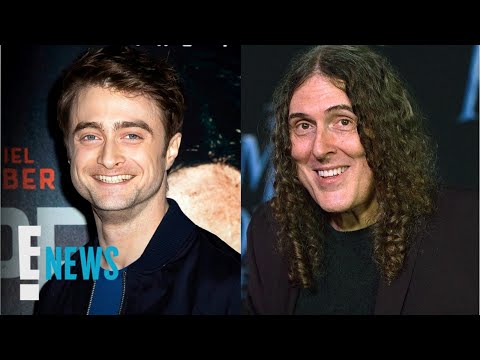 In addition to Radcliffe playing ‘Weird Al,’ we know a few other details about the upcoming biopic.

Yankovic produced and wrote the screenplay alongside director Eric Appel. Funny or Die, The Roku Channel, and Tango Entertainment are the production companies, per IMDb.