David Attenborough: 5 reasons why A Perfect Planet is his best documentary yet

David Attenborough admits he is ‘baffled’ by ‘Yeti footprints’

Sir David Attenborough’s latest documentary showcases how the forces of nature shape the Earth and its lifeforms. Executive producer Alistair Fothergill, series producer Huw Cordey, cameraman Matt Aeberhard and David himself have revealed why BBC’s A Perfect Planet delivers a message that is needed now more than ever.

It’s been four years in the making

Series producer Huw revealed the series very nearly didn’t go ahead, explaining: “It was a pretty long brainstorming process it went on for probably six months with producers and the rest of the editorial team.

“Series like these really do require ambition, so you have to think big. But in the research phase, there’s a lot of, seen it, done it, it doesn’t quite fit the narrative, no that’s impossible, it’s unrealistic and so, quite frankly, it’s amazing we filmed anything at all.

“But while we aren’t looking for the sort of low hanging fruit, we aren’t also trying to find the sort of most obscure stories, the stories have to fit the narrative. But for me it’s more about how we film them. The film must be greater than the sum of its parts.

“But in terms of the whole process there was six months of pre-production, about two or three years filming and the rest postproduction. I was saying just at the start of this that my first month on this series was in January 2016. So it’s been quite a long undertaking.” 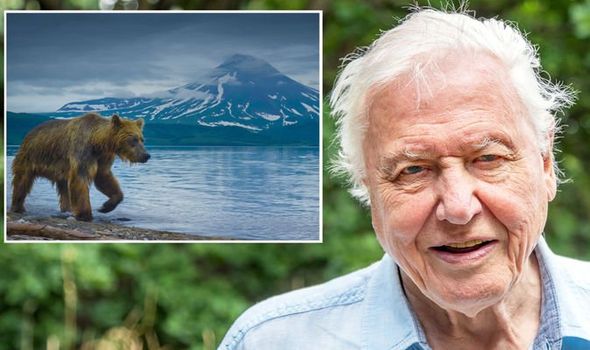 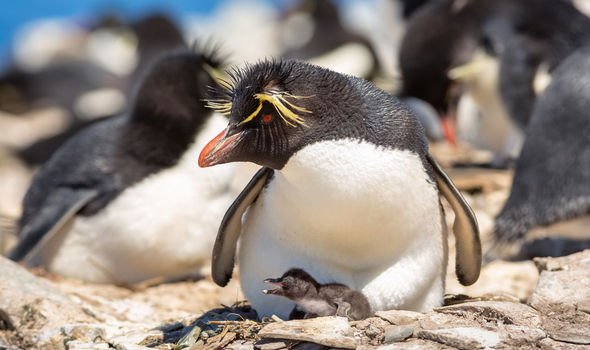 The legendary documentary maker said: “For me, I have to say that the flamingo sequence is one of the most memorable sequences I’ve seen on television.

“Shot under extraordinarily difficult circumstances and it’s impossible not to identify with these poor little chicks, who have to make it in the middle of this appalling lake. They have to make it to the edge to get away from their nest in the centre.

“But apart from that, it has been filmed so beautifully with the use of drones, that’s what I think about from the whole series.

“It’s in the first programme so I shouldn’t say it because I want you to stay along, but my goodness it’s extraordinary,” he added. 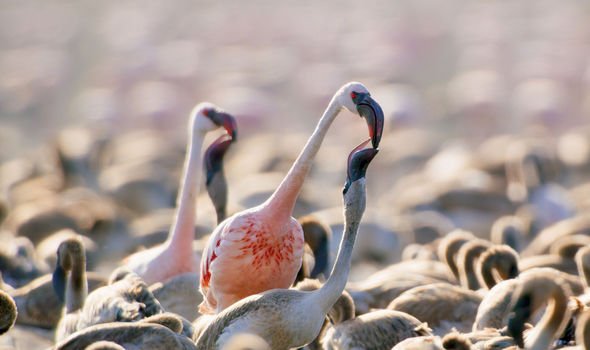 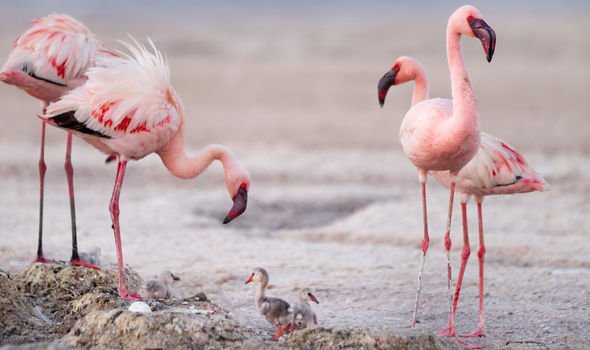 However, cameraman Matt Aeberhard revealed the environment made filming the animals almost impossible to capture.

“It’s a highly caustic environment. The pH there is about 12 – not far off household bleach.

“The only option to get there is a hovercraft, which was fun but the rubber skirt is shredded by the jagged soda crystals.”

The astounding final episode focuses on humans’ impact on the planet

A Perfect Planet’s final episode studies on the impact humans have had on the world.

David explained: “The first thing that I keep reminding myself of is that there are three times as many human beings on this planet then there were when I first made the television programme.

“The answer is, of course, that we can [help solve the problem of climate change]. But, to start with, you’ve got to recognise the problem and that’s what this episode does.”

Executive producer Alistair pointed out how timely the series is considering that in November 2021, Glasgow will be hosting the United Nations Climate Change Conference.

Alistair noted: “It’s funny when you start working on a series four years ago you don’t quite know how timely it’s going to be.

“But it’s turned out to be extraordinarily timely. This next year, we are hosting the big cop meeting in Glasgow.

“It’s probably the most important meeting for the planet for a generation and the themes that we address in the perfect planet series are exactly the things they will be discussing at that conference, so very, very timely.”

A Perfect Planet begins on BBC One on Sunday 3rd January at 8pm.