DAVID Beckham was all smiles as wife Victoria put her arm around him at British Summer Time in Hyde Park yesterday. 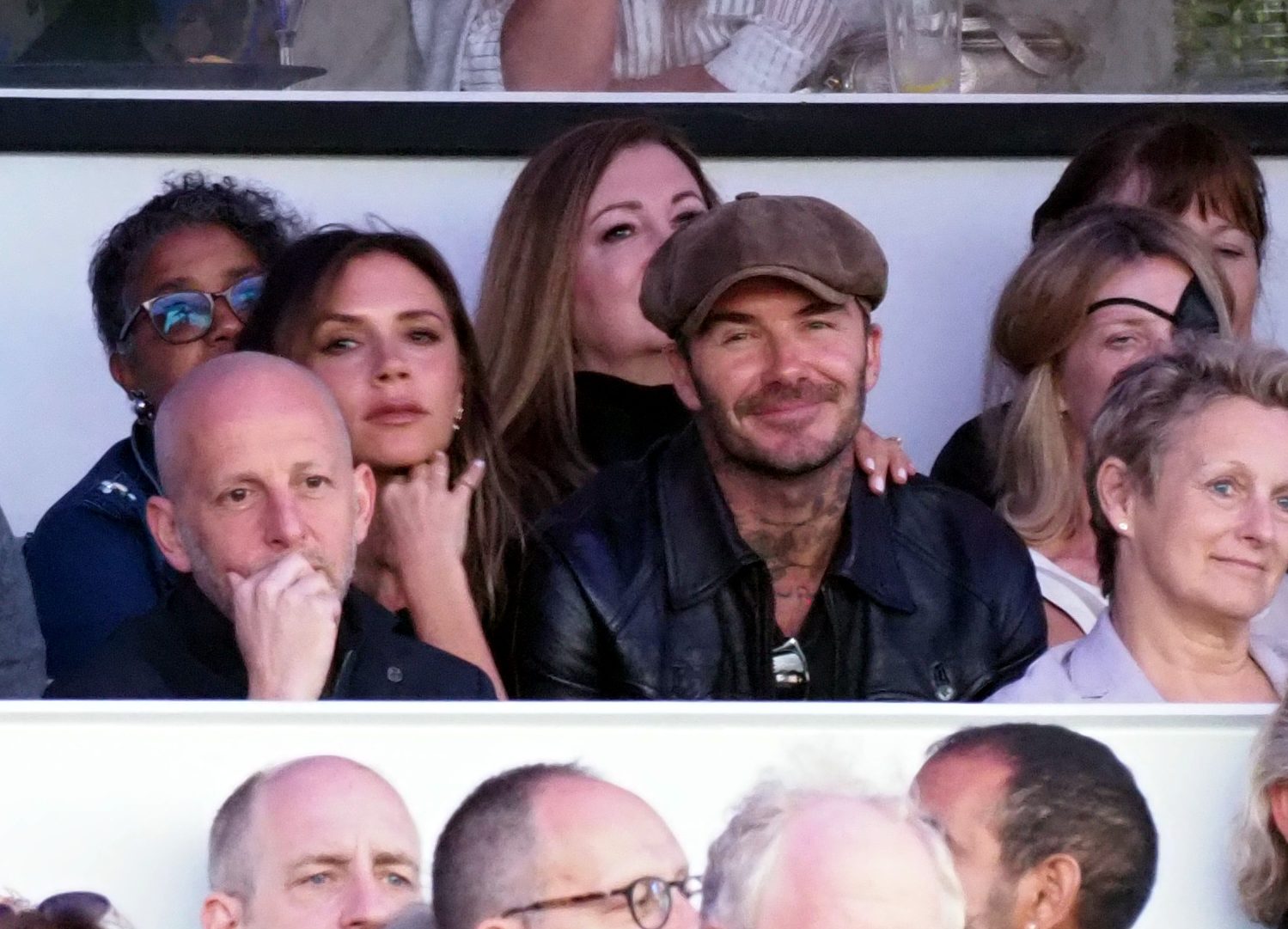 The pair were Streisand's special guests at the event, and joined a host of other stars – such as David Walliams and Kate Beckinsale, Dermot O'Leary and wife Dee Koppang, Claudia Winkelman and heavily pregnant Myleene Klass – in the VIP area.

However, as previously reported by The Sun Online, they would've had to have kept their legs firmly closed for the duration as there's no loos in that section of the venue.

A source revealed: “David and Victoria are huge Barbra fans and delighted to be invited to her show. 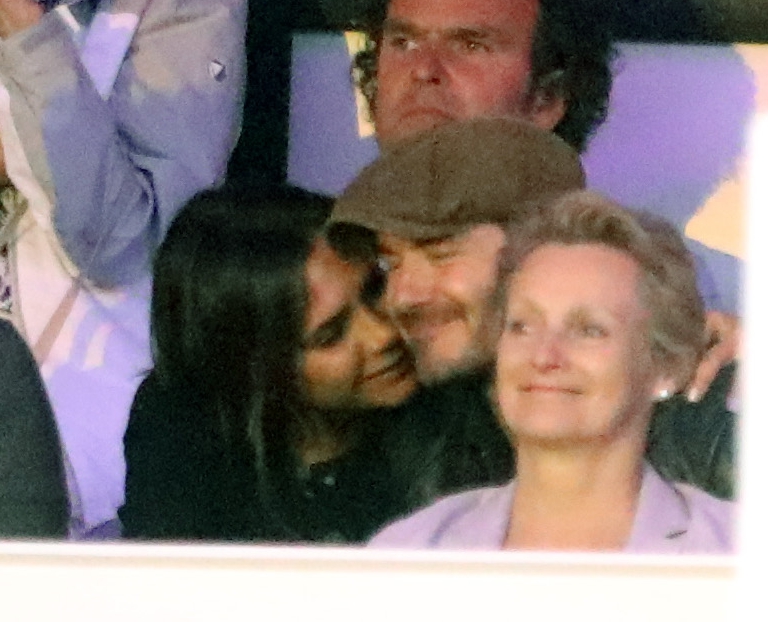 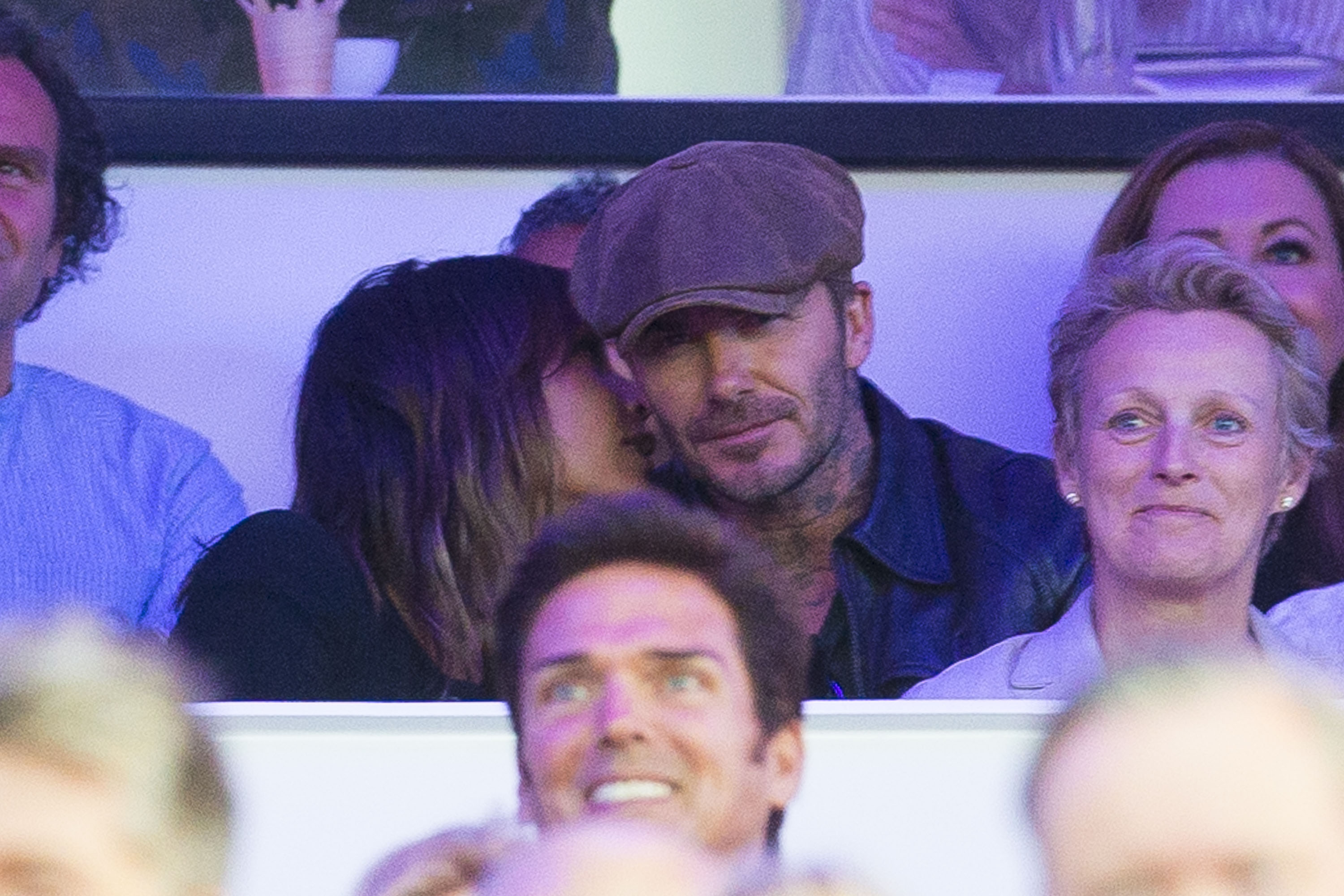 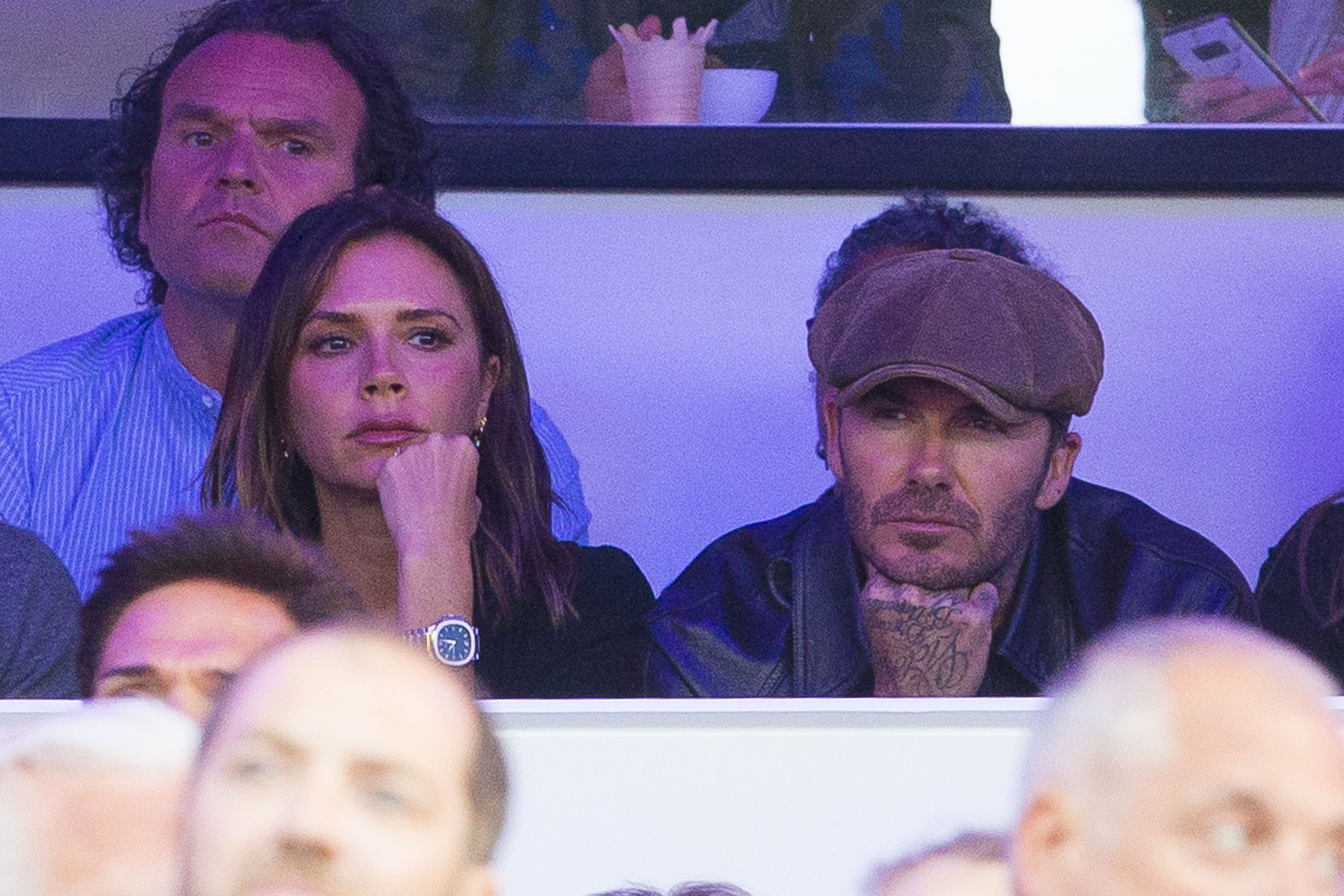 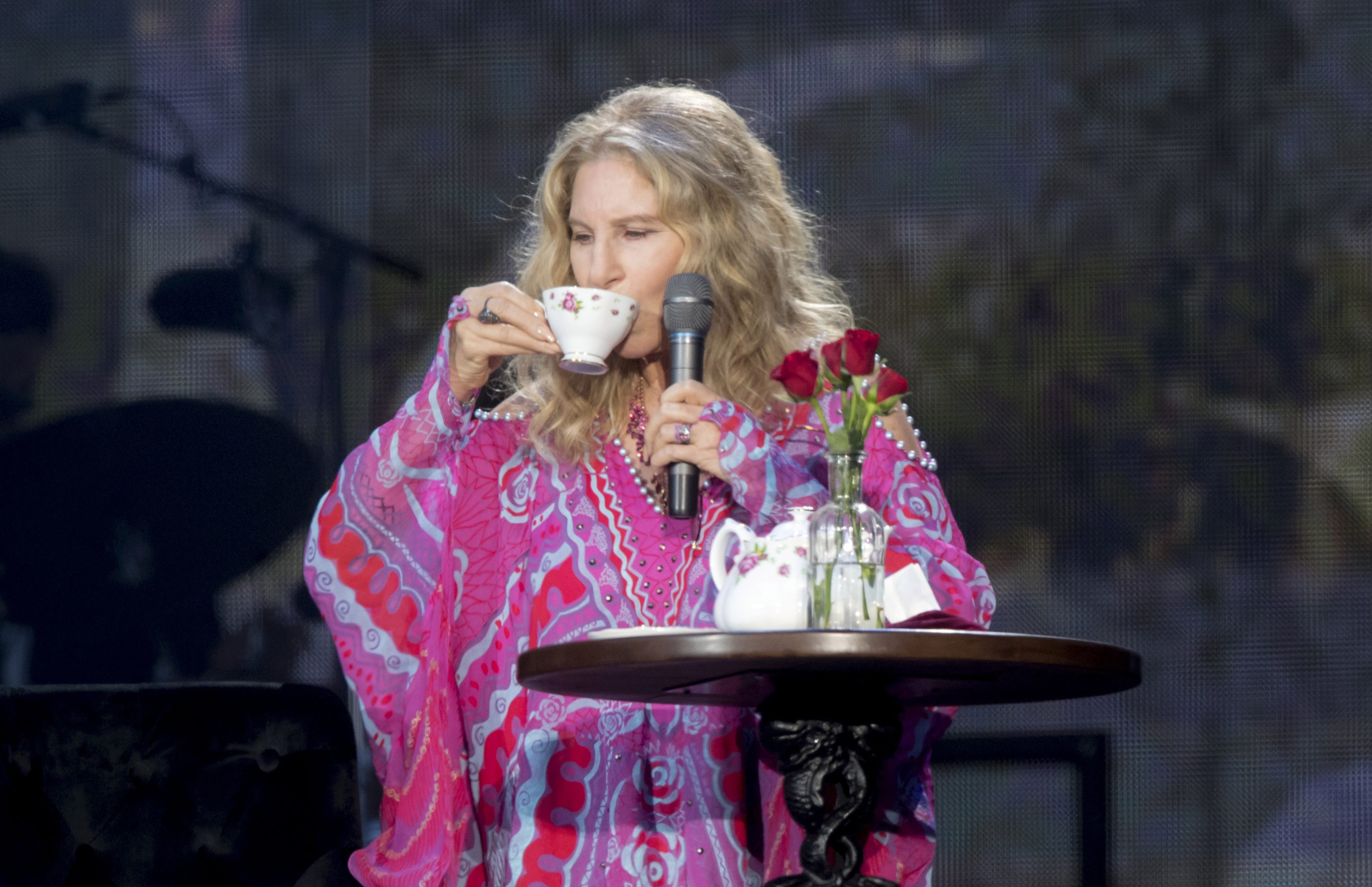 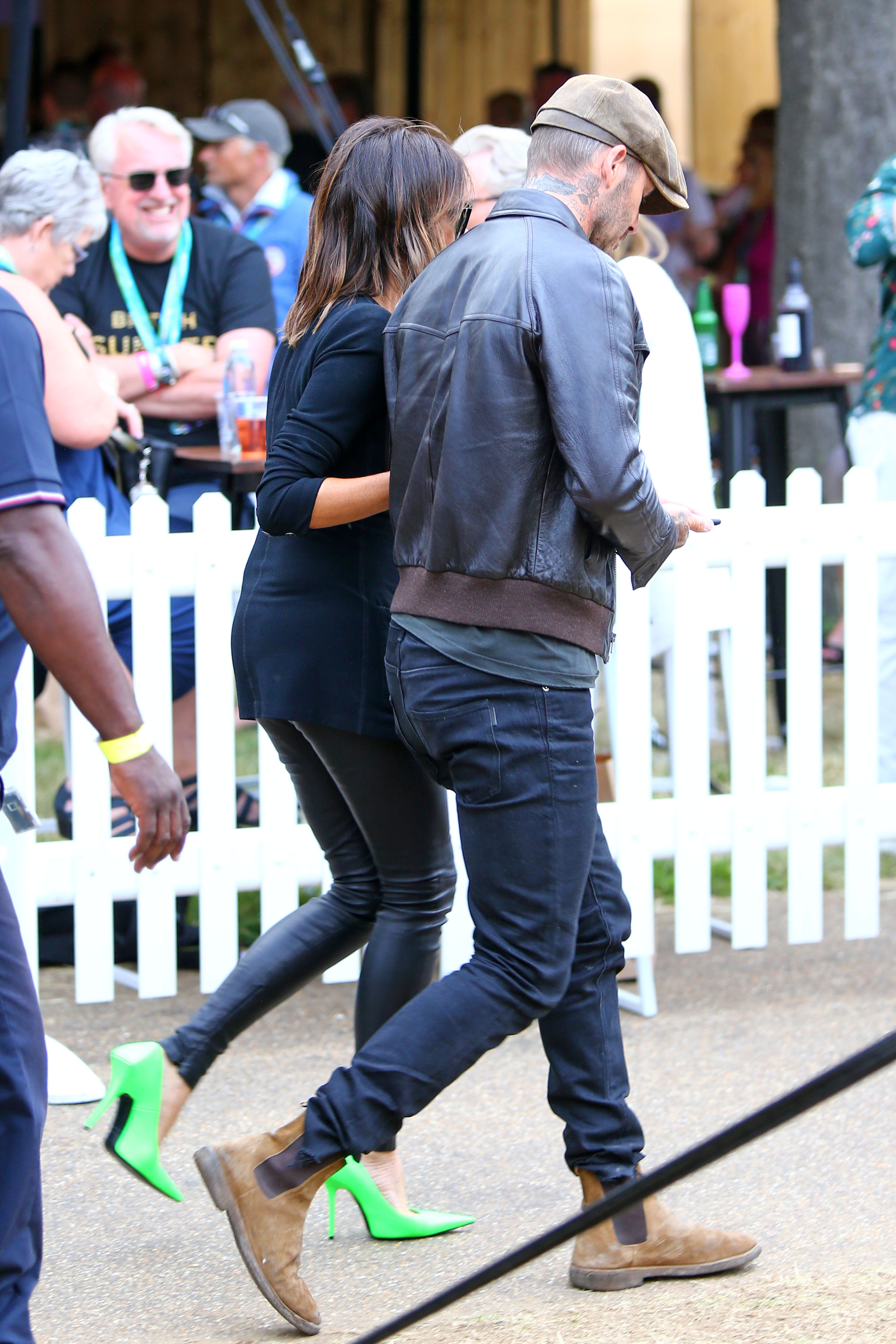 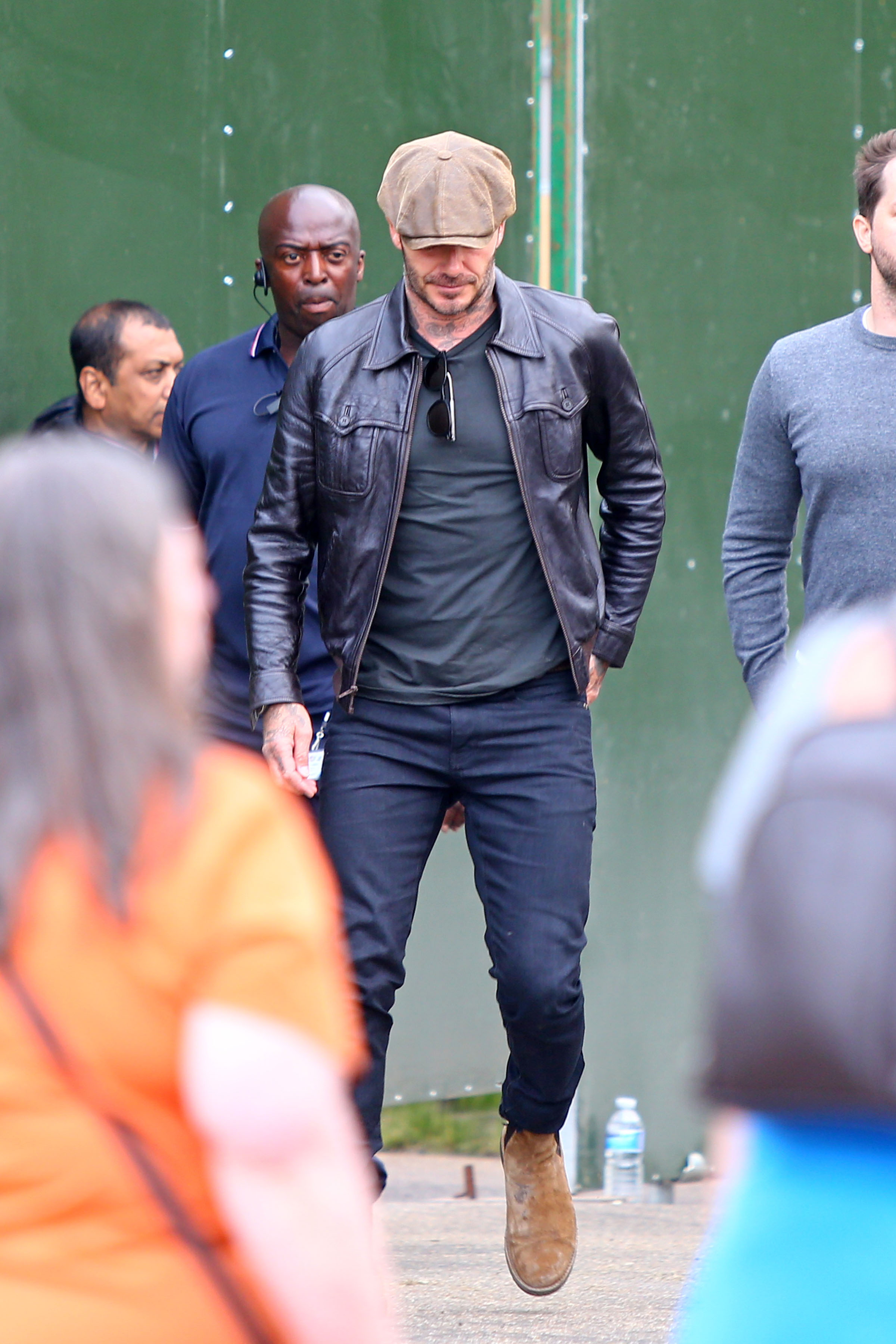 “Her guests are very well catered for as you’d expect. But there is one significant downside in that her area doesn’t have its own toilets.

“So they might need to make a last-minute dash to the Barclaycard Exclusive area nearby, which is where most of the celebrities hang out.”

In 2012, the couple, were spotted holding hands at the Hollywood Bowl, LA, where Barbra performed with 60-piece orchestra.

Victoria later told a magazine Barbra “is the epitome of chic". 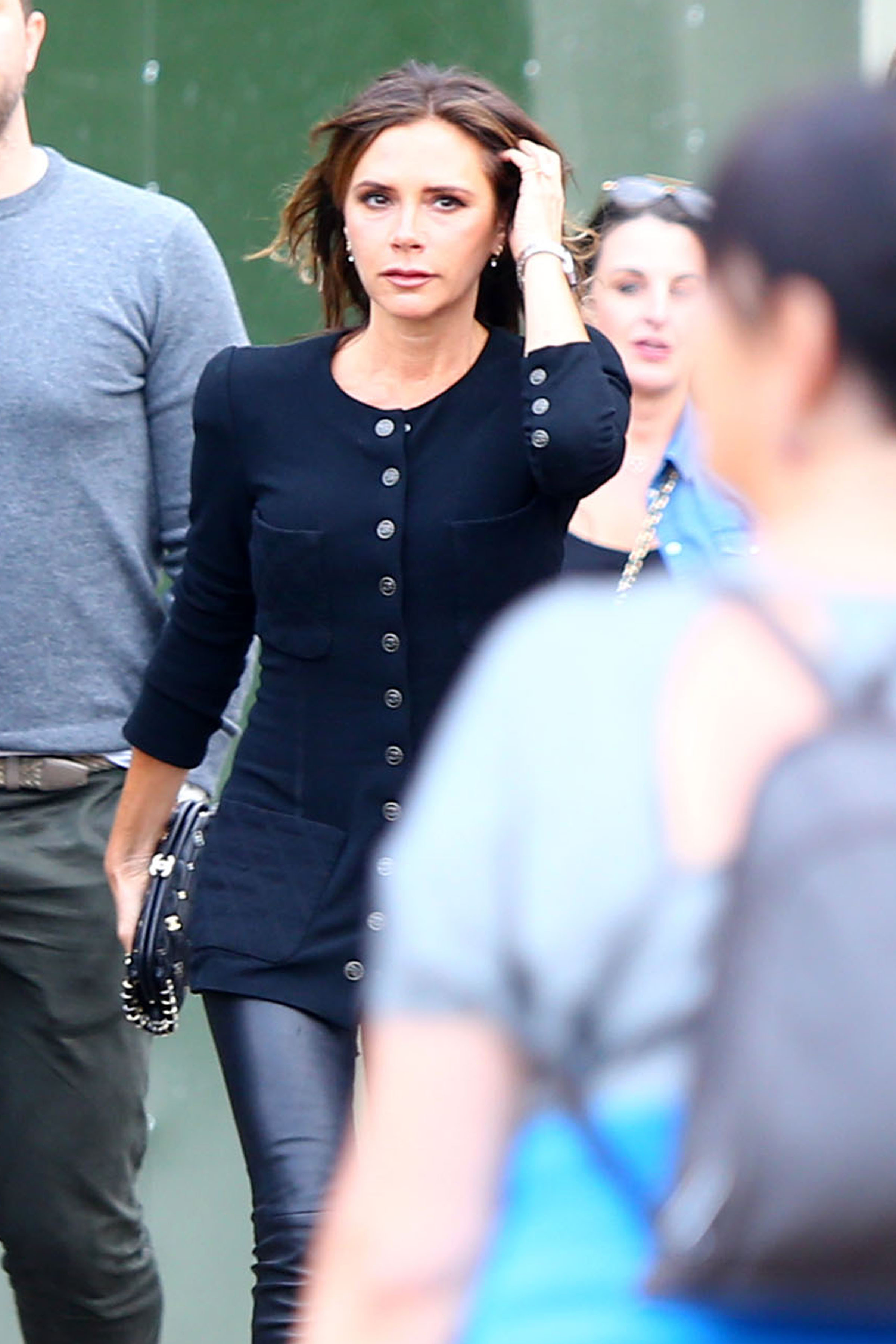 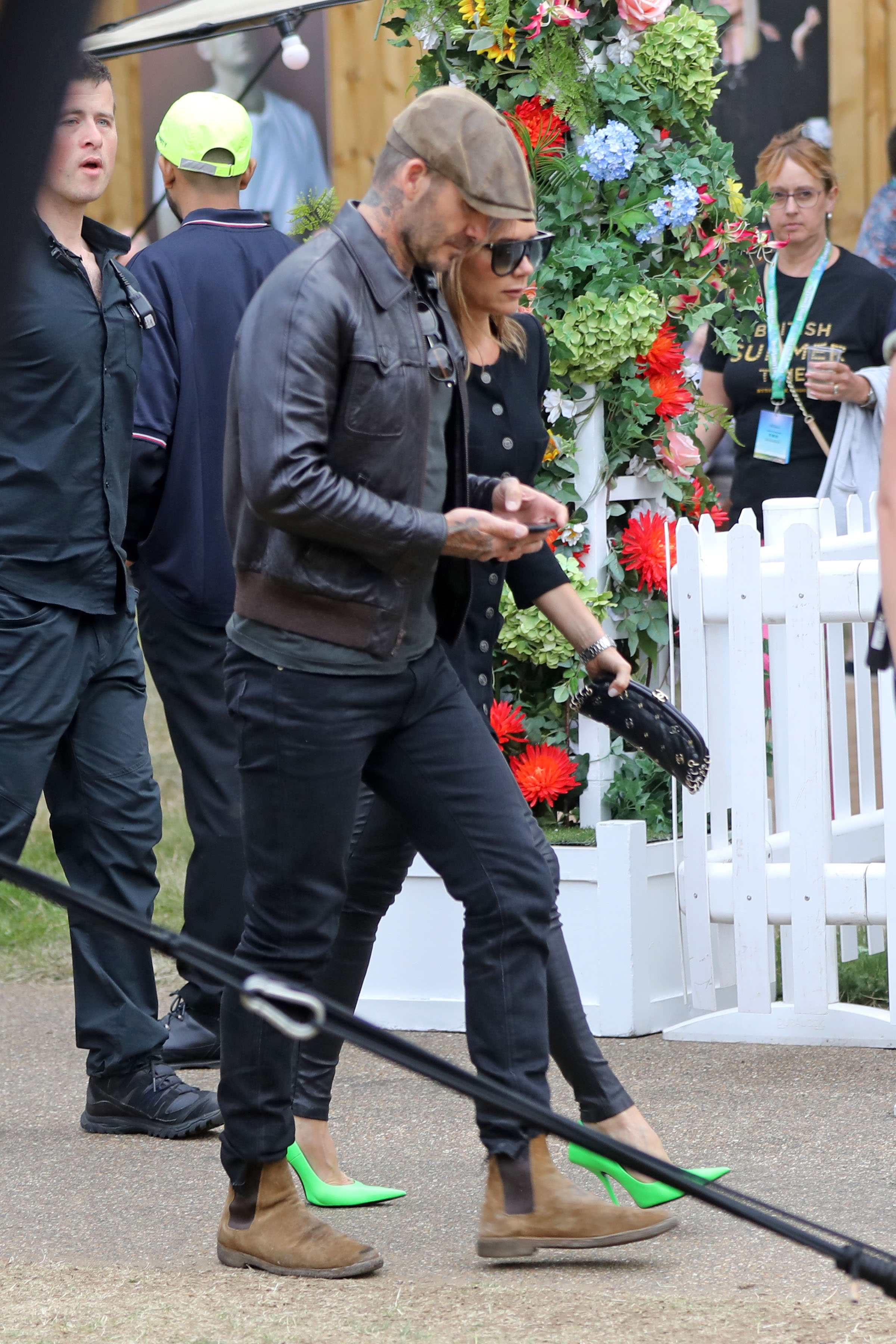 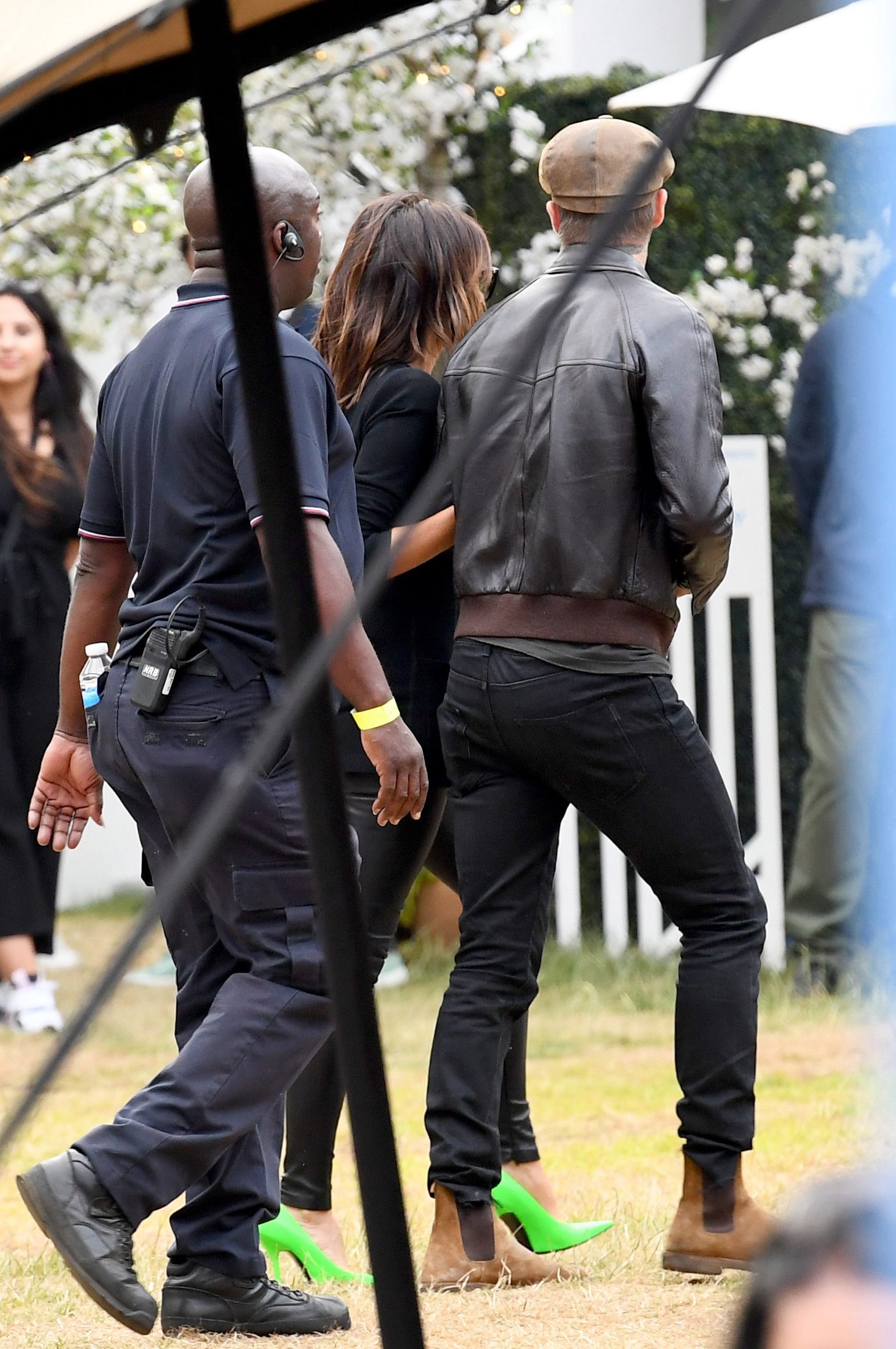 She added: “She had on this fabulous Donna Karan dress and gorgeous hair. She was beautiful.

"She took a 20-minute break and the audience were getting p***ed off. I was freezing.

"But in my head she was backstage, taking a bubble bath, sipping champagne, hanging out with famous people and changing into another fabulous Donna Karan gown and more furs.

“I was like, ‘You take your time, Babs’. She is worth waiting for.” 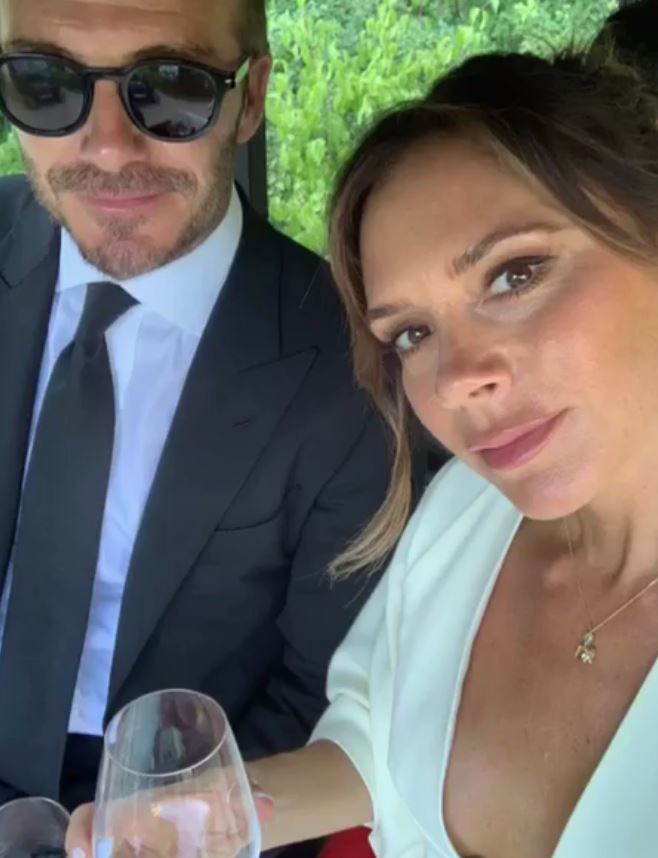 The power couple tied the knot on July 4 1999, and Victoria, marked the occasion with a video montage that featured photos of her with her hunky husband over the past two decades.

She wrote: "20 years today. I love you so much xxxxx Kisses x @davidbeckham".

David posted a selection of images, starting with one from their wedding day and ending with one of them with their four children, 20-year-old Brooklyn, Romeo, 16, Cruz, 14, and seven-year-old Harper. 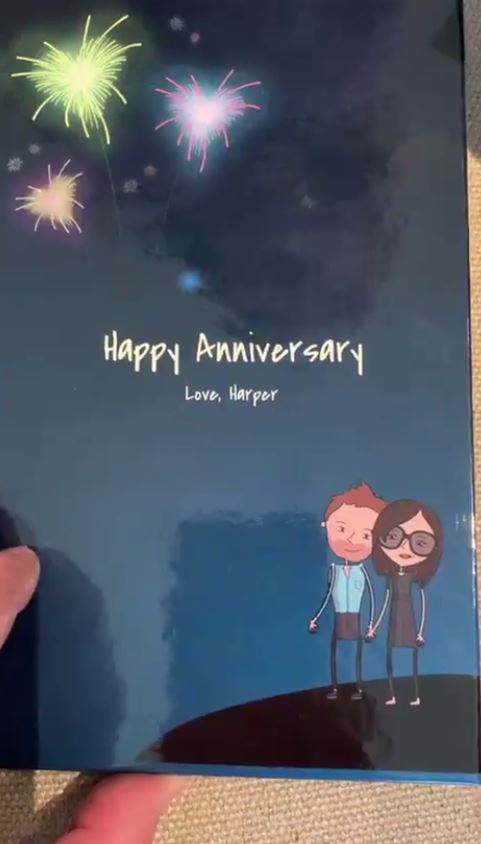 David also took to his Instagram Story to share his and Victoria's anniversary present from youngest child Harper.

The sportsman was clearly blown away after receiving a personalised story book documenting his and Victoria's romance.

Although many of the family's followers were overwhelmed by the huge declaration of love, the public display of affection may have raised eyebrows for others who question why they didn't keep their sweet messages private.

The couple's romance has been rocked over the years, with David's personal assistant Rebecca Loos claiming that she had an affair with the football legend back in 2004.