Death in Paradise fans have been eagerly-awaiting the BBC show’s 10th series and they don’t have much longer to wait as it will be back on-screens later this week. Last year, it was announced former fan-favourite DS Cassell (played by Josephine Jobert) would be welcomed back onto the picturesque island once more. Today, fans were given a teaser of the first time the pair will meet – with DI Neville Parker (Ralf Little) suffering an incredibly embarrassing blunder.

This evening, DI Neville Parker actor Ralf Little appeared on The One Show to discuss the upcoming series.

Before speaking to hosts Alex Jones and Jermaine Jenas, a clip was shown of a scene from episode one.

But the clip depicted his character in an awkward encounter as he comes face-to-face with Florence for the first time.

Hearing someone at the door, Neville shouts: “Come on in, it’s open.” 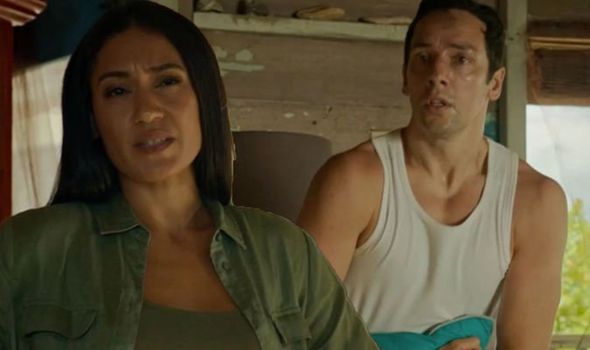 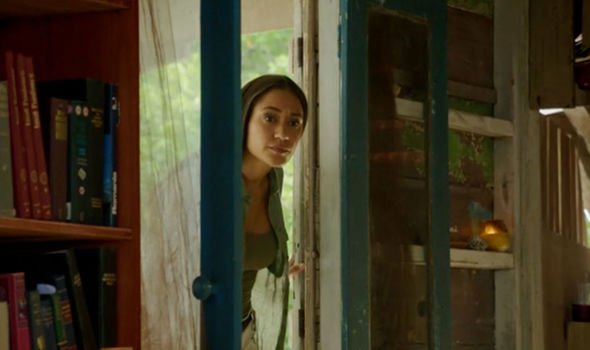 “Oh, I heard you needed help so I came over as fast as I could,” Florence says.

“Thank you!” Neville replies, armed with a towel on his head, with it clear the pair aren’t on the same page.

“I’ve been drinking loads of iced water but I can’t seem to get this temperature down. There’s this rash…” Neville explains, before pulling down his trousers.

Freaked out but what her new colleague is about to do, Florence asks: “Woah, what are you doing?” 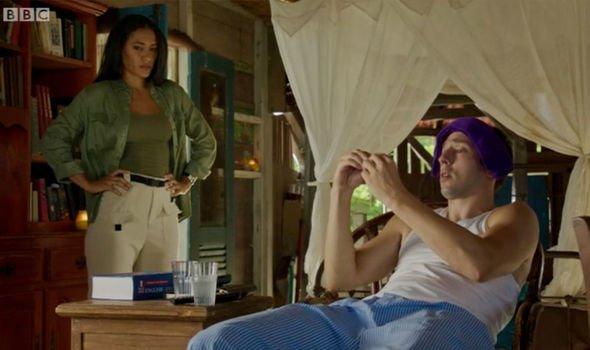 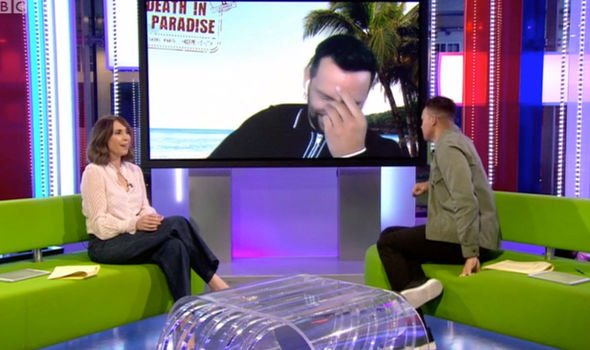 “Did the doctor not send you?” Neville responds – with Florence revealing who she is, leaving the former blushing.

The Detective is seen jumping out of his chair in humiliation: “DS Cassell? Yes, of course, you are, jolly good!”

Back on the studio, host Jermain joked to the star: “It wasn’t that bad, it was not that bad Ralf, come on.”

But Ralf was not impressed with the choice of embarrassing clip, joking: “That’s the clip you decided to show?!”

“Well we thought that would entice the viewers,” Alex laughed.

“I think you’ve just lost us about eight million viewers!” Ralf hit back – before the hosts fired away with their questions on the new series.

And Ralf admitted the latest series nearly wasn’t ready in time due to the late start to filming.

“We only finished, the 20th December I left the island, it was two weeks or so ago!” Ralf told the hosting pair.

Explaining why it was so important to get the programme finished on schedule, Ralf said: “We really, really wanted and we felt it was really important – even though we started because of lockdowns and restrictions, we didn’t know if it was going to happen.

“We ended up starting two, two-and-a-half months after we normally would but we had still committed to the same transmission date

“It was really important to get it out in January because we know fans of the show really like there to be cheered up when it’s cold and depressing.

“We worked really hard to get it done and it was a stretch at times but we made it work and frankly, I can’t believe we pulled not off!

Death in Paradise returns Thursday at 9pm on BBC One.

END_OF_DOCUMENT_TOKEN_TO_BE_REPLACED

END_OF_DOCUMENT_TOKEN_TO_BE_REPLACED
We and our partners use cookies on this site to improve our service, perform analytics, personalize advertising, measure advertising performance, and remember website preferences.Ok