Death in Paradise began in 2011 where DI Richard Poole (played by Ben Miller) was introduced. Sadly, his time on the island was fairly short-lived as he was killed off in season three. But this wasn’t the only time a detective had been murdered in the BBC One drama.

WARNING: This article contains spoilers from Death in Paradise.

Richard was killed with an ice pick when he was attending a reunion with some of his university friends.

DI Humphrey Goodman (Kris Marshall) was brought in to crack the case as well as take over the position from Richard.

This was similar to how the former DI was brought to Saint Marie as DI Charlie Hulme (Hugo Speer) had been killed before he arrived.

Even though fans didn’t get to know the detective, Charlie was the reason why Richard’s life changed forever as he decided to take on the role full time. 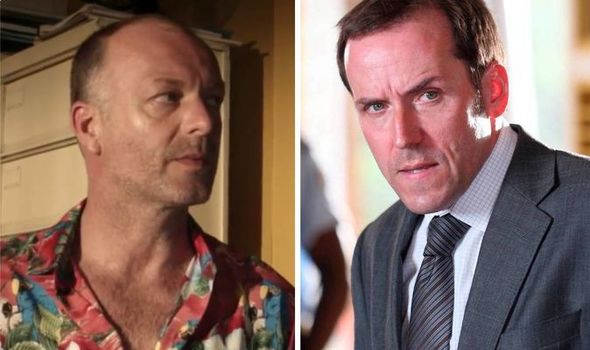 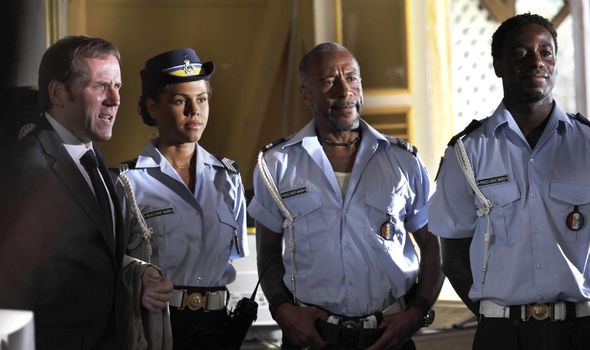 Charlie was the DI of the Honoré Police Station who had been described as “fun”, “charismatic” and “not your typical Englishman”.

Death in Paradise didn’t make it clear how long Charlie had lived on the island but it seemed as if he was popular in the town.

The DI had been investigating a human trafficking operation when he was shot dead.

So now it was up to DI Poole to figure out who the killer was and why they wanted him dead. 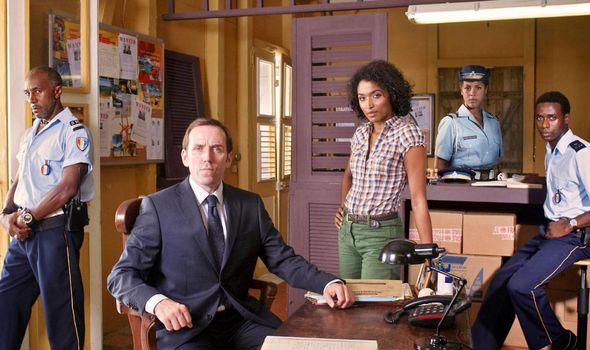 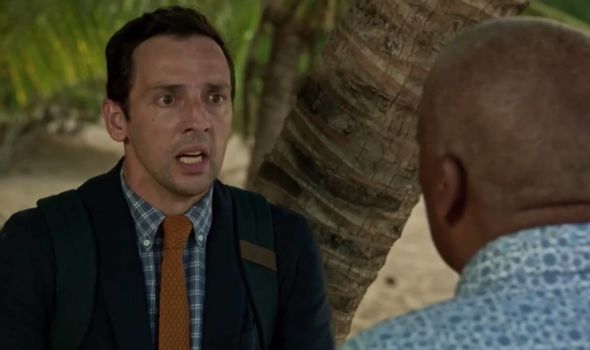 Charlie was doing research into a man called James Lavender (Rupert Graves) who he believed was behind the trafficking scheme.

While looking for evidence at his house, James saw Charlie, grabbed a nearby gun and tried to shoot at the office but thankfully missed.

He then quickly locked himself in the panic room while James fled the scene.

But it wasn’t just James who was part of the illegal activity as someone close to Charlie was also involved.

While conducting his research, Charlie stumbled across a book which incriminated both James and Sergeant Lily Thomson (Lenora Crichlow) who worked alongside him at Honoré Police.

And a few moments later after hiding out in the panic room, Lily opened the door.

To keep her secret, Lily shot Charlie with a silenced gun, swapped the evidence he was carrying in his hand and told the guests to ring an ambulance.

As Richard was able to track down the book, he discovered Lily was the real culprit and was ultimately arrested for the murder.

When Lily confessed to her crimes, she said she did it as she was tired of being passed over for promotions in favour of British officers.

She was jealous and resented the fact that despite all of her hard work, someone else was always getting promoted above her.

This was also when DS Camille Bordey (Sara Martins) was introduced as Richard originally suspected her.

Camille then had to reveal her identity as an undercover police officer who was also investigating illegal activities on the island.

By the end of the first episode, Richard had become Saint Marie’s Detective Inspector and Camille as his Detective Sergeant.

Death in Paradise is available to watch on BBC iPlayer.

END_OF_DOCUMENT_TOKEN_TO_BE_REPLACED

END_OF_DOCUMENT_TOKEN_TO_BE_REPLACED
We and our partners use cookies on this site to improve our service, perform analytics, personalize advertising, measure advertising performance, and remember website preferences.Ok