Death in Paradise’s Ralf Little starred in show before landing DI role – do you remember?

Death in Paradise viewers had to say goodbye to DI Jack Mooney (played by Ardal O’Hanlon) last week after he left the Caribbean island of San Marie to return to the streets of Britain. Tomorrow evening, DI Neville Parker (Ralf Little) will take over detective duties, but it seems he has already been on the hit BBC One drama.

Last week, Neville appeared in Death in Paradise season nine briefly at the end of the episode in a big teaser.

Ahead of actor Ralf’s debut, it seems fans will be left scratching their head, wondering whether they have seen him before.

Back in 2013, Ralf played a different character to Neville called Will Teague in the episode A Dash of Sunshine, opposite DI Richard Poole (Ben Miller).

Following the announcement he would be taking on the lead role, Ralf spoke about the first time he was featured in the drama. 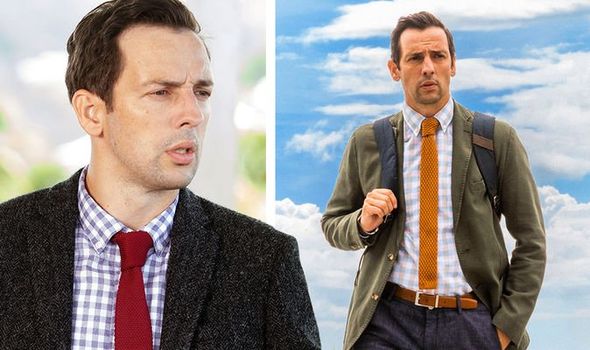 During a conversation with RadioTimes.com, Ralf spoke about the phone call he received from his agent regarding the job.

He explained: “I said, ‘Don’t be ridiculous, I’ve already done an episode I cant be a guest again.’

“I can’t just go in and be a murderer or a red herring or something like that. Then my agent said, ‘No, no they mean for a new detective.’ I said, ‘What?‘”

If some fans think his new character is similar to his previous, they would be wrong. 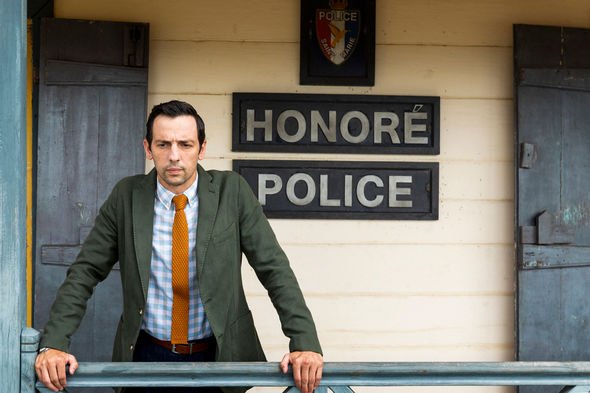 Ralf stated the show would “not referencing” the cameo role he played before.

“There were some discussions about whether we should do a kind of cheeky little reference, or a nod or a wink or a clever little joke in the show.

“Then we thought: you know what, just leave it, people are going to know. And it’s fine, and we can just accept that as part of the show’s history and move on.”

He then silenced any criticism he may get for returning to the BBC One show and used previous roles as an example.

“I was four different characters in Heartbeat. Peter Capaldi was in an episode of Doctor Who before he was Doctor Who!” He continued to justify.

As for whether or not the team are going to accept a new Detective Inspector in the form of Neville, Ralf said initially DS Madeleine Dumas (Aude Legastelois), Officer Ruby Patterson (Shyko Amos) and Officer JP Hooper (Tobi Bakare) will find the way he words “frustrating”. 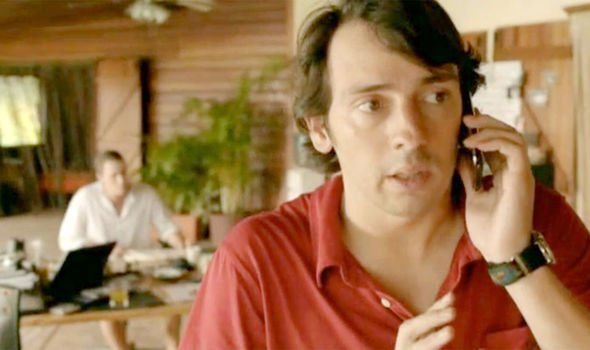 “Not because he’s a tricky personality, but because his peculiar quirks and necessary safety measures are a real pain for everyone else,” Ralf clarified.

However, while some characters will be left “rolling their eyes”, there is one person who is not impressed by Neville and that’s Commissioner Selwyn Patterson (Don Warrington). 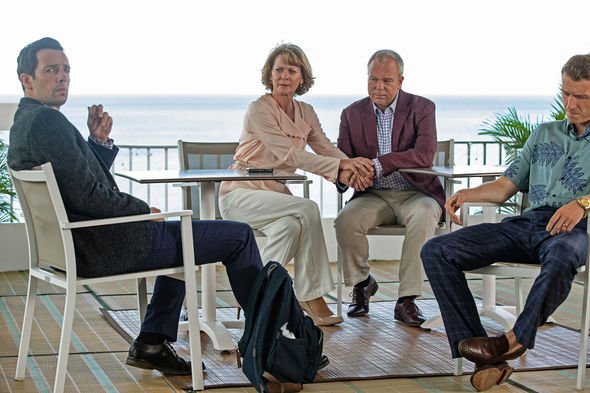 As for how fans are receiving the change in cast member, many took to Twitter to discuss.

“Can’t wait until Thursday,  I think #RalfLittle will be the best #Fantastic #DeathInParadise,” one said.

Another added: “#DeathInParadise Looking forward to Next weeks episode. And to see favourite actor of mine? Ralf Little aka Detective Neville Parker.  I think He’s going be my Second after DCI Humphries.”

However, someone else suggested: “I know we have to have a new permanent DI but it would have been hilarious to see just one episode with The Commissioner in charge leafing the team solving a murder. Just one episode in between Jack leaving and Neville arriving. Would have loved it #DeathInParadise.”

Death in Paradise returns to BBC One tomorrow evening at 9pm.