DENISE Van Outen nursed her painful Dancing On Ice injury as she left the doctor's office.

The actress, 46, dislocated her shoulder in a horror fall during rehearsals last week and was rushed to A&E. 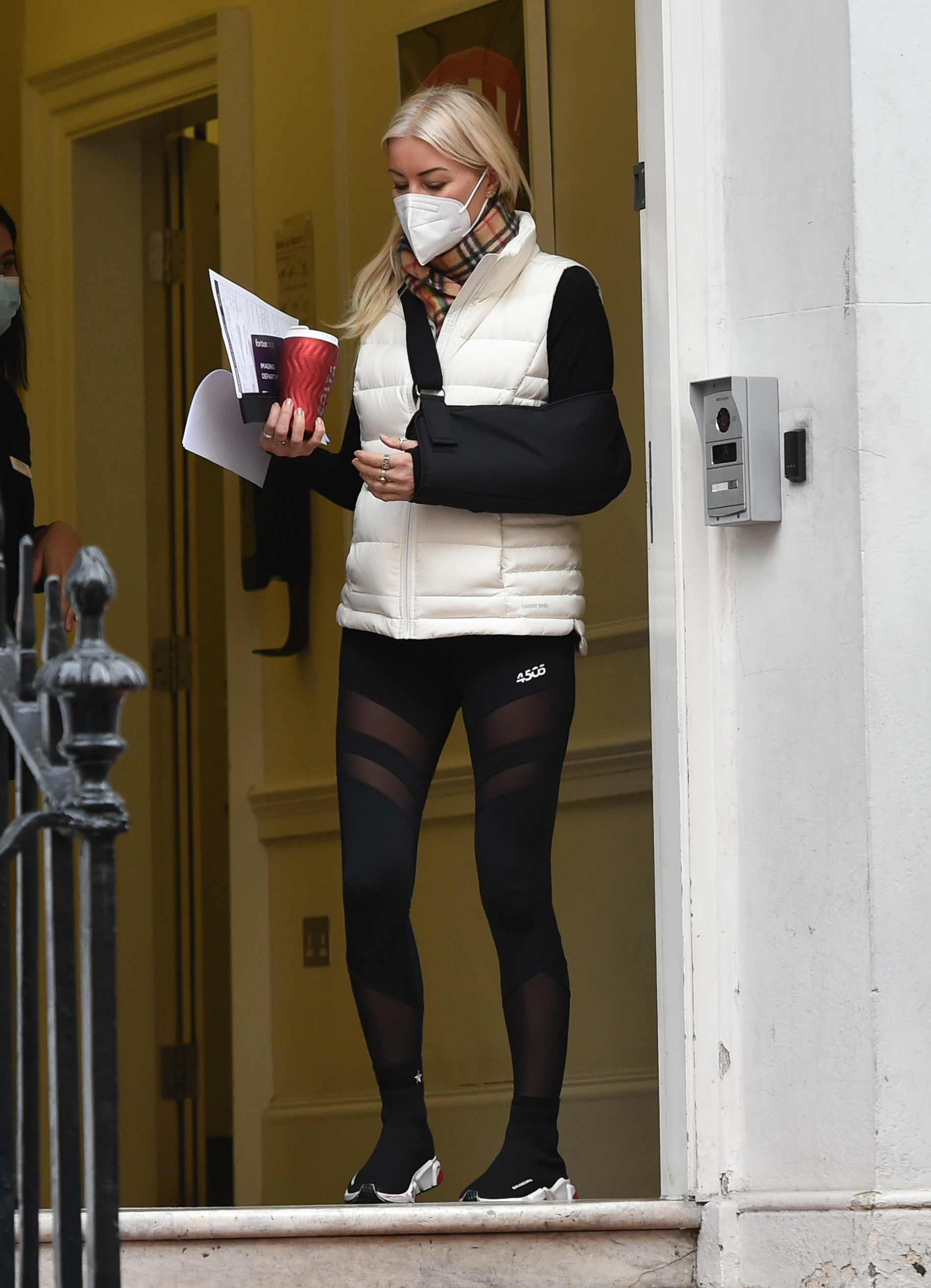 Denise was spotted leaving a medical clinic in London earlier today to get a check up on the injury.

The star wore a pair of black leggings with running trainers.

She completed the look with a white gillet, a Burberry scarf and a hot drink container.

The brave star wore a face mask and her arm in a sling after getting the painful injury checked up on. 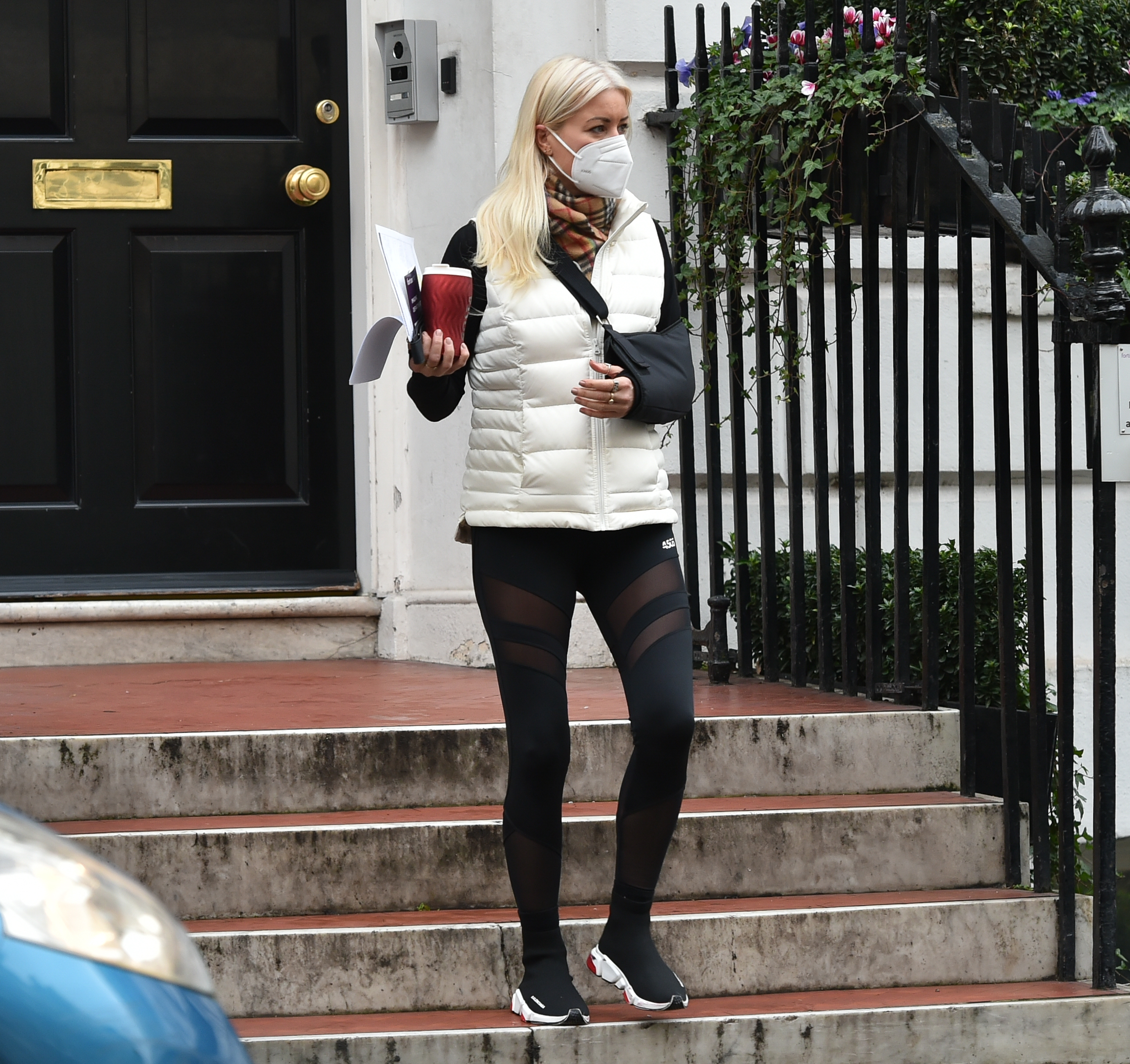 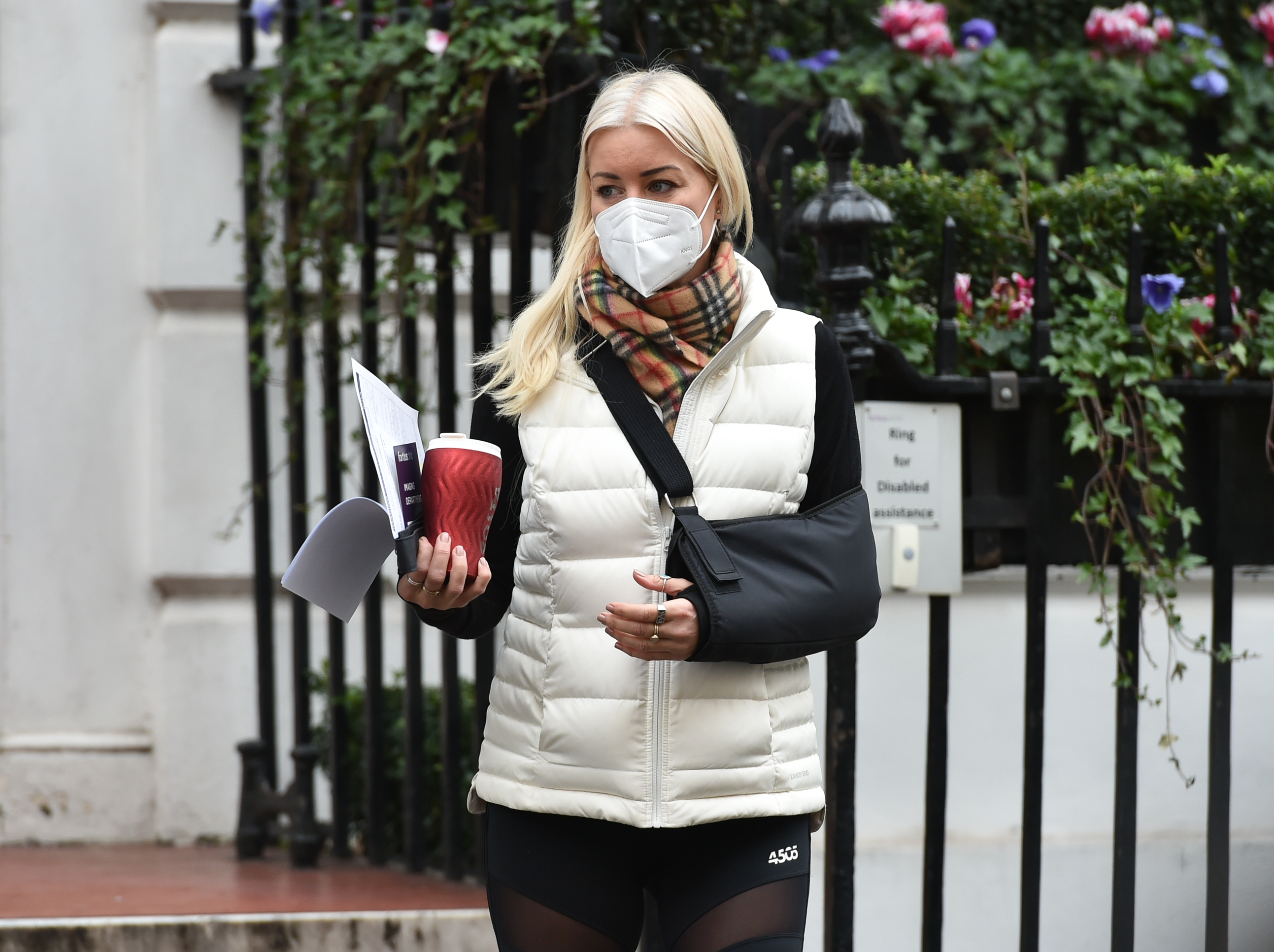 Denise and her professional skate partner Matt Evers took to the ice on Sunday – which led to praise from her fans.

Before the performance, viewers got to see the moment Denise collapsed onto the ice, with Matt falling heavily on top of her.

After being rushed to hospital, an emergency X-ray revealed a dislocated left shoulder and damage to her tendons.

The Sun revealed yesterday how Denise is now terrified of falling again as she doesn't "heal like a 21-year-old" anymore. 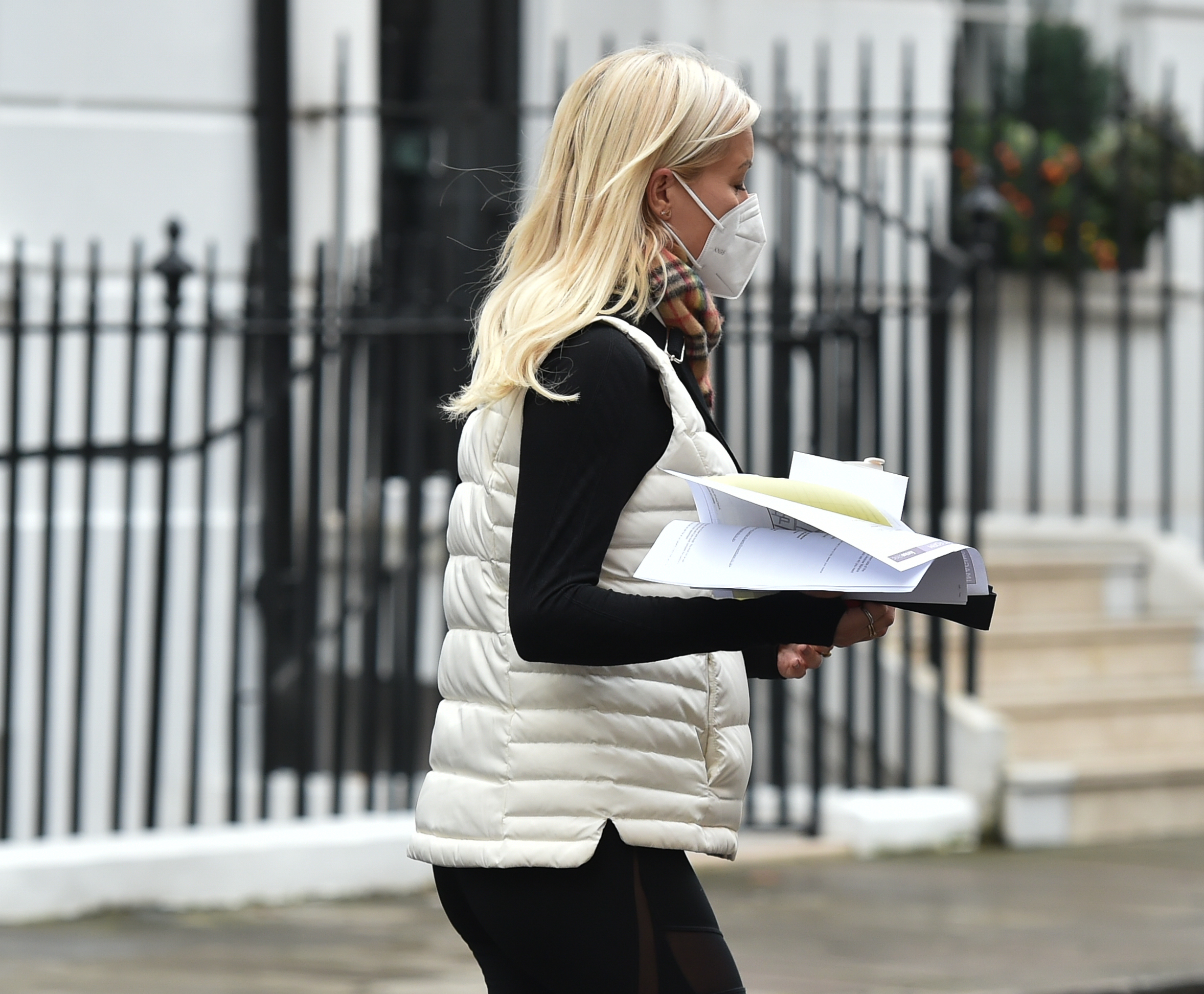 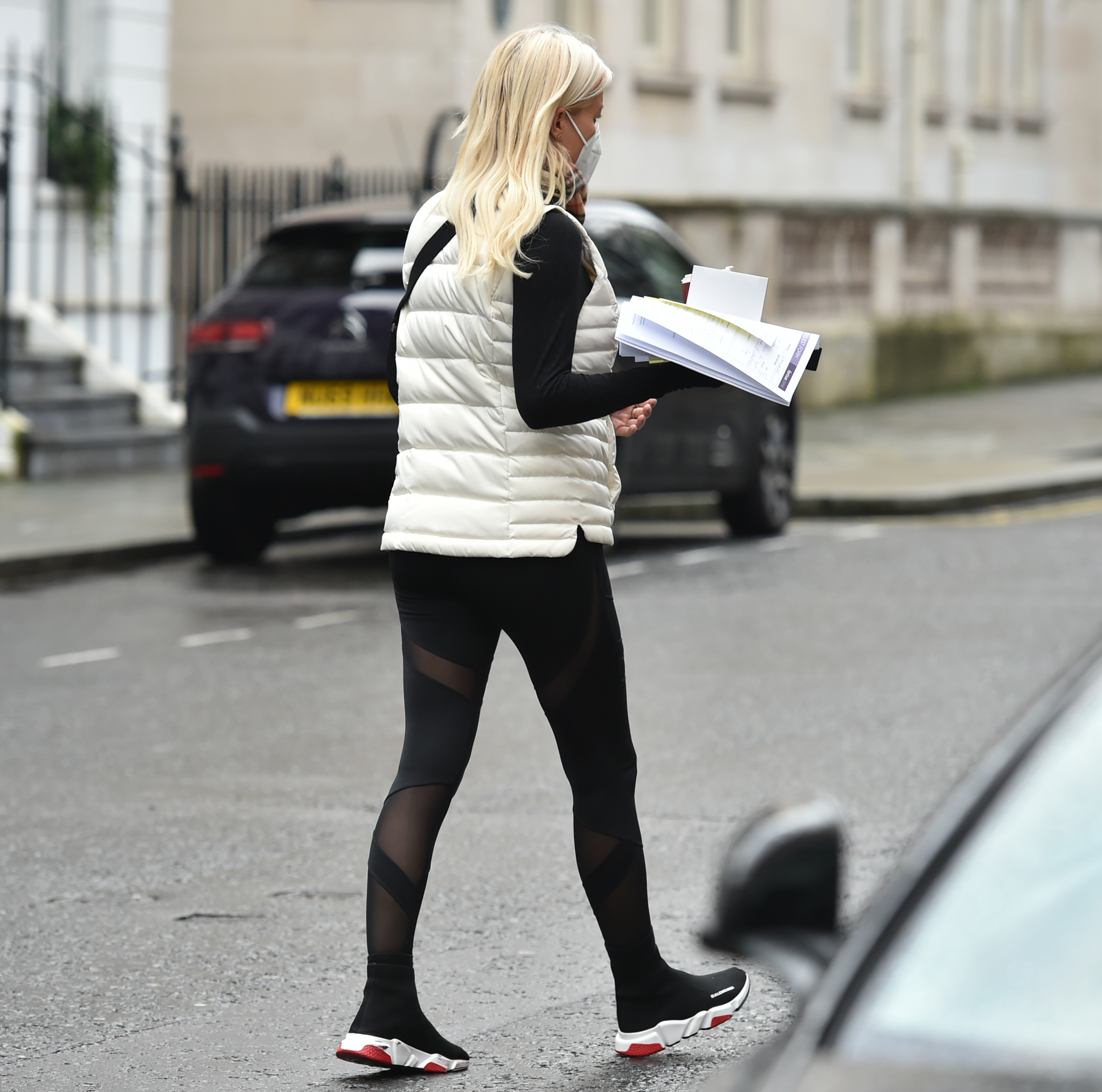 A source told us: “She was devastated because a fall like that when you’re not 21 is not easy.

"She was worried she wouldn’t heal like she would back then, so was so nervous to get back on the ice, but she was determined the show must go on.

"Everyone felt so bad for Denise, she was in agony but gave it her all. She had done so well before and then this happened.”

Although Matt and Denise received the lowest scores of the night, they were a hit with fans who voted for them to go through to Musicals week next Sunday. 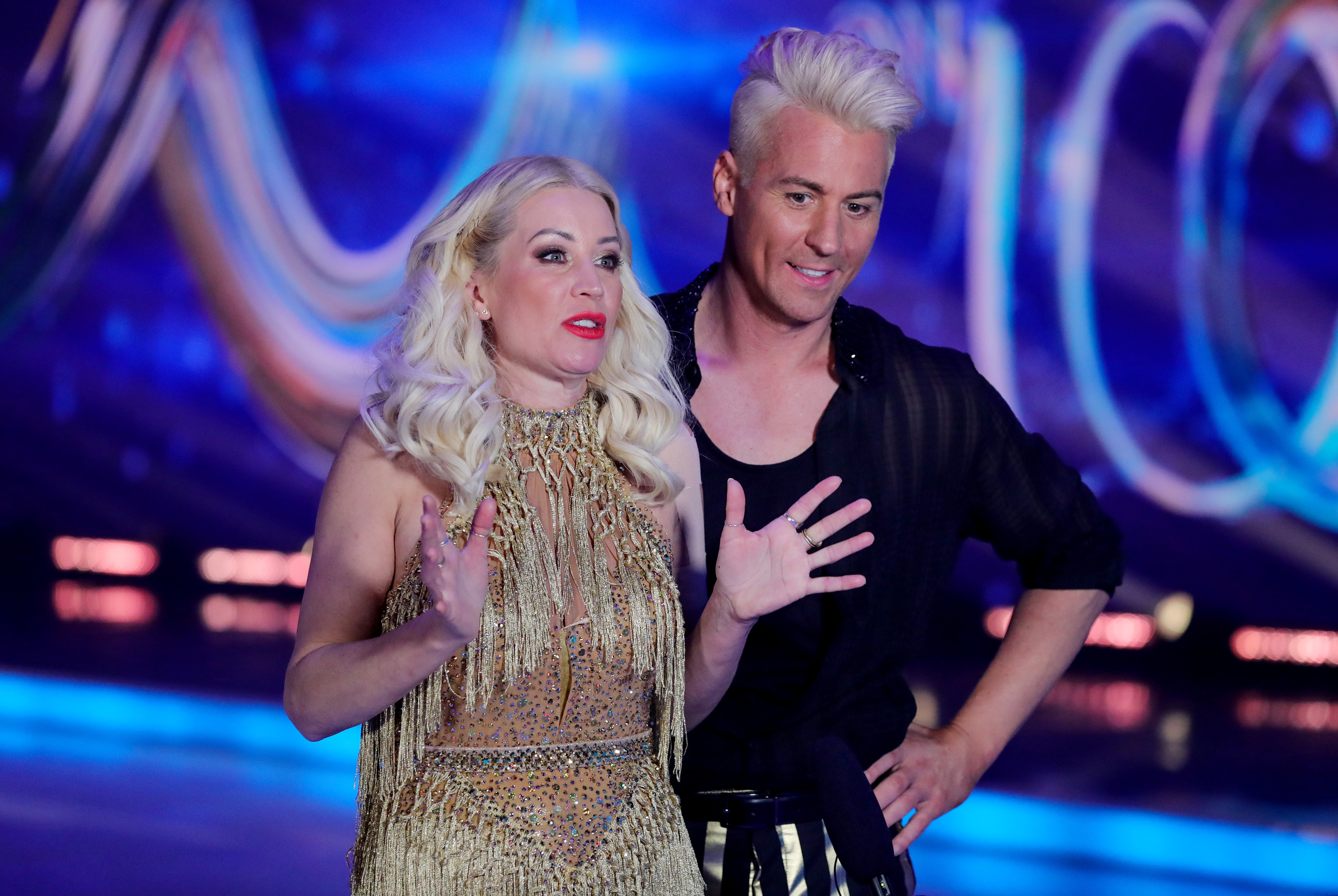 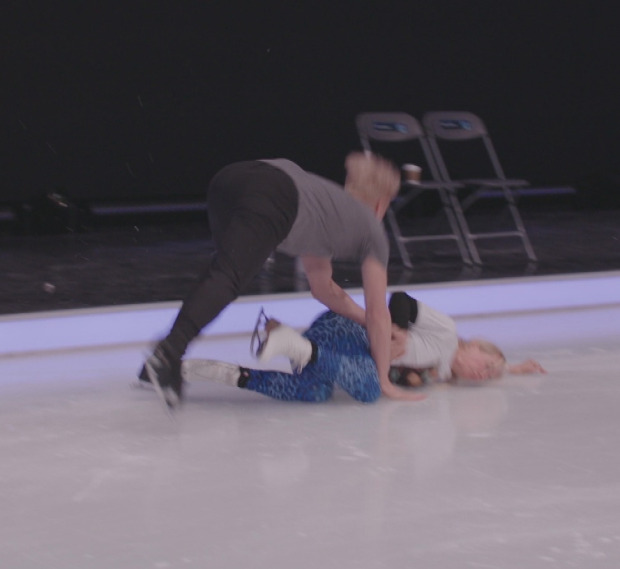 Talking about the tumble, she told The Sun on Sunday: "I’ve taken a few tumbles since we started training but with this one I knew immediately it wasn’t good.

“I was rehearsing with Matt, hit my toe pick and went flying.

“Straightaway I knew I’d done something. I just thought, ‘Please don’t let it be a break.’

“The on-site medics and physio checked me over immediately and my shoulder was quickly iced.”