This Morning: Dermot asks Josie if she has been drinking

During Monday’s This Morning, ITV hosts Dermot O’Leary and Alison Hammond took on hosting duties while Phillip Schofield and Holly Willoughby have the week off for half term. Josie Gibson was also on hand as she presented a segment via video link at Alton Towers theme park. However, throughout Josie’s segment, Alison and Dermot couldn’t help but laugh after Josie seemed to stumble on a question during an interview. The pair later went on to jokingly accuse their co-host of being “drunk”.

“It is Bank Holiday Monday. It is half-term which officially means it’s holiday,” she screamed.

“I am more excited than anybody else here today and to celebrate the holidays, I’m going to be travelling around to some of the most popular theme parks in Britain. 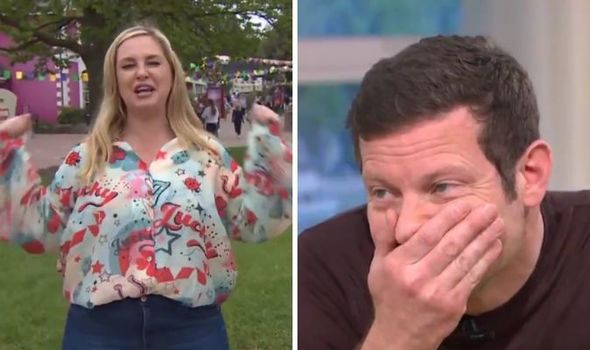 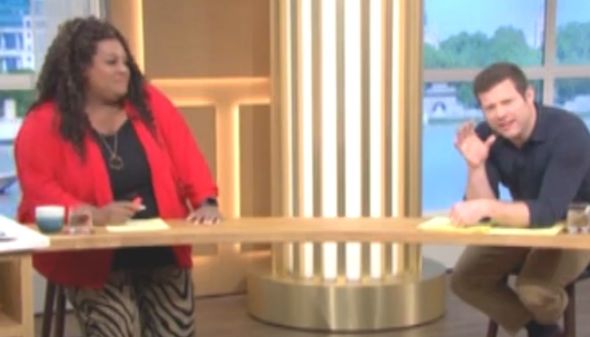 After Josie had spoken with some customers at the theme park, the camera quickly panned back to Alison and Dermot in the studio, who appeared to be amused by the segment.

“Join me later to see what ride I actually do choose to go on,” Josie concluded.

“Well, obviously, it’s got to be the Nemesis,” Alison replied as Dermot asked: “Come on Jose, what’s going on?”

As she appeared to ignore Dermot’s comment, Josie said: “It might be the Nemesis, you never know…” 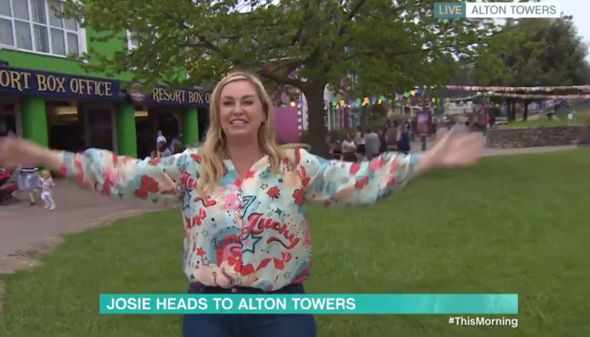 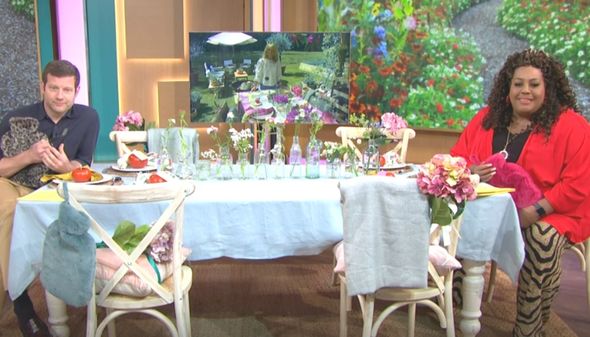 Josie was oblivious to Dermot and Alison laughing in the studio as she continued: “You know, join me later to find out what ride I do choose to go on. It’s terrifying.”

“Hey, Jose, speaking of Oblivion have you started a little early this morning?” Dermot joked as he mimed a drinking motion.

Alison asked: “Have you been having a bit of a drink, Jose?”

Josie, who also explained she would be trying out some of the rides, sparked a reaction from viewers as they gave suggestions on which ride she should go on.

One viewer said: “Oblivion – because she said she wouldn’t go on it. They will stick Josie on that.”

Another joked: “Can’t wait to see Josie on a rollercoaster ride at Alton towers.”

A third asked: “What ride will Josie go on? I can hardly contain my excitement.”

Later on in the programme, Alison and Dermot cut back to Josie who was sat on her choice of ride – the carousel.

Clearly disappointed by her poor choice, Dermot raged: “No, no, no. Gibson this is worse than when we sent you to Skegness.”

“We’re here for some action,” Alison told her as Dermot added: “Yes, Gibson.”

Alison wouldn’t let Josie get away with being on the carousel, so she informed her she would be going on either Nemesis or Oblivion next.