Derry Girls season 2 cast: Who is in the cast of Derry Girls?

The highly anticipated second season of hit comedy Derry Girls dropped on Netflix worldwide – excluding the UK – yesterday (Friday, August 2).  The gang are back in Derry for a refreshing and hilarious look at life in Derry during the Troubles in the 90s. There are six episodes in the second series, each 23 minutes long in length.

According to Channel 4: “The Girls are back.

“Northern Ireland is growing up – the gang certainly aren’t.”

The talented young ensemble core cast return for season two along with the hilarious collection of familiar faces.

WHAT YEAR IS DERRY GIRLS SEASON 2 SET IN? 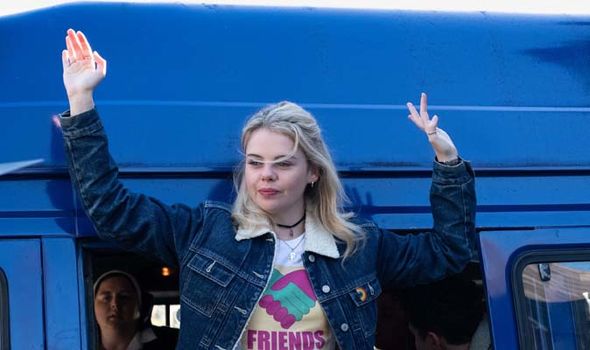 Who is in the cast of Derry Girls season 2?

The teen is the group’s ambitious leader who fancies herself as a writer.

Jackson, 25, is an up and coming talent who also starred in BBC series Broken with Sean Bean and Sky series The Five.

Speaking about the series she said: “Obviously, I’m from Derry myself, and I’m extremely proud of the show, and I think she’s portrayed Derry people so well, and the warmth of our city.”

She told Express.co.uk: “What our director Mike Lennox does so well is give every scene a real sense of honesty.

“When shooting outside, Mike will always give the scene a real sense of place and I don’t think he minded when the public was watching.

“It was quite a surreal experience when the public was watching, it was nice to get a clap or a round of applause, it felt like a play.

“Everyone was really respectful as well,” she added.

WILL THERE BE ANOTHER SERIES OF DERRY GIRLS? 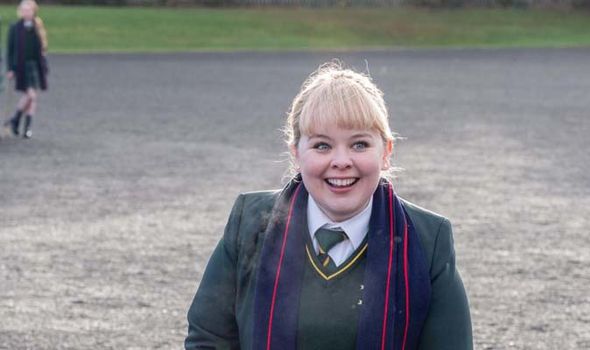 “I always think of her as a bit of a Machiavellian genius,” Coughlan said of her character.

While she masterfully plays a teen, the actress herself is actually 32-years-old.

One revelation at the end of season one was Clare coming out as a lesbian and Coughlan said she was “so delighted” to portray this.

“I know Clare was gay when I first got the script and didn’t realise the others didn’t know until they got the episode [script].

“So there was a six-month gap in which I was the only one out of the group that knew Clare was gay, and I didn’t realise.

“So everyone read episode six and went ‘Oh Clare’s gay!’

“It was very important how I played her, it was in my mind the whole time but I couldn’t be overt about it.

“Lisa wrote in the character description that Clare is gay but not ready to accept it yet, so that was in my mind also.”

“They’re all really supportive of her and all the characters have their rainbow pins on the whole time.”

Coughlan’s other acting credits include Hulu’s Harlots and appeared in Doctors.

IS THERE IMPROVISATION IN DERRY GIRLS? 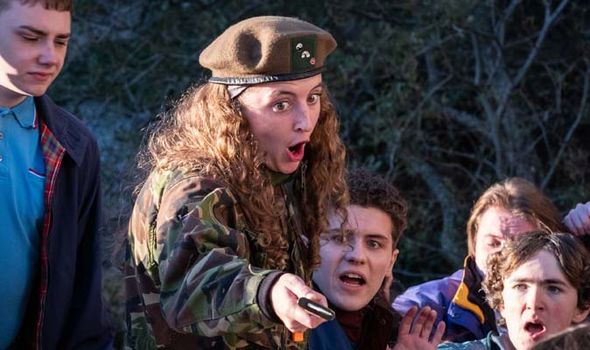 “I would describe her as being very free. She has no inhibitions,” Harland, 25 said.

The actress said she found taking on the Derry account “totally daunting”.

“You know I would do a general Belfast accent whenever I would try to do a Northern one so I used Saoirse [as a reference],” she told Express.co.uk.

“I didn’t know Saoirse was cast and funnily enough, my mum found a YouTube video of Saoirse acting and I used that.

“Only now can I admit that I can do it, it was a scary task.”

Saoirse, a Derry native herself, agrees that the girls from the Republic nailed their Northern accents. 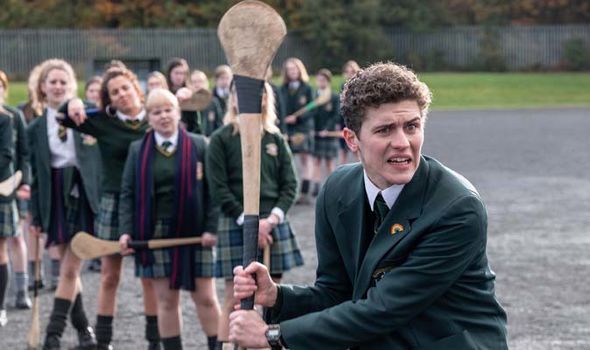 James’s mother is from Derry, and she went over to England to have an abortion but didn’t go ahead with it, so James was born, and grew up in England.

In the series, he is living with his cousin Michelle (Jamie-Lee O’Donnell).

“It’s all an uphill struggle for him, because he’s put in the all-girls school, as they’re scared he’s going to get beaten up in the boys’ school, for being English,” Llewellyn said.

The 26-year-old is from England and has also starred in Holby City and Hollyoaks. 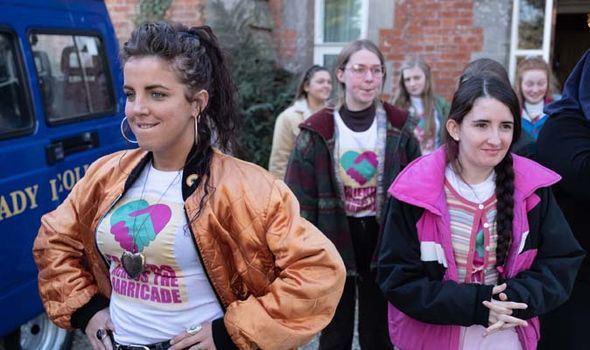 Michelle Mallon returns as force to be reckoned with Jamie-Lee O’Donnell for season two.

“She’s really feisty, really ballsy, doesn’t really care about authority, just sort of up for anything and up for a laugh,” she said of her character.

“I’m really proud of it. It seems to be going down well. I’m just delighted that a show, such a female-lead comedy and about Derry, is doing well across the world. It’s amazing.”

O’Donnell is 27 and from Derry herself. Her other acting credits include 6Degrees and Doing Money. 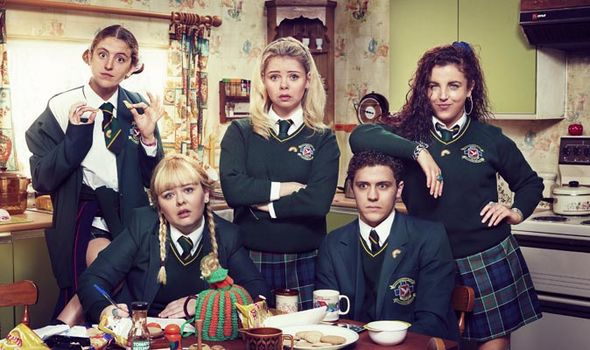 Season two will see the return of the show’s supporting characters like Game of Thrones’ Ian McElhinney as Granda Joe and legendary comedian Tommy Tiernan as Da Gerry.

“It’s funny because being away from Ian for a time, like he’s such an actor and I sometimes confuse him with Granda Joe a little bit.”

“You could really believe that Granda Joe is real,” Llewellyn said.

The gang’s school is also a common backdrop where they have to contend with the long-suffering head nun Sister Michael (Siobhan McSweeney).

Season two also sees the return of Leah O’Rourke as Jenny Joyce and Peter Campion will be back as the handsome priest Father Peter.

Death in Paradise’s Ardal O’Hanlon also has a role this season as Eamonn.

Derry Girls season 2 is streaming on Netflix and All 4