Dickinson’s Real Deal was back and David Dickinson was on hand to ensure the team were not ripping off the owners of the items available for sale. Expert Timmy had the task of valuing a paperknife which was scarily similar to that created by Faberge. The specialists had all gathered to take a closer look at the item but none of them knew whether or not it was an original or a fake. David intervened and the dealing table and the item went to auction, but was it a true Faberge item and did it sell?

“You’ve brought it something rather special,” Timmy said to the owner, Mark. “The box is a little bit of a giveaway if you’re in the know.

“It’s an olive wood box used for the presentation of items of Faberge.

“It’s a paperknife, made of jade or nephrite – Russian and this here will be rose cut diamonds. The head is silver, beak is gold, the eye could be garnets or rubies.”

Mark then explained how he came to own the item and said: “I basically collect knives and I was at a fair and a lady hadn’t put a price on it.” 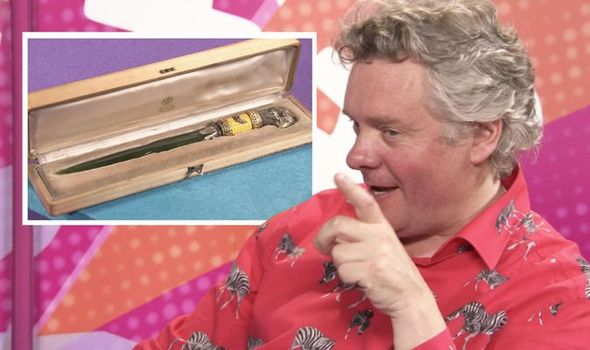 “Obviously, the name Faberge is world-famous,” Timmy remarked. “They started off in Russia, and Faberge had a warrant ti make items for the Russian royal family.”

“There are a lot of fakes around and they are faked really well. I think this falls into that category – it’s just my opinion.”

Mark as shocked by his comment and Timmy continued: “This would be a great deal of money if I were wrong.

“Let me make you an offer – but I’m airing of the side of caution.” 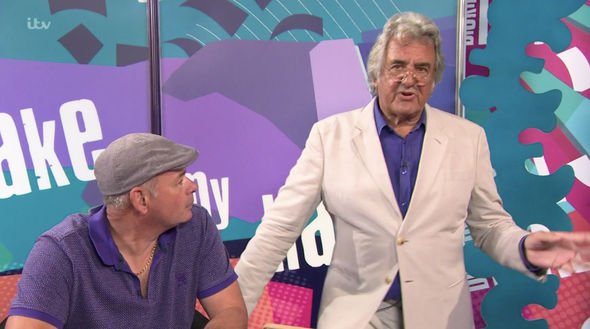 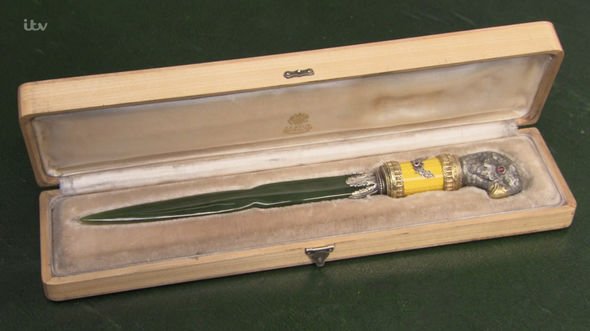 The owner refused Timmy’s offer and he suggested calling in David to “have a chin wag” with over the price.

“It might be a good idea to take to auction,” the presenter advised. “It has all the look of the great Faberge.

“I have consulted with a couple of people and they think this is either a copy meant to deceive or is made by a late 19th, early 20th-century factor in the style of Faberge.” 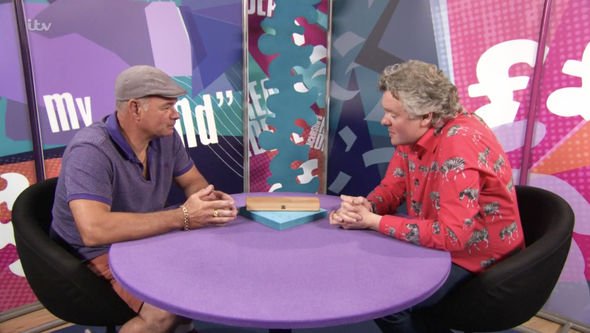 Eventually, Mark revealed he paid £1800 for the item initially and David said it would be 10 times that about if it was Faberge.

Before auctioning the item, David sent the item to a Faberge expert who knew straight away whether it was genuine or fake.

“There is one name that everybody wants to find at auction and that’s Faberge,” the man said. “Sadly it’s not Faberge, it’s a fake.

“We had it looked at by our consultant – and it’s a really good one [fake].”

Those watching at home then saw the auction start and the online offer was £400 higher than those bidding in the room.

Despite lots of encouragement from the auctioneer, the item failed to even get a bid.

“There’s a lesson to be learnt from this, you saw something and punted on it,” David remarked. “Take it home and get onto the real search – it might be a real one!”

END_OF_DOCUMENT_TOKEN_TO_BE_REPLACED

END_OF_DOCUMENT_TOKEN_TO_BE_REPLACED
We and our partners use cookies on this site to improve our service, perform analytics, personalize advertising, measure advertising performance, and remember website preferences.Ok