Did Ahsoka Tano Ever Have a Love Interest? It Got Close, Especially in Early Drafts of 'The Clone Wars' Last Seasons

Ahsoka Tano is having a resurgence in popularity right now, but she’s been a fan-favorite for a while. She stepped onto the scene in 2008 in Star Wars: The Clone Wars, and had to wade through a lot of hate in the beginning. However, after a few seasons, many saw how great of a character and fighter she was. Not to mention, how much she was like her master, Anakin Skywalker.

One way that she wasn’t quite like him, though, was through attachments. That’s not to say she didn’t have any or wasn’t close to anyone. But there weren’t any that were as close as, say, Padmé Amidala. However, that doesn’t mean that Ahsoka Tano didn’t get close to having a love interest.

Ahsoka Tano was a Jedi, but that doesn’t mean she didn’t have some little flirtations 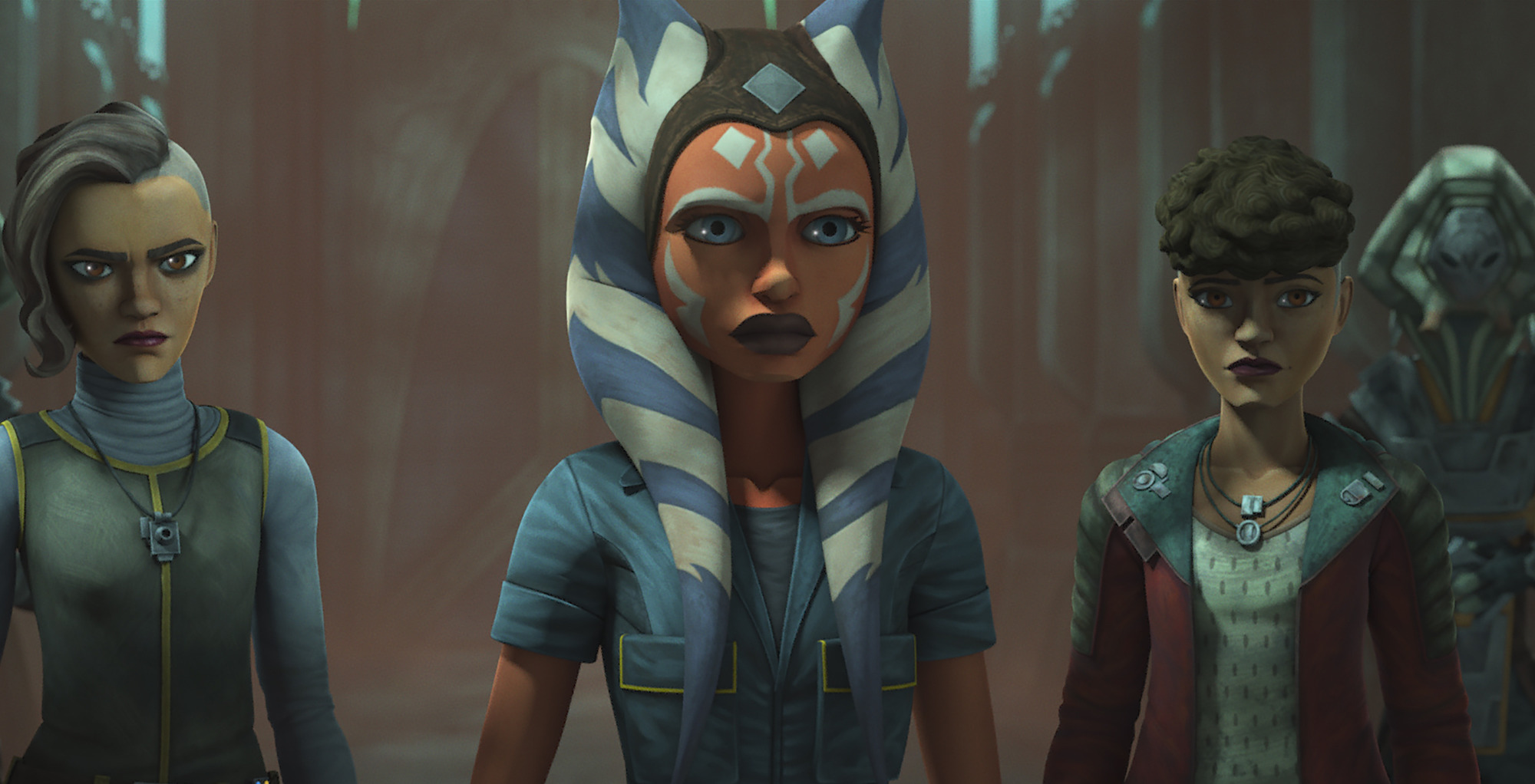 When Ahsoka was really young, a comic book called The Clone Wars: Crash Course, which is no longer canon, had Kidd Kareen as Ahsoka’s first “love interest.” Loose terms because they were very young, it lasted one issue, and it was mostly just flirting with an almost-kiss. But still.

It really wasn’t until Season 3 when Ahsoka met Lux Bonteri that any type of canon flirtation happened.

Lux was the son of a Separatist senator, and so right off the bat, Ahsoka saw him as an adversary. It’s not until she got to know him that she realized that just because he’s on the opposite side of war doesn’t mean their wants and desires are all that different. He taught her a lesson in tolerance. And in turn, they continued their relationship, which grew and became more and more intense.

They did share a kiss later on — as part of an act and not entirely to Ahsoka’s liking — and Ahsoka did experience some jealousy later. But they were never anything more than good friends and later rebellion allies on Oberon.

Even though nothing ever became that serious with Ahsoka and Lux, something was sort of planned with another, new character before Star Wars: The Clone Wars was canceled in 2013.

Before that cancelation, Dave Filoni — supervising director and co-creator of The Clone Wars — said that Ahsoka Tano had three more arcs left. As fans know, she got two shortened versions of those arcs in the final, seventh season that premiered in early 2020.

In an early version of Ahsoka’s Underworld Walkabout, she was going to more of a love interest

In early versions, there was a “scoundrel” character, like Han Solo, by the name of Nyx Okami who Ahsoka was going to meet in the Underworld of Coruscant. Lucasfilm Story Group’s Pablo Hidalgo joked at Star Wars Celebration Europe in 2016 that Ahsoka might have a thing for people with names that end in “x” because Nyx and Ahsoka became very close in the arc he appeared in.

Filoni went into how Nyx was “also an attempt” to “have an Asian male lead in Clone Wars.” It was also going to show a different side of Ahsoka, a side that didn’t have the fate of the galaxy resting on her shoulders. He equated it almost to a John Hughes movie — think Sixteen Candles or Ferris Bueller’s Day Off — with how it was just two teenagers doing teenager things in the Star Wars galaxy. That is, if one was Force-sensitive and the other was loosely connected to Coruscant Underworld crime syndicates, from the sound of it.

Ashley Eckstein, who voices Ahsoka, joked that they were “beating around the bush a little bit” and that “Ahsoka had a boyfriend for a hot minute, and his name is Nyx Okami.”

Filoni stated that he has a “paternal” eye over Ahsoka but also was conscious of not doing a romance within The Clone Wars that rivaled or even came close to the intensity that Anakin and Padmé had.

In the ‘Ahsoka’ novel, Kaeden Larte has feelings for Ahsoka but Ahsoka isn’t in the headspace for that

He said that Ahsoka’s story was never meant to be about romance in the broader, love sense. Her “romance” involved developing her own identity.

“With Ahsoka, I was very careful to try to represent to, especially young girls, the idea that they don’t have to make these decisions very black and white,” he said. “They don’t have to just be with someone just because. Just like her decision to leave the Jedi, she can do independent things because that’s what she chooses to do.”

The Clone Wars was so shortened and the importance of the season went toward developing Ahsoka’s strained relationship with the Jedi and her realizing more and more that they’re not who she was taught to believe they were. That’s why Nyx Okami was changed out for the Martez sisters, to show that as opposed to a semi-love story.

In the Ahsoka novel, she comes in contact with her first form of one-sided love. Kaeden Larte is a farmer on Raada, a planet where Ahsoka goes to hide out a year after the Jedi Purge. She develops feelings for Ahsoka, without knowing who she really is. Ahsoka, for her part, is going through a lot of trauma. She’s dealing with survivor’s guilt and PTSD while also trying to stay under the Empire’s radar.

It’s not until the end of the novel that Kadeen makes her feelings known. But Ahsoka’s in no position to feel that way about anyone. And from what fans see of the former Jedi, it doesn’t seem like she ever does again. However, as Filoni stated above, that’s not really a major focus of her character. Plus, who knows what the future brings.