Mayer replaces John Skipper, who will remain on DAZN board 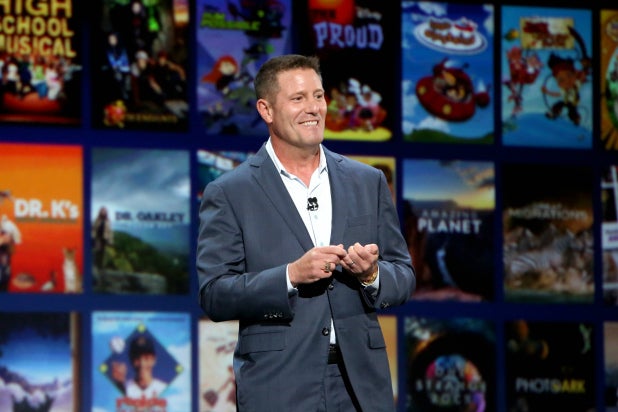 Former high-ranking Disney executive Kevin Mayer has been named chairman of the board at sports streaming service DAZN.

Mayer effectively replaces John Skipper, though Skipper will remain on DAZN’s board of directors and serve as a “strategic adviser.” Mayer was previously chairman of direct-to-consumer and international operations at Disney. In addition to running Disney+, Hulu, ESPN+ and Hotstar, Mayer oversaw the company’s global ad, content and channels sales.

The Mayer appointment comes as no surprise. Kevin joined DAZN’s parent company as a senior adviser in November.

John Skipper, who joined DAZN Group in 2018, is stepping down to focus his efforts on Meadowlark Media, a newly launched content company.  Skipper will remain on the DAZN Group Board of Directors and also serve as a strategic adviser to DAZN.  Additionally, DAZN intends to invest in and collaborate with Meadowlark on original programming projects in the future.

Skipper, the former head honcho at ESPN, stepped down from his day-to-day duties at DAZN to launch content company Meadowlark with fellow ESPN alum Dan Le Batard. DAZN “intends to invest in and collaborate with Meadowlark on original programming projects in the future,” the company said as part of Wednesday’s Mayer announcement.

“I’m incredibly proud of what the team has accomplished over the past several years. We’ve secured rights to the world’s premier sports leagues, dramatically increased subscriptions and revenues, and launched our platform in more than 200 countries and territories,” Skipper said. “It’s the ideal moment to transition the company into its next phase of growth. Having worked closely with Kevin at The Walt Disney Company for more than two decades, I can’t think of a better person to lead the DAZN Group board of directors.”

“As chairman, I’m looking forward to partnering with the management team and my fellow directors to help DAZN build on its impressive track record of success in developing a truly global sports platform,” Mayer said. “Since I began working with Access Industries last year, I’ve been impressed with DAZN’s ambitions and ability to quickly grow from a new entrant to an important player in key markets throughout the world. I look forward to guiding DAZN’s strategic development into its next chapter.”

“As the world of sports and media continues to transform, DAZN Group remains a key holding within the Access portfolio,” Len Blavatnik, chairman of Access Industries and DAZN Group’s majority investor, added. “A seamless transition from John to Kevin and the recent move to deepen the executive team’s expertise with co-CEOs James Rushton and Shay Segev will accelerate the company’s momentum.”