Disney Resort's 'Star Wars: Galactic Starcruiser' Prices Are Out of This World 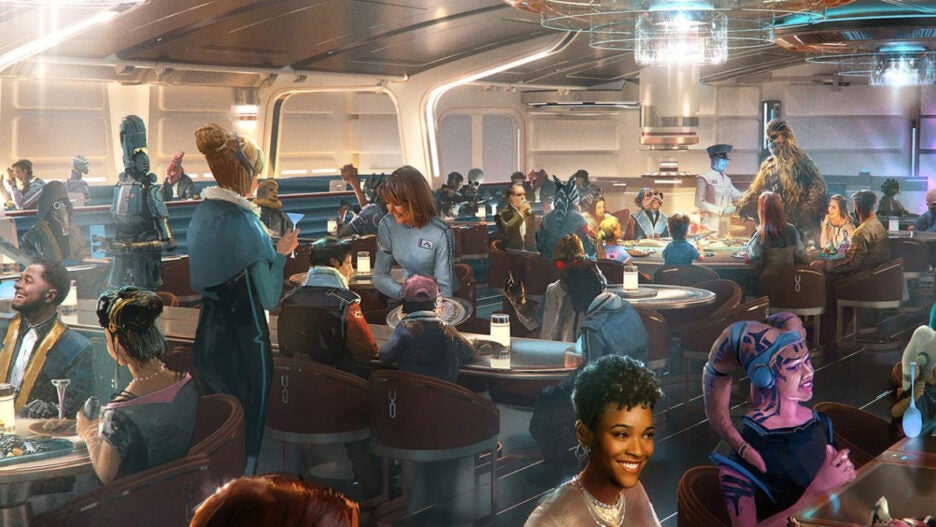 Plans for Walt Disney World Resorts’ lavish Star Wars: Galactic Starcruiser — a lavish hotel and attraction situation coming to the Orlando, theme park in 2022 — were unveiled with much fanfare in August 2019 at the D23 Convention in Anaheim. However, it was not until last week that Disney enthusiasts learned how much the new attraction might hit them in the pocketbook.

Instead of a grand announcement at a fan convention, Disney Resorts quietly dropped the news on Twitter last week:While visiting the new attraction may be cheaper than catching a ride into the cosmos with billionaire space tourists Richard Branson or Jeff Bezos, an all-inclusive stay in one of 100 cabins on the “ship,” can cost $4,089 for two guests per standard cabin, $5,299 for three guests per cabin (two adults, one child) and $5,999 for four guests (listed as a combo of three adults and one child). The option also includes a two-bedroom Grand Captain’s Suite, with premium pricing not yet confirmed.

In a Disney third quarter company earnings call on Thursday, Disney CEO Bob Chapek was bullish about the return of business to Disney’s theme parks, resorts and cruises. Last month the company launched its first U.S.-based Disney Magic Cruise since the start of the pandemic. Chapek also trumpeted high expectations for new offerings including a multi-year transformation of Walt Disney World’s Epcot Center, including a new nighttime pyrotechnic spectacular called Harmonius that launches on Oct. 1 — and, of course, the Galactic Starcruiser.

Others are not quite so hopeful. Although the cabin arrangements seem targeted for families, media strategist Gary Snyder told TheWrap the pricing seems anything but family-friendly. “Once you move beyond the small pool of superfans, the market for this product does not exist,” he said. “It does not appear as though the model that was employed here took into account a family experience…the packages almost place the children as an afterthought.”

The Verge website offered this disparaging comment: “There’s no way to look at Galactic Starcruiser as anything but an exorbitantly priced hotel, even by Disney standards.” USA Today said a Starcruiser visit would cost “more than a mortgage.”

Twitter reactions to Galactic Starcruiser plans and prices have been appearing steadily on the social media platform since Disney posted prices August 4.Most are complaining about the “stratospheric” costs, but others are so excited about the experience that they would pay any price to dive in. 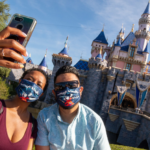 And the beat goes on:

A Walt Disney World spokesman did not specifically address pricing but said in an email to TheWrap: “Star Wars: Galactic Starcruiser is an immersive two-night vacation experience that includes interactive themed entertainment, storytelling and adventures, exotic dining, time spent in Star Wars: Galaxy’s Edge at Disney’s Hollywood Studios and more, blended together to create a brand-new experience, and has been priced to provide a great entertainment value for our guests.” 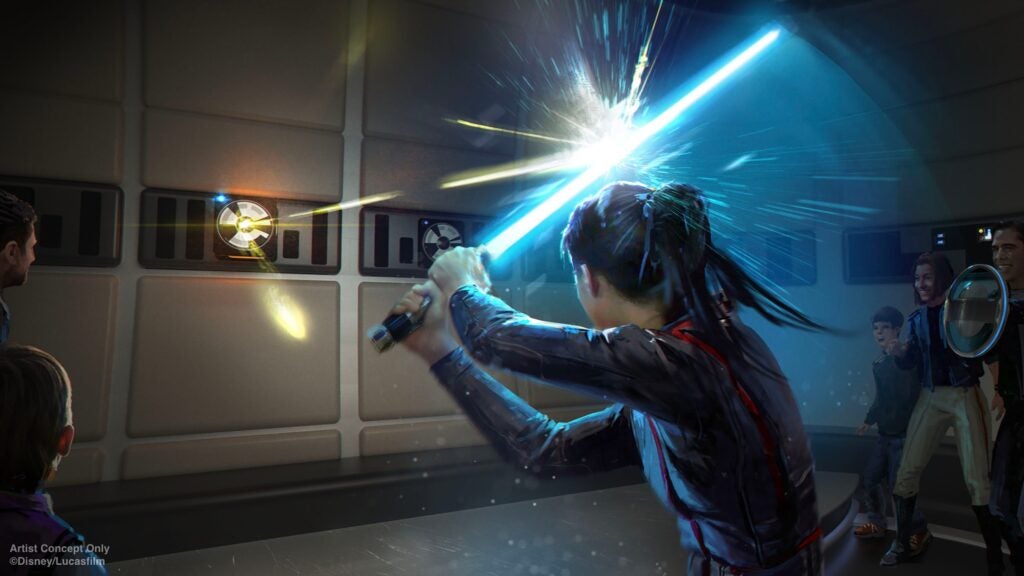 An individual with knowledge of the resort said the naysayers are unfairly comparing the prices to overnight stays in any of Disney World’s more than 20 resort hotels — which average between $200 and $600 per night for a standard room — and accounting for the fact that Galactic Starcruiser offers a wealth of otherworldly gourmet food, immersive activities and entertainment for the duration of the stay, all part of the two-day price.

According to the Walt Disney World website, “Star Wars: Galactic Starcruiser is like nothing else you’ve ever experienced: part live immersive theater, part themed environment, part culinary extravaganza, part real-life role-playing game—and yet so much more. While your story unfolds, you’ll have the power to choose your path. Will you follow the rule of the First Order or join the Resistance in a secret plot? Strike a bargain with a gang of smugglers or sit back, sip a cocktail and watch it all from a safe distance?

“The choice is yours as you step aboard the most immersive ‘Star Wars’ story ever created — one where you live your own ‘Star Wars’ adventure!”

Galactic perks include “new, more realistic” light sabers from Disney Imagineering and the option for cosplay and or interacting with actors portraying popular “Star Wars” characters. You may dress in full costume if you wish as one of your favorite characters.

However, from the video below, one may assume you will not meet Stephen Colbert on board the Starcruiser: